New observations from the Hubble Space Telescope have changed our understanding of star formation as what scientists previously believed may have been an off-switch for the process does not work that way after all. The telescope shows that the powerful astrophysical jets and stellar winds that flow from young stars do not have the expected effect of extinguishing the process of stellar growth, posing a major problem for current models of star formation.

The birth of a star is a long process, relatively. Scientists commonly find stars at different phases of formation and put the pieces together. The most accepted model undergoes this process: First, start with a dense clump of material in a cloud of cool, interstellar molecular gas.

The clump then collapses under its own gravity, formating a protostar that begins to spin, causing the material to form a disk. This spools into the growing star, drawn by its strengthening gravitational pull.

However, only 30 percent of the cloud's mass ends up in the star. It was previously thought that as the star grows, it produces a powerful interstellar wind.

Material falling into the stars begins to interact with its magnetic fields, flowing along magnetic field lines to the poles, where it is spewed into space as plasma jets.

The outward push, called stellar feedback, creates a larger cavity into the molecular cloud around the star, depriving it of material for growth, eventually determining the star's final mass.

In this new study, astronomers examined 304 protostars in the Orion Complex star-forming region and found no evidence that the outflow cavities steadily grow as the star rapidly grows. 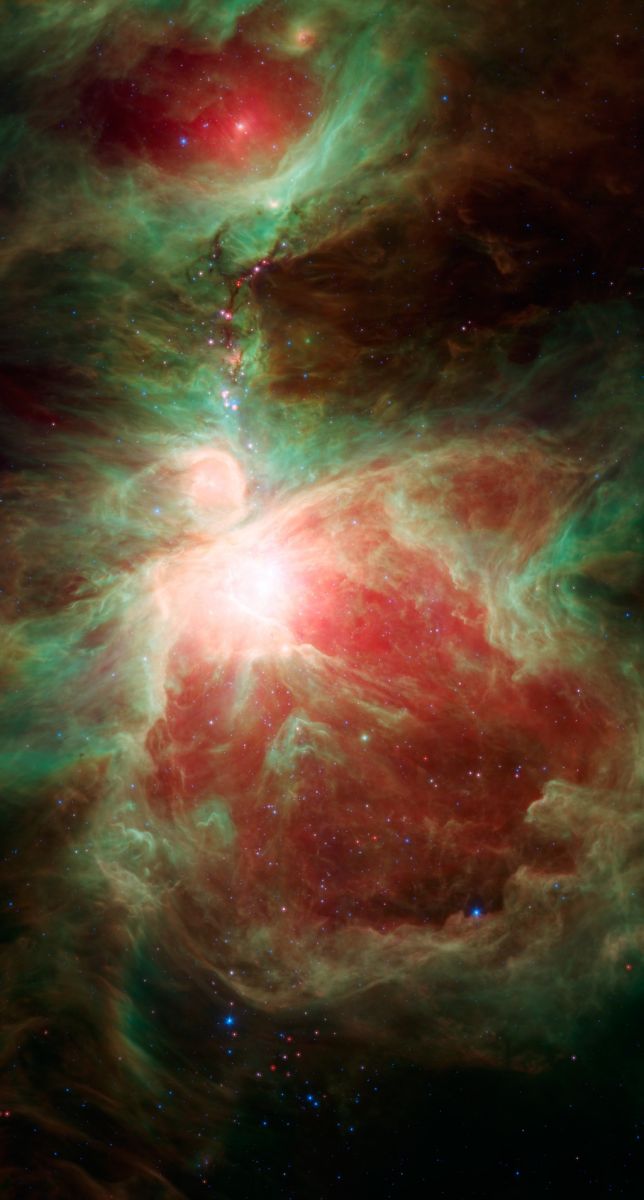 "In one stellar formation model, if you start out with a small cavity, as the protostar rapidly becomes more evolved, its outflow creates an ever-larger cavity until the surrounding gas is eventually blown away, leaving an isolated star," explained astronomer Nolan Habel of the University of Toledo (UT).

"Our observations indicate there is no progressive growth that we can find, so the cavities are not growing until they push out all of the mass in the cloud. So, there must be some other process going on that gets rid of the gas that doesn't end up in the star."

The researchers needed data from a number of space telescopes. The Herschel Space Observatory and Spitzer Space Telescope conducted surveys of the Orion Complex to make a catalog of hundreds of protostars, which was sorted out by age by Habel and his team

They then took observations of the surrounding cloud region using Hubble. While optical light can't infiltrate a protostellar cloud, infrared wavelengths are able to do so. The light of the forming star reflects off the boundaries of the cavity, allowing the researchers to map its size. 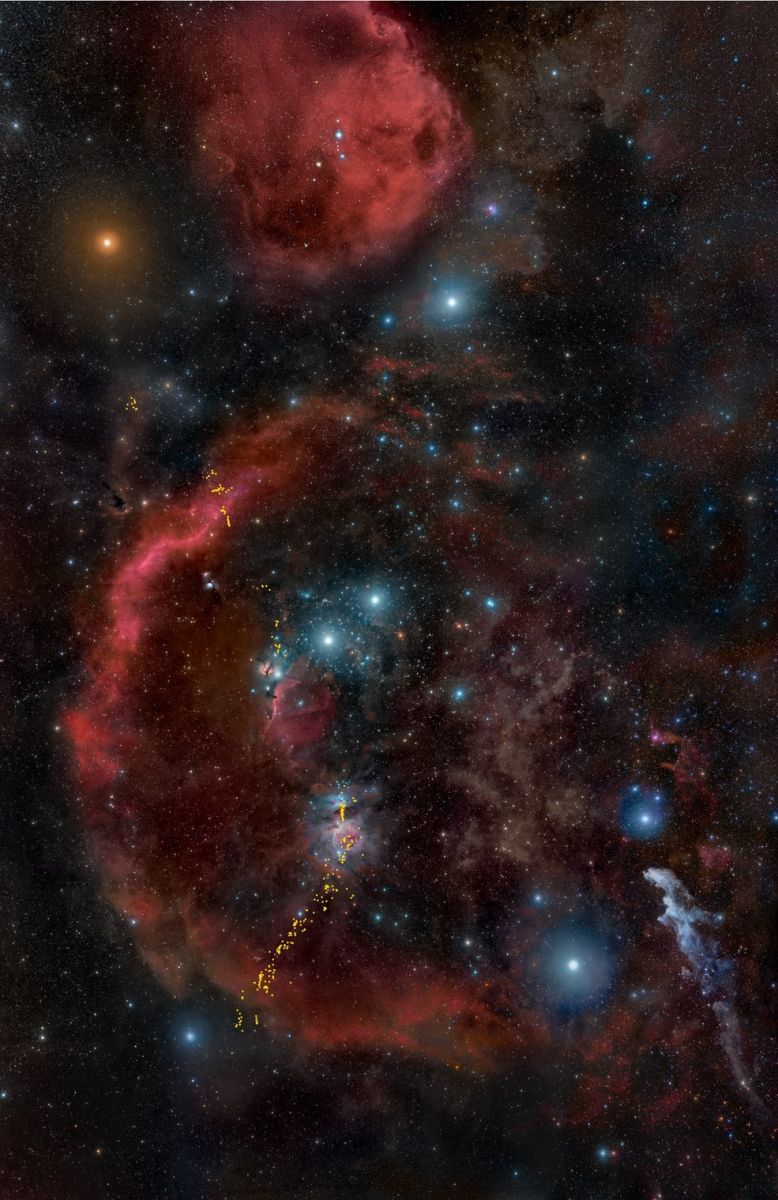 "We find that at the end of the protostellar phase, where most of the gas has fallen from the surrounding cloud onto the star, a number of young stars still have fairly narrow cavities," stated Tom Megeath of UT.

"So, this picture that is still commonly held of what determines the mass of a star and what halts the infall of gas is that this growing outflow cavity scoops up all of the gas. This has been pretty fundamental to our idea of how star formation proceeds, but it just doesn't seem to fit the data here."

It's still possible that the jets and winds play some role in the formation of stars, but the role does not seem to be as important as what was previously thought, the researchers added. It's possible that slower and higher density outflows could be responsible. However, they can't exactly tell for now without more detailed observations.

With this new study, astronomers will be looking to model and simulate star formation to identify other mechanisms that could halt the growth of stars, with a much smaller contribution from stellar feedback.

We study protostellar envelope and outflow evolution using Hubble Space Telescope NICMOS or WFC3 images of 304 protostars in the Orion Molecular clouds. These near-IR images resolve structures in the envelopes delineated by the scattered light of the central protostars with 80 AU resolution and they complement the 1.2-870 micron spectral energy distributions obtained with the Herschel Orion Protostar Survey program (HOPS). Based on their 1.60 micron morphologies, we classify the protostars into five categories: non-detections, point sources without nebulosity, bipolar cavity sources, unipolar cavity sources, and irregulars. We find point sources without associated nebulosity are the most numerous, and show through monochromatic Monte Carlo radiative transfer modeling that this morphology occurs when protostars are observed at low inclinations or have low envelope densities. We also find that the morphology is correlated with the SED-determined evolutionary class with Class 0 protostars more likely to be non-detections, Class I protostars to show cavities and flat-spectrum protostars to be point sources. Using an edge detection algorithm to trace the projected edges of the cavities, we fit power-laws to the resulting cavity shapes, thereby measuring the cavity half-opening angles and power-law exponents. We find no evidence for the growth of outflow cavities as protostars evolve through the Class I protostar phase, in contradiction with previous studies of smaller samples. We conclude that the decline of mass infall with time cannot be explained by the progressive clearing of envelopes by growing outflow cavities. Furthermore, the low star formation efficiency inferred for molecular cores cannot be explained by envelope clearing alone.