A tropical low pressure area formed in the Eastern Pacific Ocean today, about 8 days before the official Eastern Pacific hurricane season begins. Formation of a significant tropical cyclone is possible within the next 12 to 24 hours.

Dynamic models show a general northeastward track with slow development as the system tracks toward the Mexican coast. 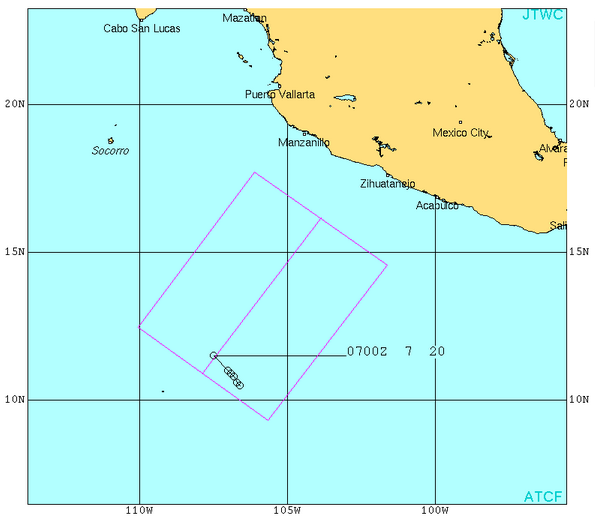 NASA's Aqua satellite passed over developing tropical low pressure system 90E on May 7 at 08:41 UTC and infrared data from the Atmospheric Infrared Sounder (AIRS) instrument aboard, showed that some of the thunderstorms had high, cold cloud top temperatures as cold as -52C/-63F, indicating there was some strong uplift in the system. 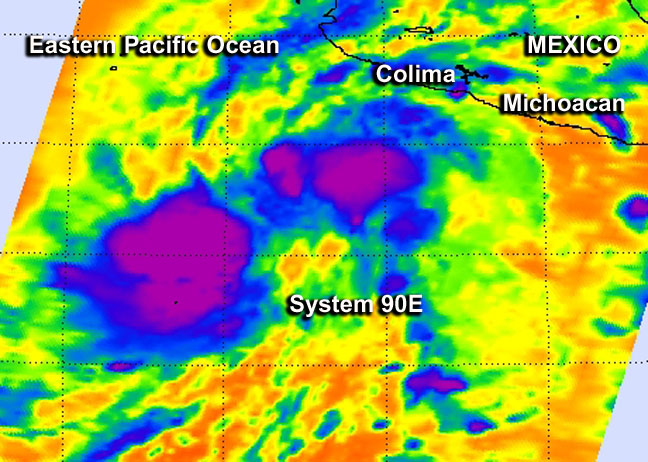 According to NHC, System 90E is a broad area of low pressure located about 643 km (400 miles) south-southwest of Manzanillo, Mexico (south-southeast of Michoacán state coast). The low pressure area consists of a large area of cloudiness and thunderstorms. The system is still organizing and satellite data suggest that it still lacks a well-defined center.

NHC expects System 90E to move northeastward toward the southwestern coast of Mexico, so residents should pay attention to it. 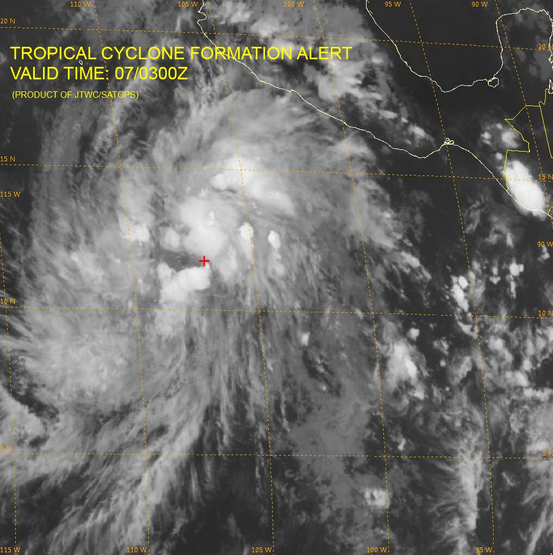 Even if not a tropical depression, low pressure areas containing thunderstorms with cold cloud top temperatures as those seen in today's AIRS imagery, can still drop heavy rainfall.

Regardless of development, locally heavy rains will begin to affect portions of southwestern Mexico today. (NHC/GODDARD)