Tropical Storm "Norbert" was formed on September 2 about 180 miles (285 km) southwest of Manzanillo, Mexico's Pacific coast. Around 03:00 UTC on Friday, September 5, Norbert was Category 1 hurricane with maximum sustained winds around 90 mph (145 km/h). It was strengthening and dumping heavy rain along the tourist-friendly coast of the Baja California peninsula. 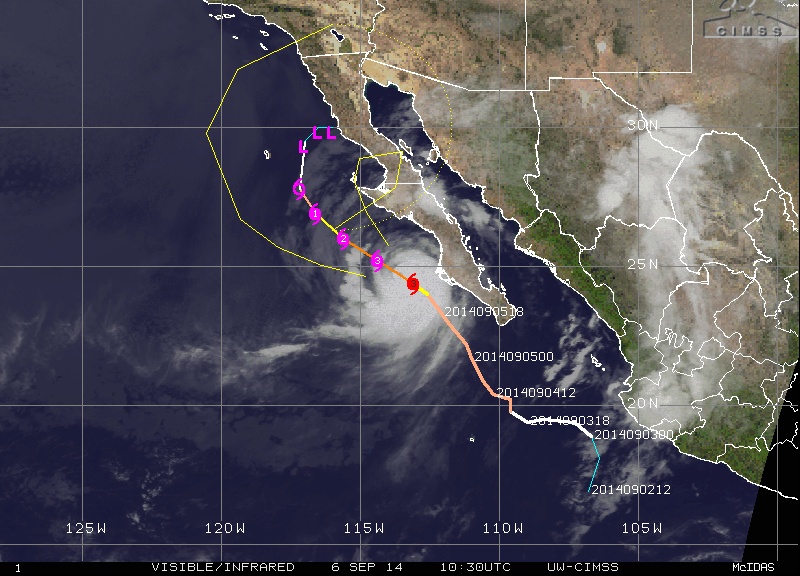 "Heavy rain is expected to continue in the coming hours – heavy rains (75 to 150 mm) are expected in Baja California Sur, Nayarit, Sinaloa and Sonora; very strong (50 to 75 mm) in Baja California; strong (25 to 50 mm) in Jalisco and Michoacan and less intense in Colima" 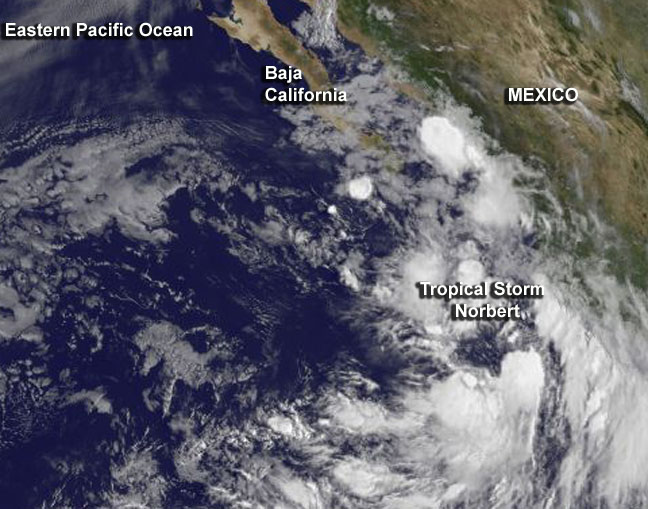 This GOES-West satellite image of Tropical Storm Norbert was taken at 12:00 UTC on September 2 and showed some bands of thunderstorms had formed south of the center of circulation, and around the center. Image credit: NASA/NOAA GOES Project 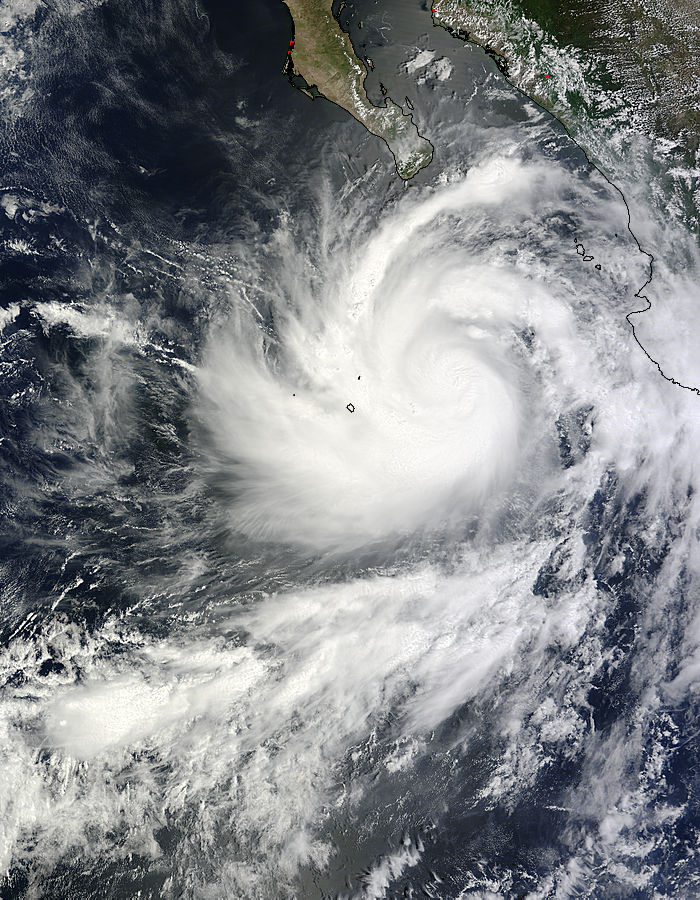 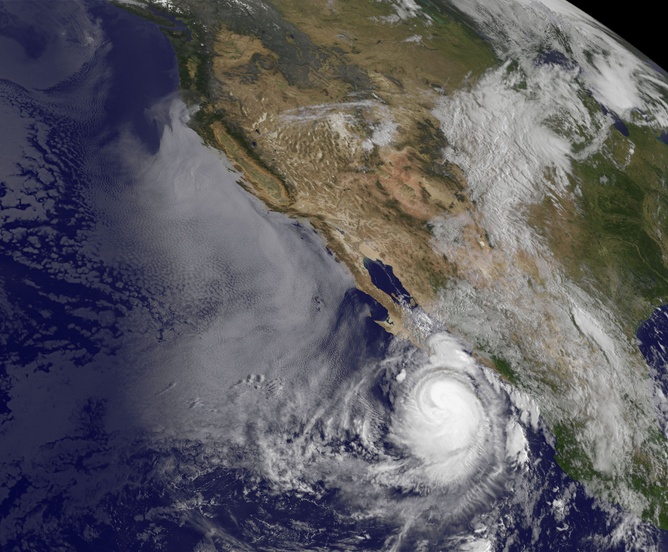