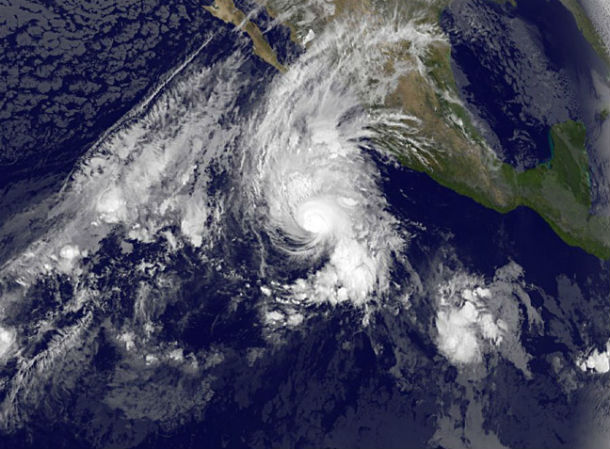 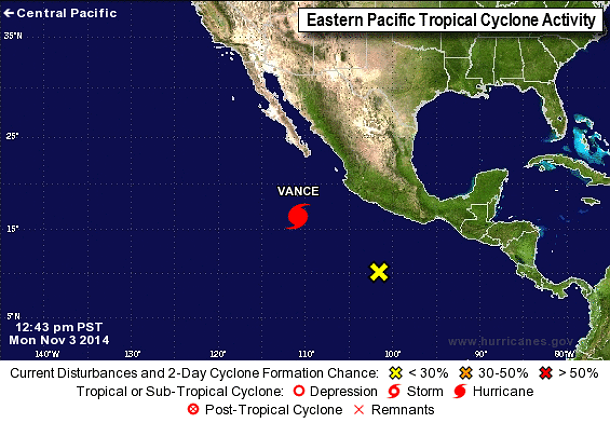 ​Rough ocean swells are expected along the coast of southwestern Mexico and Baja California Sur in the next 24 hours.

The NHC believes that Vance has peaked in intensity and will begin to rapidly weaken in the next couple of days as it curves to the coast near the border of Mexico and California. Strong vertical shear over Vance is forecast to rapidly weaken the system to a tropical depression after the next 24 hours.

The system is expected to dissipate by early November 7, 2014. Vance and its remnants are likely to spread northeastward across Mexico and into the south-central United States during the next several days, bringing heavy rains through November 6/7, 2014. 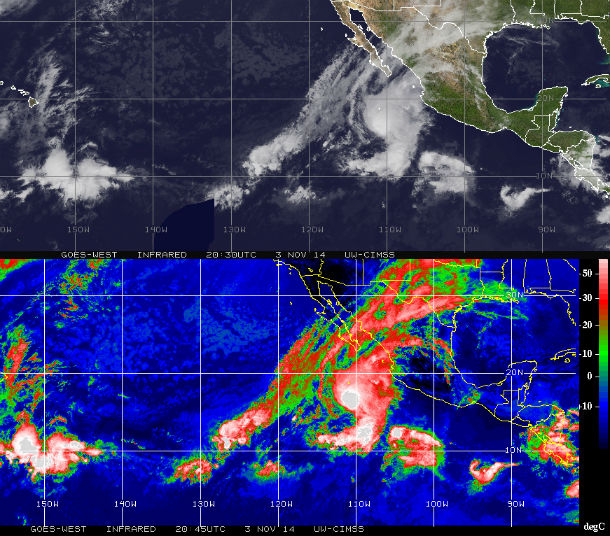