The actual eruption was probably much stronger than its nominal classification due the location and eclipse of the flare. 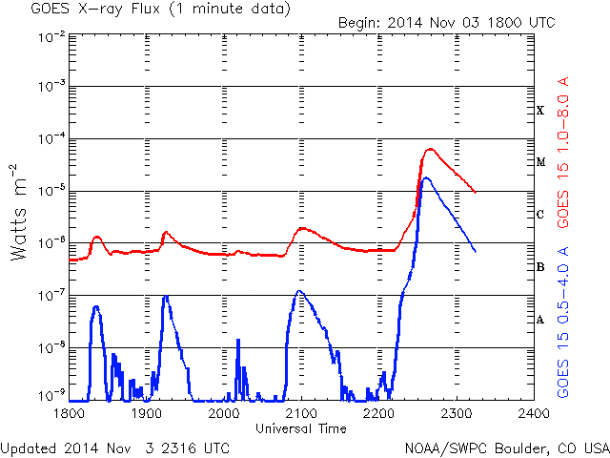 Additionally, a Type II radio emission with estimated velocity of 601 km/s was associated with the event. Type II emissions occur in association with eruptions on the sun and typically indicate a coronal mass ejection is associated with a flare event. 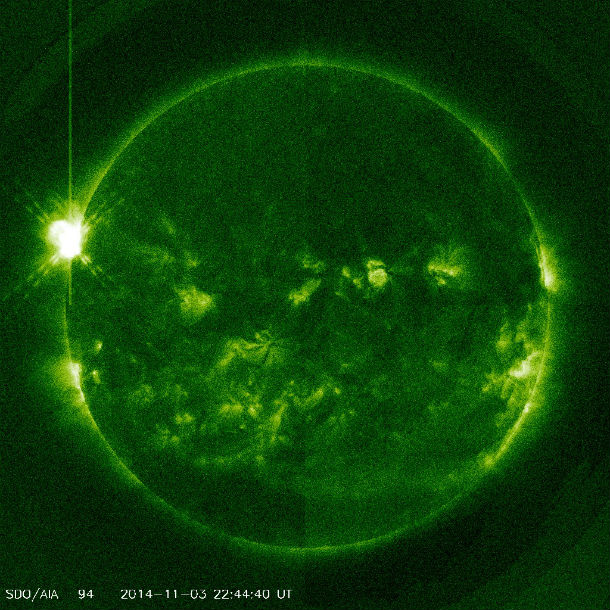 This incoming active region already produced coronal mass ejections while traversing the farside and is just about to turn into view off the northeast limb. We can expect moderate to high solar activity from this active region during its transition through the Earth-facing side of the sun.

Under the influence of a coronal hole high speed stream, solar wind conditions may become slightly elevated in the next 24 to 48 hours with associated unsettled and possibly active geomagnetic conditions.

The proton flux has been increasing and decreasing several times since November 1 at 14:30 UTC. The sequence of several rises indicates the relation with several solar events. Further increases of the proton flux and in the next 24 hours are likely, with chances for a stronger proton event. 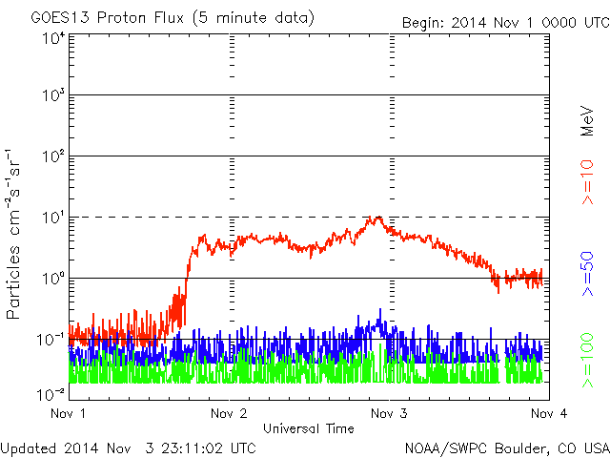