An asymmetric partial-halo Coronal Mass Ejection (CME) erupted from Region 2497 late February 11, 2016. The CME was, at least in part, produced by a long duration C8.9 solar flare that peaked at 21:03 UTC.

Associated with the event were Type II and Type IV radio sweeps (estimated shock speed of 483 km/s). Initial analysis suggests this CME has an Earth-directed component and is expected to arrive early on February 15, causing periods of G1 – Minor geomagnetic storming.

At 10:47 UTC on February 12, the same region erupted with M1.0 solar flare (R1 – Minor radio blackout). There were no radio signatures that would suggest a CME was associated with that event. 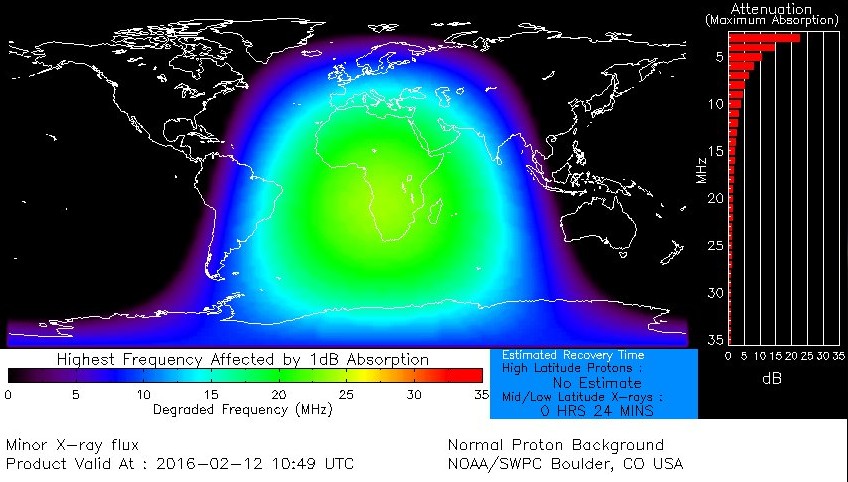 Slight growth and consolidation was observed in Region 2497 as well as the formation of a delta within its larger intermediate spots over the last 30 hours.

SWPC forecasters expect C-class flares with a chance for another R1 – Minor event over the next few days. 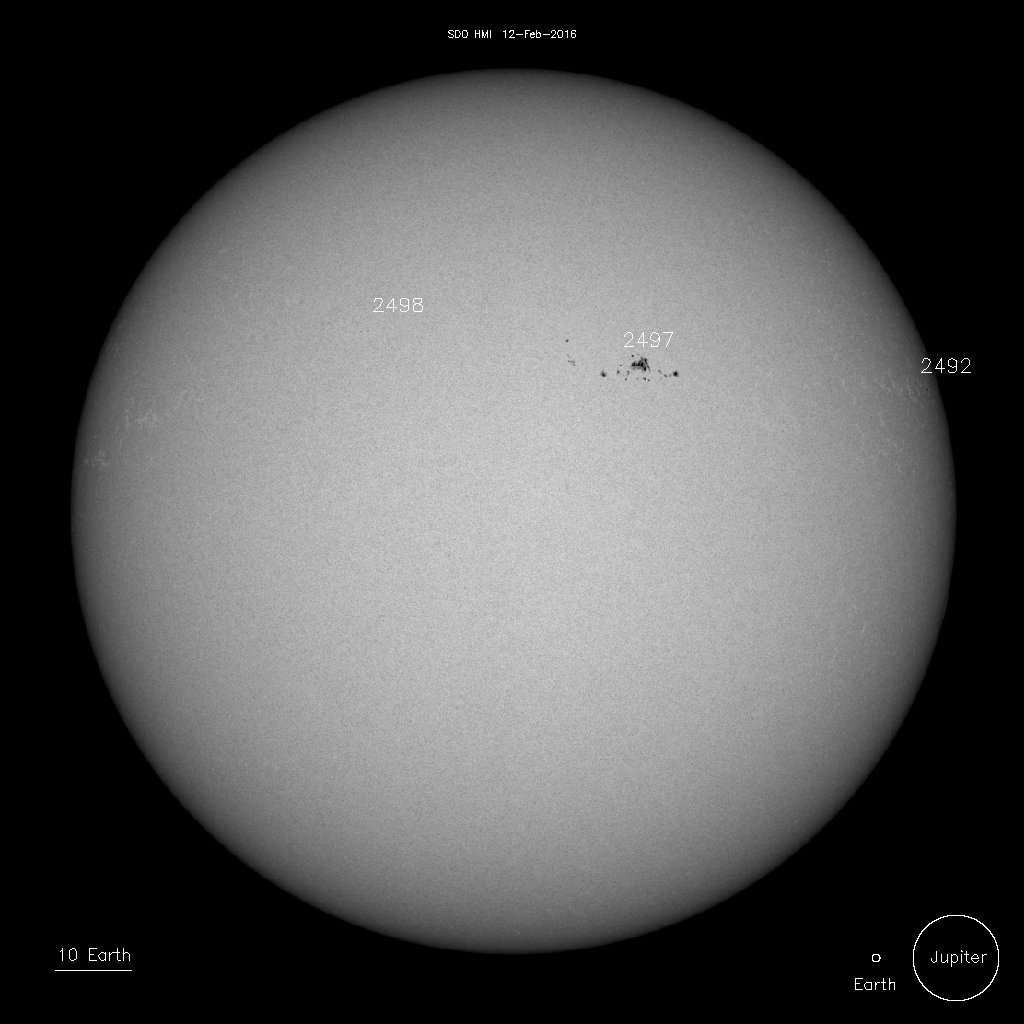 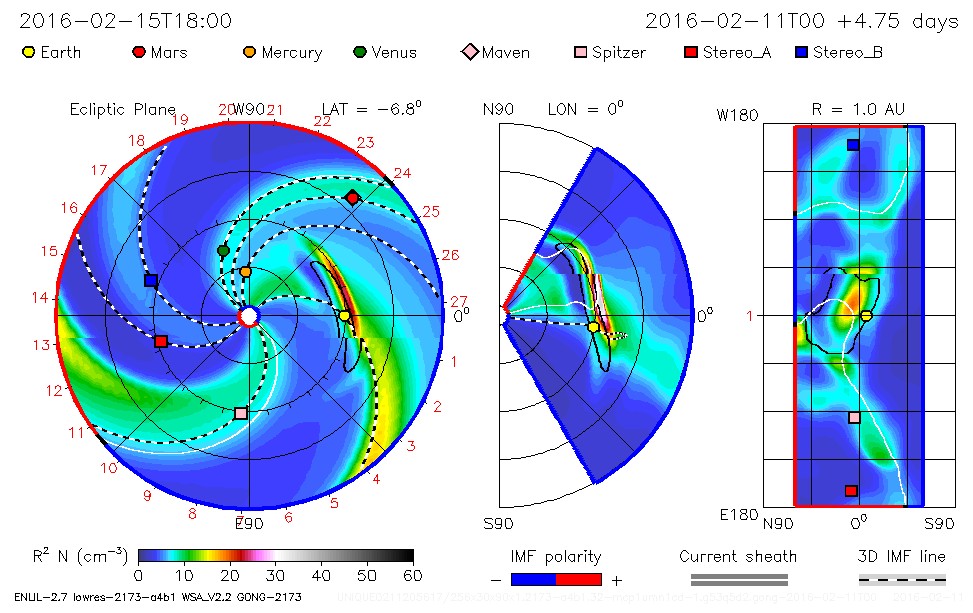