Analysis from the July 17th CME suggests a possible impact from the slow moving plasma cloud sometime early on July 21.

Earth's magnetic field is currently at quiet levels and is expected to remain like that through the rest of the UTC day.

Quiet to unsettled conditions are then expected, with an active period likely on July 20, due to effects from a recurrent negative polarity CH HSS.

Active levels with a slight chance for G1 – Minor storm conditions are possible early July 21 with the arrival of the anticipated CME, combined with continued CH HSS effects (CH750 on the image below). 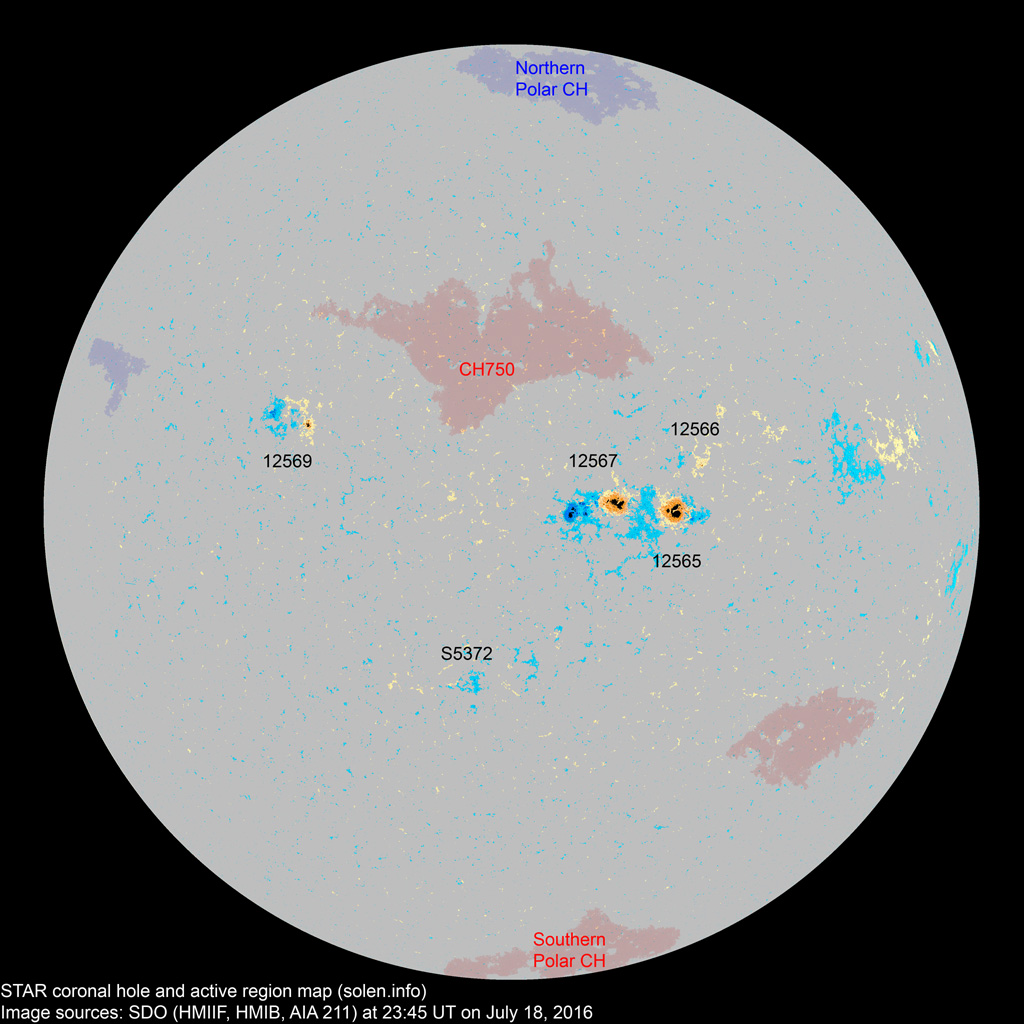 Meanwhile, solar activity is at low levels and is expected to remain like that over the next three days (July 19 – 21). There is a chance (25%) for M-class flares due primarily to the flare potential from Regions 2565 and 2567.

Region 2567 is still directly facing our planet. If it manages to produce a CME today or over the coming days, it will be Earth-directed. 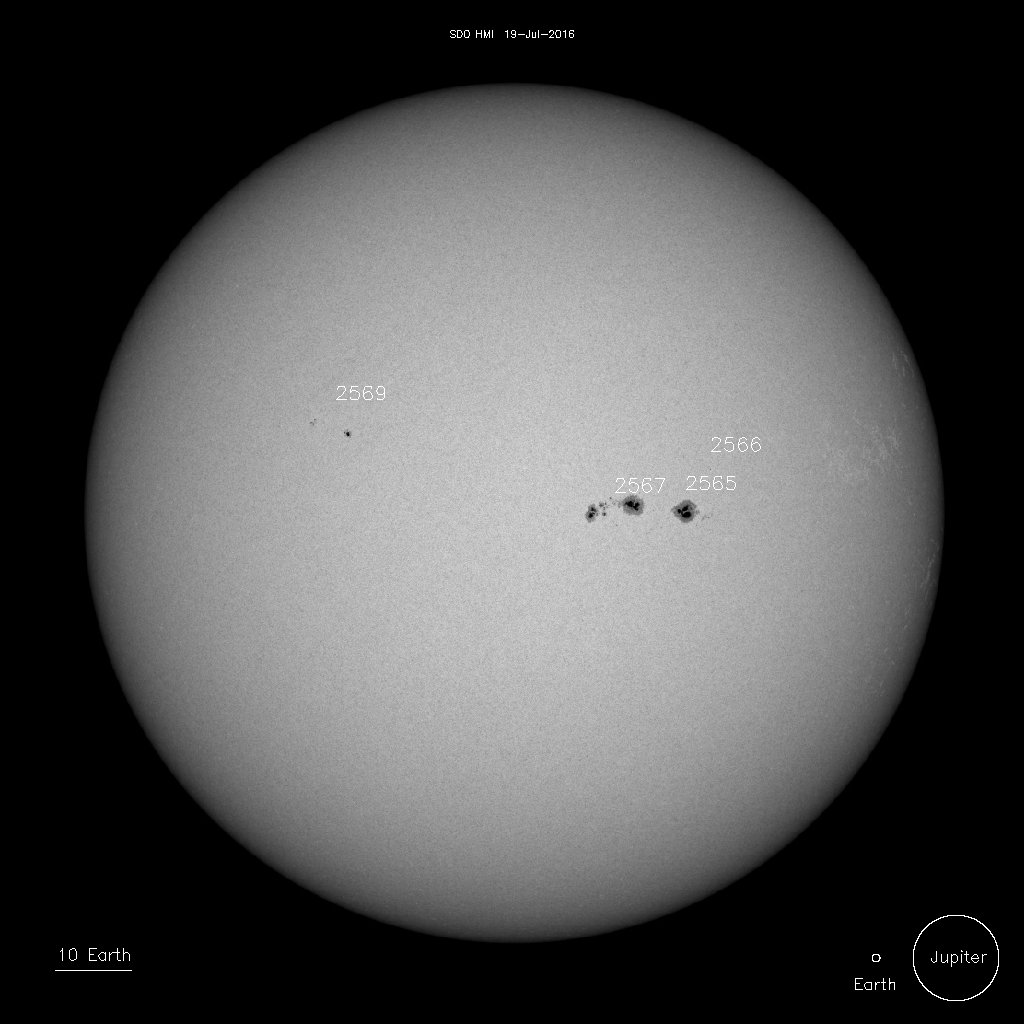