A solar filament eruption took place shortly before 12:00 UTC on February 20, 2021, producing a partial-halo CME. Analysis suggests a glancing blow from the periphery of the CME is likely on February 23 or 24.

The CME signature was first observed in SOHO/LASCO C2 imagery beginning at 12:00 UTC on February 20.

Analysis and modeling of the event suggest the bulk of the plasma is headed downstream of Earth. However, a glancing blow from the periphery of the CME is likely on February 23 or 24, SWPC forecasters said.

Unsettled to active geomagnetic field levels are likely as a result, with a chance for isolated G1 – Minor storm conditions.

Total field generally ranged from 4 – 7 nT while the Bz component remained mostly southward to -5 to -6 nT. Phi was in a predominately negative solar sector.

Solar wind speeds are expected to remain enhanced through February 24, with the  CH HSS influences expected to begin to wane on February 22. 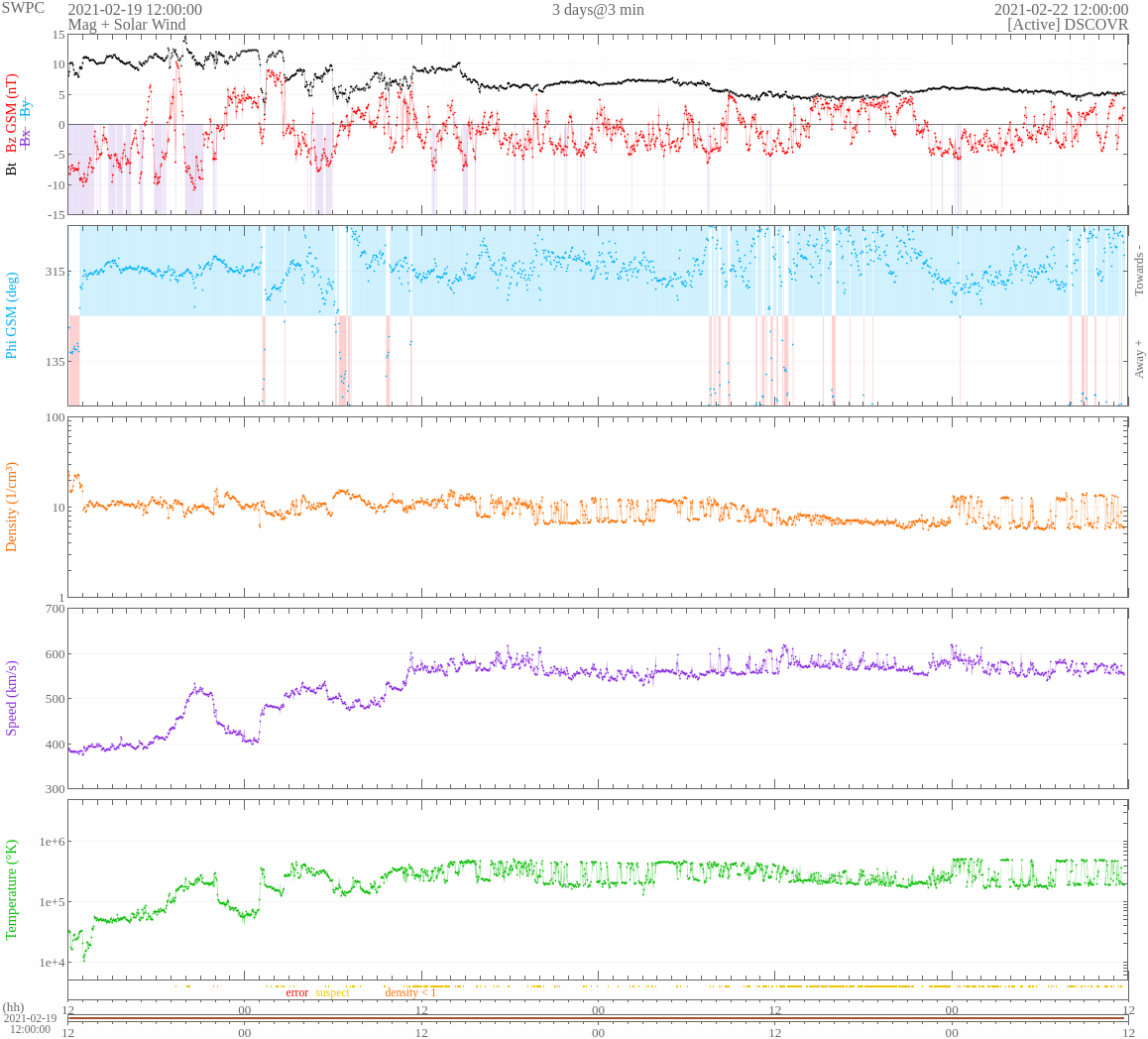 Unsettled to active levels are likely on February 23 and 24, with a chance for isolated G1 – Minor storm conditions, due to the anticipated arrival of the February 20 CME.