Chennai city in Tamil Nadu, India was hit by another continuous spell of heavy rainfall on November 30, 2015. The fresh non-stop downpours over the last two days have left the city completely immersed in water. An unprecedented flooding event which broke the last 100 years of record rainfalls in the area has lead to Chennai being declared a disaster zone, as of December 2.

Chennai city, already saturated with continuous heavy rainfalls and floods from November 13, experienced a new round of non-stop torrential rainfall since November 30. All 4.6 million residents of the city have been affected by the devastating floods in some way, and all the defense services in the city have been mobilized to engage in providing relief and rescue services across the area. Food packages and other relief items have been dispatched to the worst hit areas. 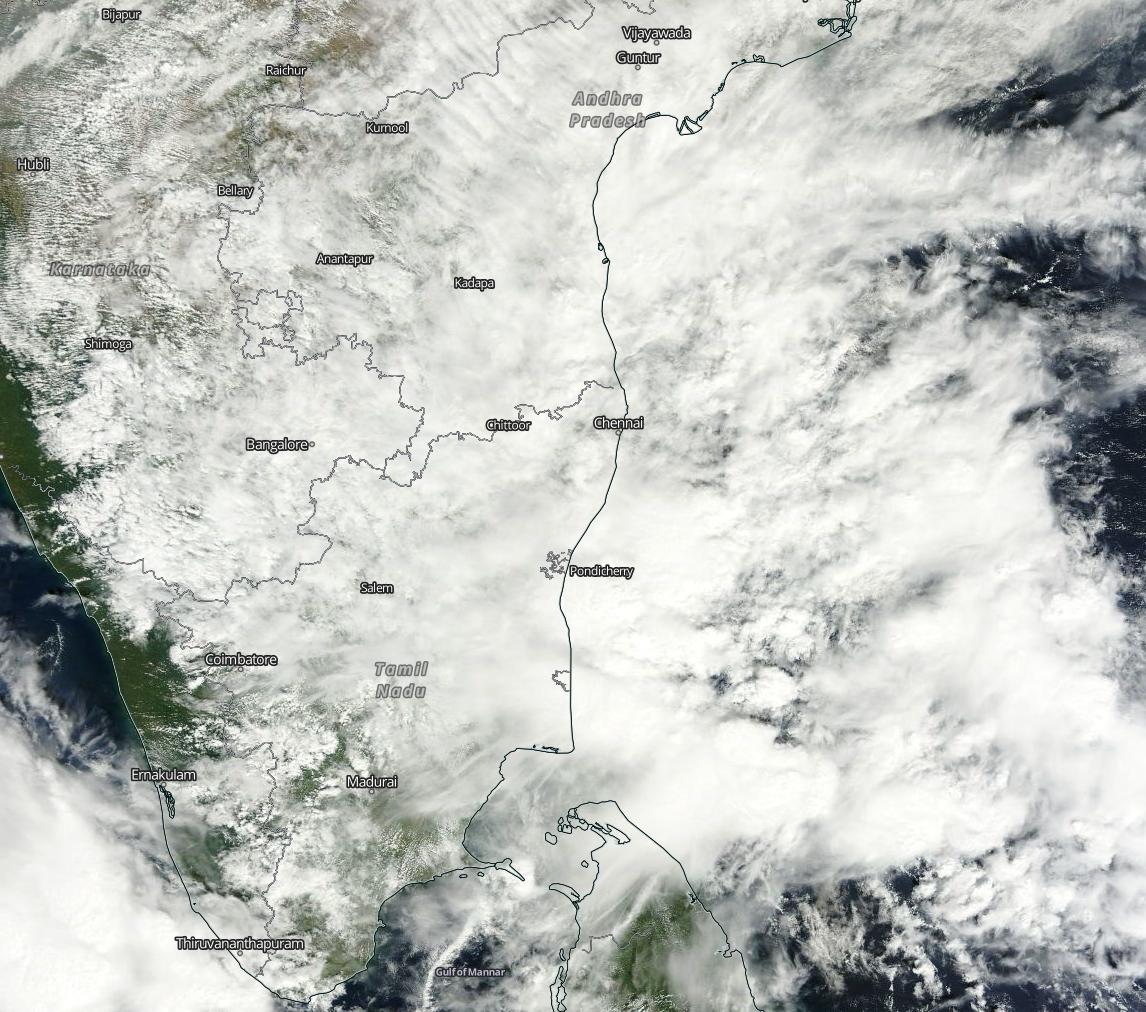 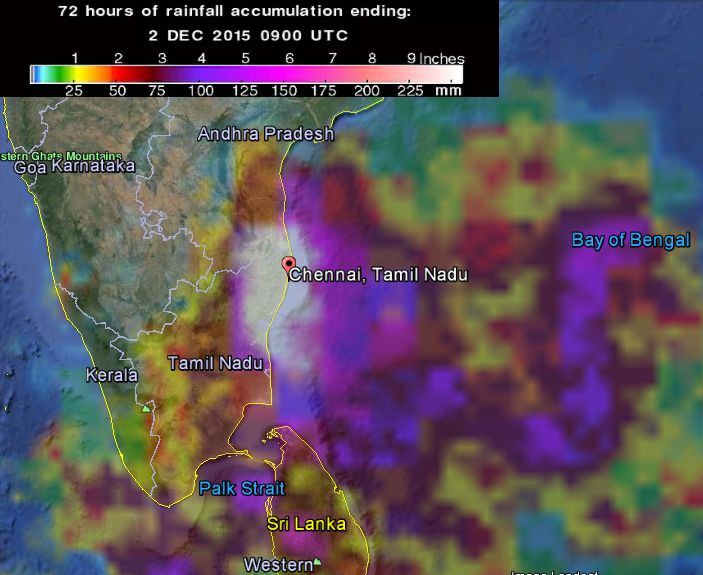 A local airport has been closed and all the incoming and outgoing flights have been canceled, media reports. About 700 people have been left stranded at the airport by the floods. More than 50 trains have been canceled or diverted, as the tracks have been immersed into water at several places.

According to newest media reports, Chennai has now been declared a disaster zone. A persistent low over the Bay of Bengal is expected to continue producing heavy rainfall over the next 7 days. Since November 13, at least 188 people have lost their lives in flood related incidents.

A total of 490 mm (19.3 inches) of rainfall accumulation has been reported in Tambaram suburb of Chennai by the Indian Meteorological Department.

The districts of Cuddalore, Coimbatore and Nilgiris should brace for another 24 hours of torrential downpours, according to the weather office in Chennai. People in low lying areas are currently being evacuated to safety.

The Hindu, one of India's oldest newspaper, published daily since 1878, has for the first time not been printed on December 2, due to disastrous weather conditions in the region.