There are just a few people living within 100 km (62 miles) radius. JMA issued tsunami advisory for the nearby coastal areas saying tsunamis of up to 1 meter (3 feet) could hit the coast of Kagoshima prefecture on Kyushu and small islands to the south.

Based on all available data a destructive Pacific-wide tsunami is not expected, PWC said. 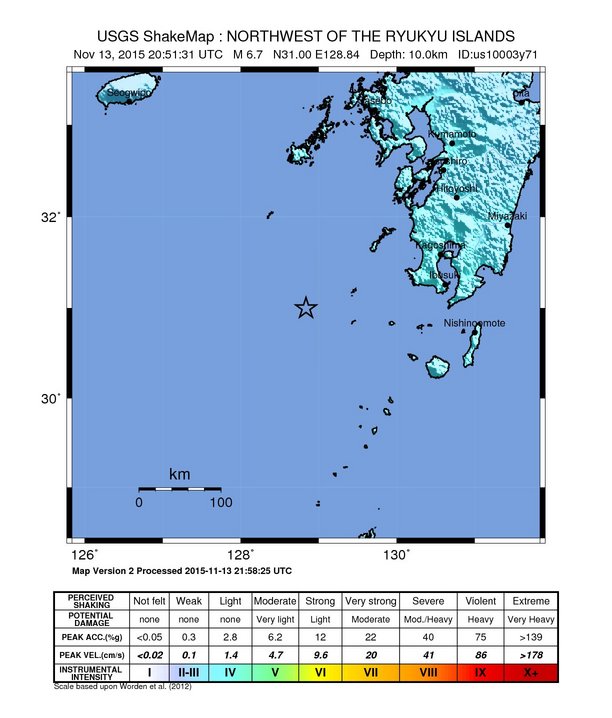