A storm with characteristics of both the 'shamal' – long lived and wide reaching dust storm – and 'haboob' – storm fronts that appear as walls of sand and dust – moved across Iraq, Iran and the Persian Gulf region in early September 2015.

The storm appears to have been triggered by a surface low-pressure system that moved from northwest to southeast during the week, NASA's Earth Observatory reports.

Much of northern Iraq is in a state of exceptional drought, EO continues… "Anecdotal evidence and media reports suggest that dust storms have become more common in Iraq and Iran in recent years, a result of that drought and of the shrinking wetlands in the Tigris-Euphrates watersheds. More study is needed to determine if there is a real trend."

The dust event first appeared in NASA's satellite imagery along the Iraq–Syria border on August 31: 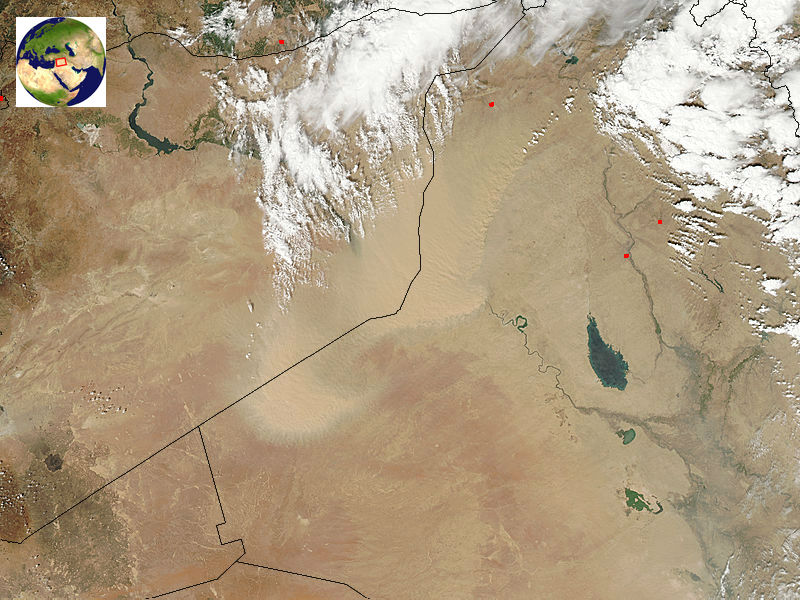 By the next day, the storm took on the cyclonic shape: 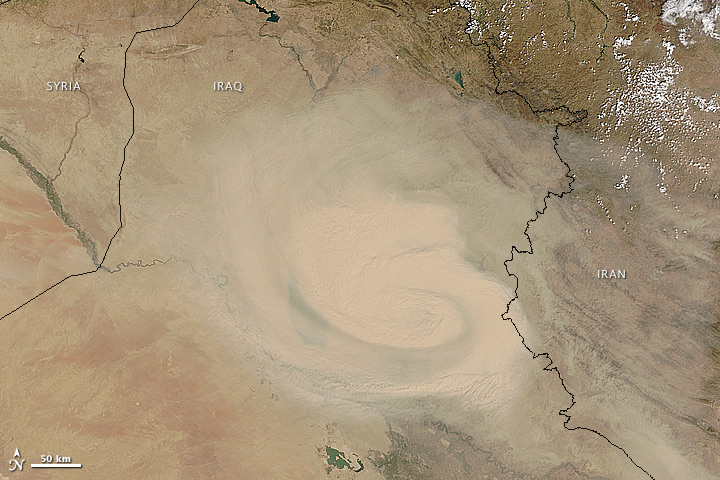 By September 2, it reached the Persian Gulf and by September 3 it had spread out across the entire basin: 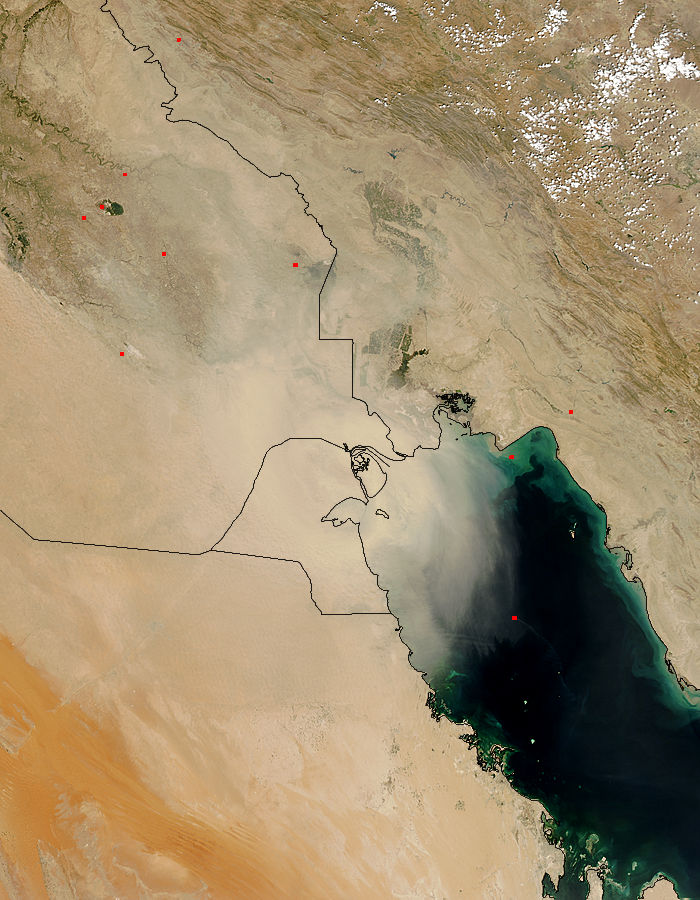 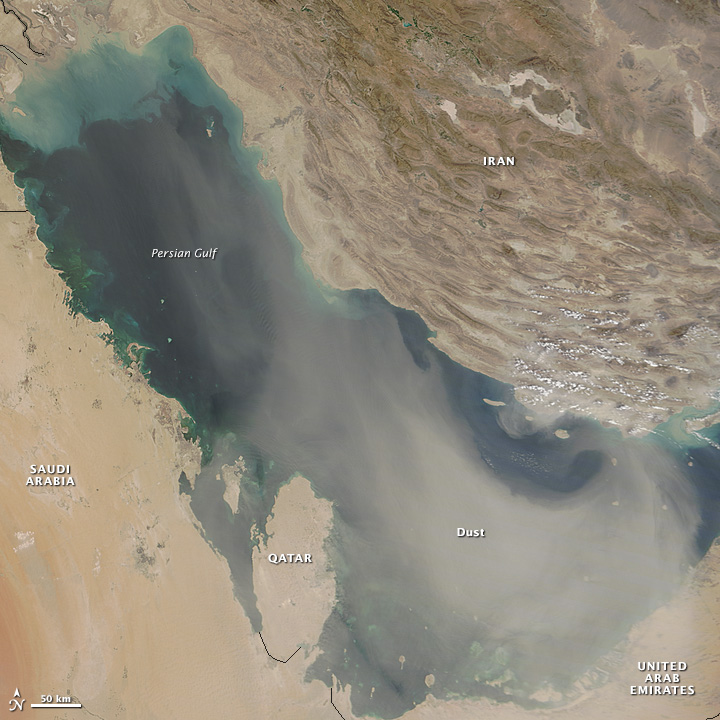 Weather data from ground stations in Baghdad, Khormor, and Al Asad confirm the wind circulation pattern. But the overall movement of the system from the northwest toward the Persian Gulf suggests late-summer shamal winds.

Wind gusts were reaching up to 80 km/h (50 mph) in Iran during the event, according to news reports. There were reports of road closures, flight cancellations, and fears of agricultural damage.