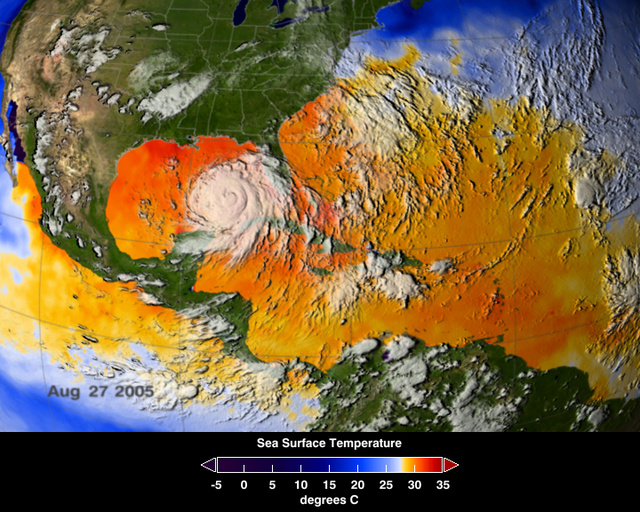 A strong link between the high risk of a wildfire in the Amazon basin and the devastating hurricanes of the North Atlantic shorelines has been uncovered by the research team from the University of California, Irvine (UCI) and NASA, UCI reported on August 18, 2015.

The team worked on years of historical storm and sea surface temperature (SST) data provided by the National Oceanic & Atmospheric Administration (NOAA) and fire data gathered by NASA satellites. A clear and strong pattern of progression over a few months was discovered to connect the warm waters in the tropical North Atlantic to a dry and fire-prone southern Amazon and more destructive hurricane landfalls in North and Central America.

Yang Chen, the lead author, explained the warm ocean waters which aid the development of the hurricanes also pull a large belt of tropical rainfall from the Intertropical Convergence Zone (ICT) to the north, drawing the moisture from the southern Amazon and increasing the fire risk over time.

“North Atlantic hurricanes and Amazon fires are related to one another through shared linkages to ocean-atmosphere interactions in the tropical Atlantic Ocean,” he said.

When North Atlantic warms up more than usual, less rain falls across the southern Amazon and its groundwaters are not fully recharged by the end of the rain season. By the new dry spell season, less water is stored in the soil, plants are unable to evaporate and transpire enough water, and consequently, the atmosphere dries up, forming conditions ideal for rapid spreading of fires.

“Understory fires in Amazon forests are extremely damaging, since most rainforest trees are not adapted to fire,” noted co-author Douglas Morton of NASA’s Goddard Space Flight Center in Greenbelt, Md. “The synchronization of forest damages from fires in South America and tropical storms in North America highlights how important it is to consider the Earth as a system.”

The study could help the meteorologists develop better seasonal outlook for drought and fire risk across the Amazon. Also, the policymakers have been given a basis for deciding about the coastal protections in areas prone to hurricanes and fire.

“The fires we see in the US West are generally lightning-ignited, whereas they’re mostly human-ignited in the Amazon, but climate change can have really large effects on the fire situation in both regions,” Randerson said. “Keeping fire out of the Amazon basin is critical from a carbon-cycle perspective. There’s a huge amount of carbon stored in tropical forests; we really want to keep the forests intact.”

“Drought in the Amazon and hurricanes in the North Atlantic are such costly and potentially catastrophic disturbances [that] we really rely on NASA and NOAA for help in making accurate forecasts and long-range predictions,” Randerson concluded.

Sources: University of California, Irvine, The Abstract of the paper – Geophysical Research Letters