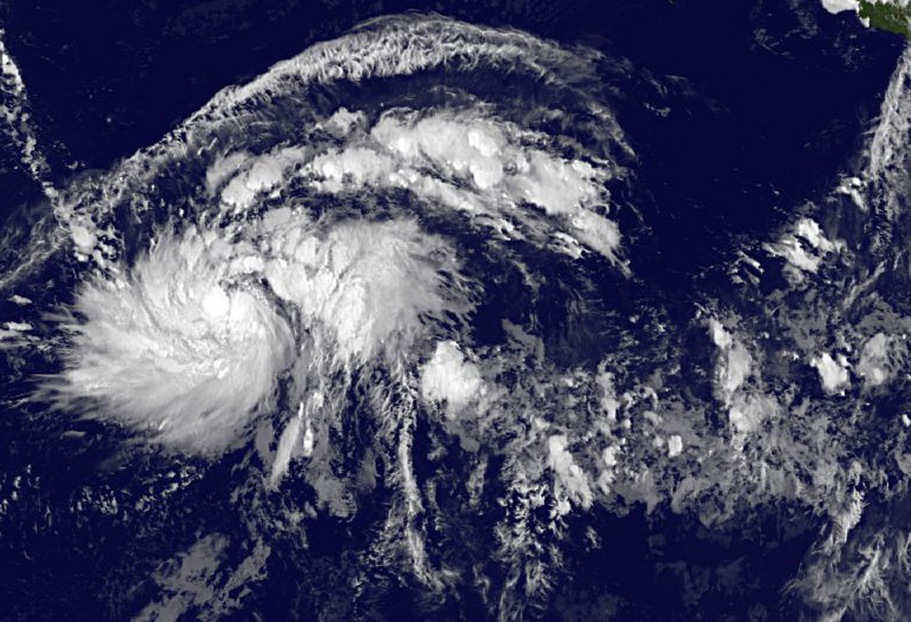 This GOES-West infrared image of Guillermo, taken on July 30, 2015, shows bands of thunderstorms spiraling around the northern quadrant and wrapping into the low-level center from the west. Credits: NASA/NOAA GOES Project. 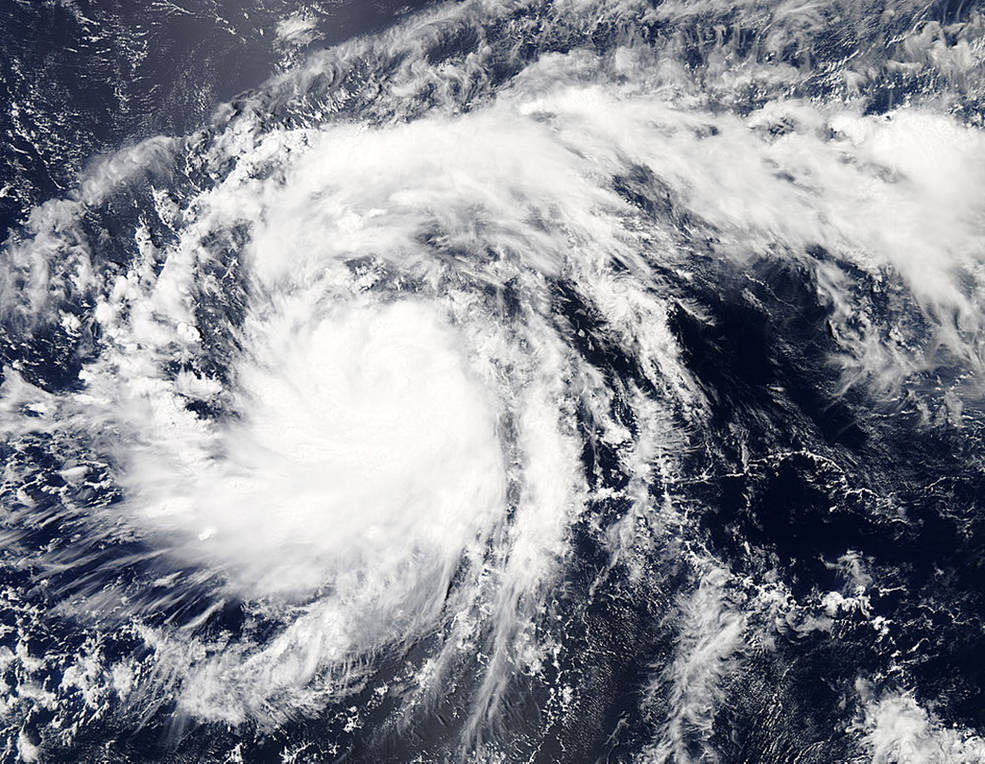 As of 03:00 UTC on August 2, the center of Hurricane "Guillermo" was located about 1 625 km (1 010 miles) ESE of Hilo, Hawaii. Its maximum sustained winds reached 165 km/h (105 mph). The storm was moving toward the WNW at 19 km/h (12 mph) with minimum central pressure of 970 hPa. This general motion is expected to continue through the next couple of days as the forward motion gradually decreases.

There are currently no coastal watches or warnings in effect, but interests in the Hawaiian islands should monitor the progress of Guillermo over the next few days, NHC said.

Large swells traveling ahead of Guillermo will build over the Hawaiian islands on Sunday and Monday, August 2 and 3. Surf will steadily build along east facing shores and will become large and life threatening on August 3 (local time).

Weakening is expected through the next five days.

NHC noted it is important for those in the Hawaiian islands not to focus too closely on the exact forecast track of Guillermo. "It is still too soon to determine with any certainty which islands would be most likely to experience the greatest impact from Guillermo. It is also important to note that significant impacts from tropical cyclones can extend well away from the center."