Tropical Storm 13W formed on July 30, 2015 about 1 045 km (649 miles) northeast of Chuuk in the Northwestern Pacific Ocean. It continued strengthening and was named Soudelor on July 31.

Early August 2, UTC time, Soudelor reached typhoon strength, and is now moving on a track that will take it directly over Saipan, Mariana Islands on the evening of August 2, local time.

JTWC forecasters expect Soudelor to continue strengthening over the next couple of days on its west-northwesterly track through the Mariana Islands. Soudelor is expected to peak at 222 km/h (138 mph) around August 3 before a weakening trend commences. 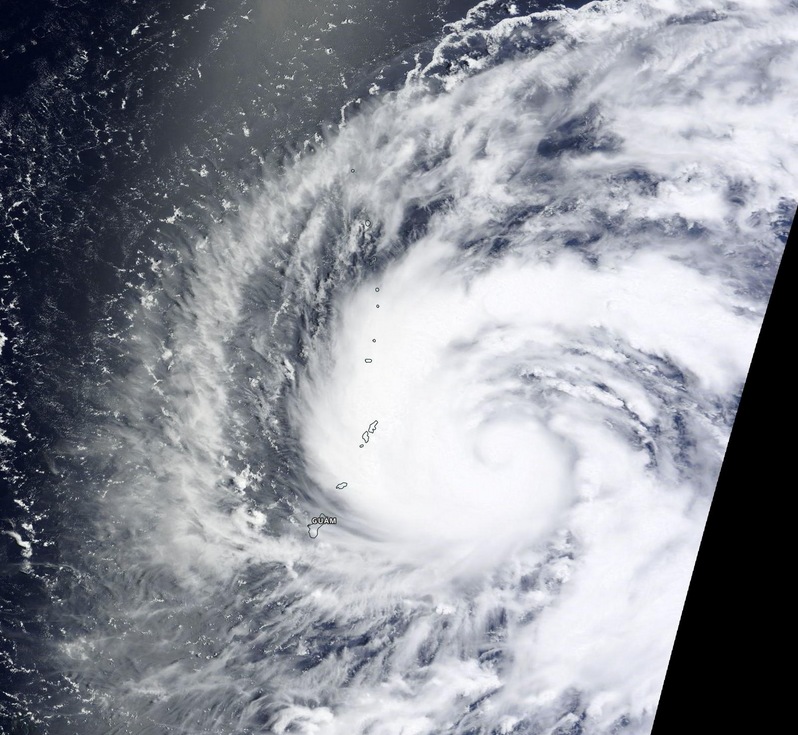 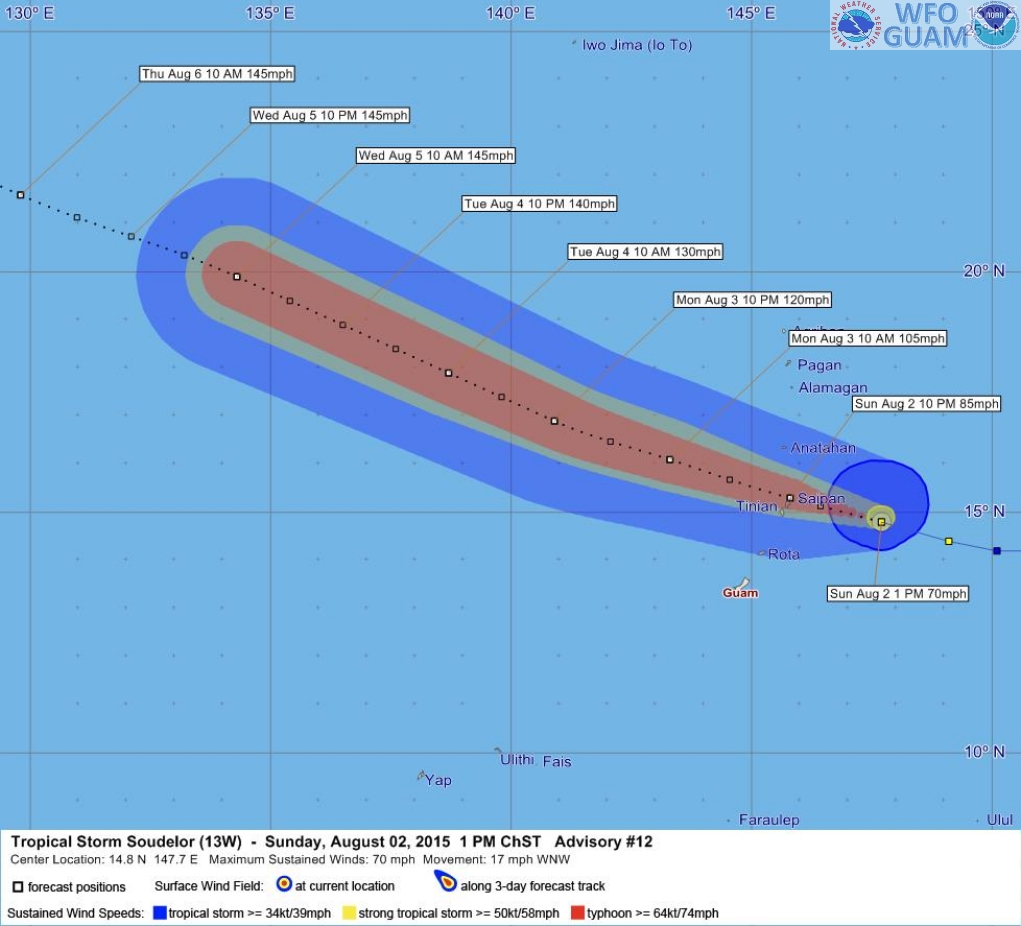 The system is expected to continue moving in a general WNW direction for the next few days and further intensify.