Geoscience Australia has recorded three moderately strong earthquakes near the coast of Queensland, Australia since July 29, 2015. 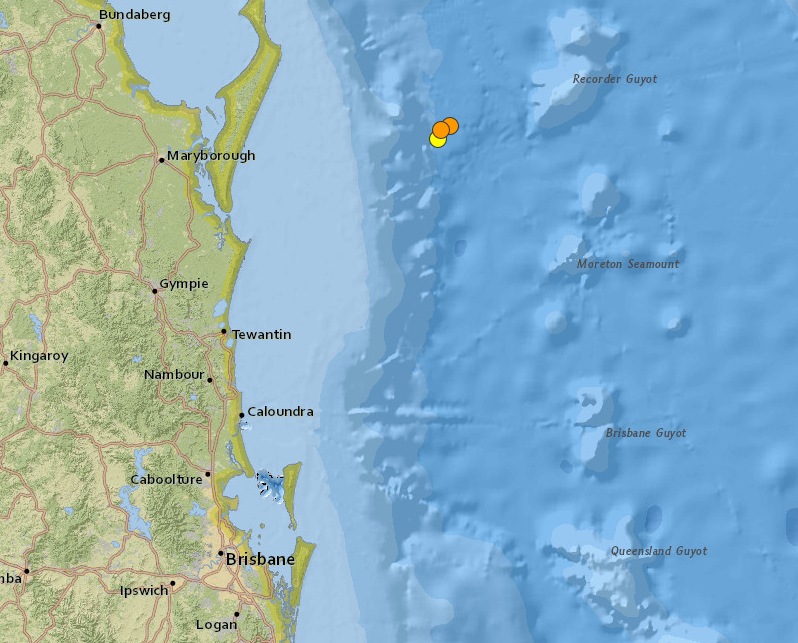 Experts compared the quakes to the most damaging in Australian history.

'This is equivalent to the earthquake that occurred in 1989 in Newcastle, which is the most damaging earthquake in Australia's history,' Senior seismologist at Geoscience Australia, Dan Jaksa, told the ABC.

It is estimated that the impact could have been felt by people up to 340 km (211 miles) away.

Jaksa explained today's quakes were most likely caused by a M5.3 earthquake from July 29. 'This is the event that seems to have triggered another part of the fault to release its stress and it's certainly done that,' he told the ABC.