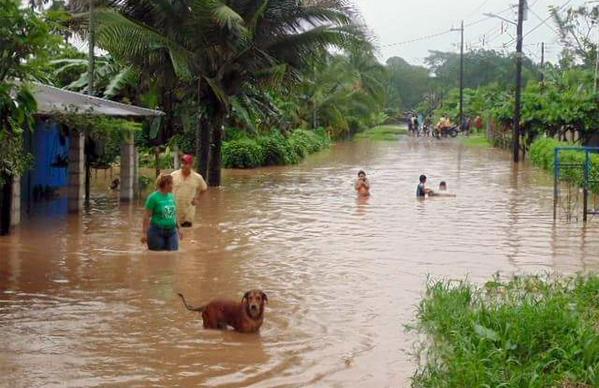 Over 740 people were evacuated from their homes and 19 communities are left isolated, as another round of heavy rainfall continues to sweep Costa Rica.

Heavy flooding in Costa Rica's Caribbean and northern regions, started on June 21, 2015, leaving hundreds of people displaced and damaging roads and bridges. The situation has somewhat improved by June 25, 2015, and most of the people were able to return to their homes, however, another episode of torrential rain caused more damage across the provinces of Limon, Heredia and Cartago, by June 27, 2015.

Reports from the National Emergency Commission (CNE) said that 1 585 homes were heavily damaged or destroyed by flooding by June 29. There are 745 people living in 12 emergency shelters with the majority in Matina, Limón and Sarapiquí, Heredia, where 380 and 342 people are temporarily housed, respectively.

The canton of Sarapaqui in the province of Heredia, has been hit the hardest, as 12 communities along the Sarapiqui and Sucio rivers have been cut off. Schools in Sarapaquí, Talamanca, Limón, Matina, Pococí, Siquirres, Guácimo and Turrialba are closed until July 4.