More than 40 earthquakes have been registered under dormant Tenorio volcano in Guanacaste, Costa Rica after a major earthquake in the Caribbean Sea on January 10, 2018. The event forced authorities to temporarily close the Tenorio Volcano National Park. This is the first known earthquake swarm under this volcano.

The National Seismology Network (RSN) registered a total 42 earthquakes over the past 2 days, with magnitudes ranging from 2.2 to 5.3. The quakes were felt in the areas of Bagaces, Tilaran, Abangares, Santa Cruz, Alajuela and Puntarenas. 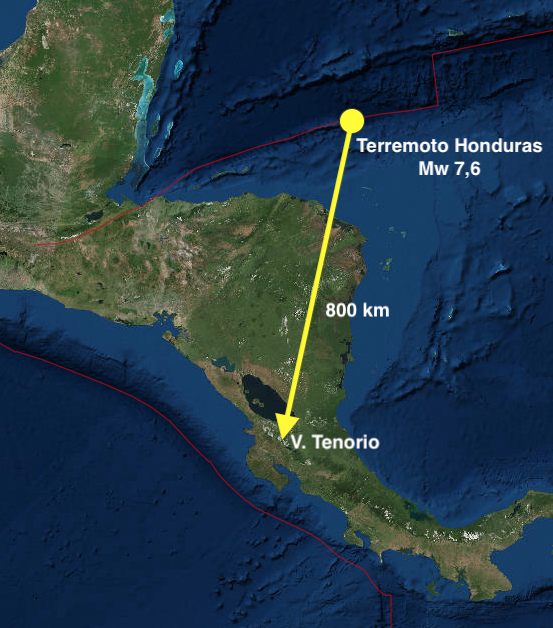 The hypocenters of the earthquakes have depths between 2 and 15 km (1.2 – 9.3 miles) and their epicentral location is in the vicinity of the Caño Negro and Chiquero faults, located in the surroundings of the Tenorio volcano.

Additionally, five earthquakes have occurred in the area of the Miravalles volcano, with magnitudes between 2.8 and 4.0, which could be related to other faults located in that area. The focal mechanisms of the larger earthquakes suggest that they were caused by fault displacement, RSN said.

Another notable effect of these earthquakes is the change of coloration in the water of some rivers located on the slopes of the Tenorio volcano.

"These changes are normal and can be a result of disturbances of the aquifers during important earthquakes or material that has fallen in the rivers as a result of landslides. This phenomenon was also reported during seismic activity in 2002 and 2016 in the same region," RSN said.

As a result of recent activity, the National Emergency Commission temporarily closed the Tenorio Volcano National Park while they finish evaluating the conditions of the trails and areas commonly visited by tourists.

"After our first evaluation, it was determined that some landslides took place and caused material to fall into rivers, changing their coloration," the Commission said. "For this reason, the recommendation was to temporarily close the National Park."

Marino Proti, renowned local volcanologist, said the Tenorio volcano has never experienced a seismic swarm, adding that at the moment there are no known changes in the volcano caused by the quakes. 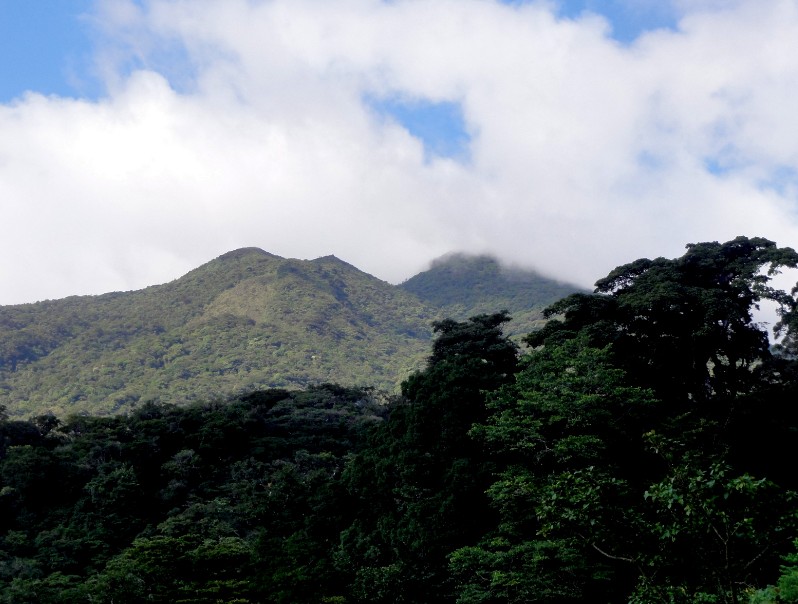 The peak of the number one crater of Tenorio volcano. Credit: The Costa Rica Guide 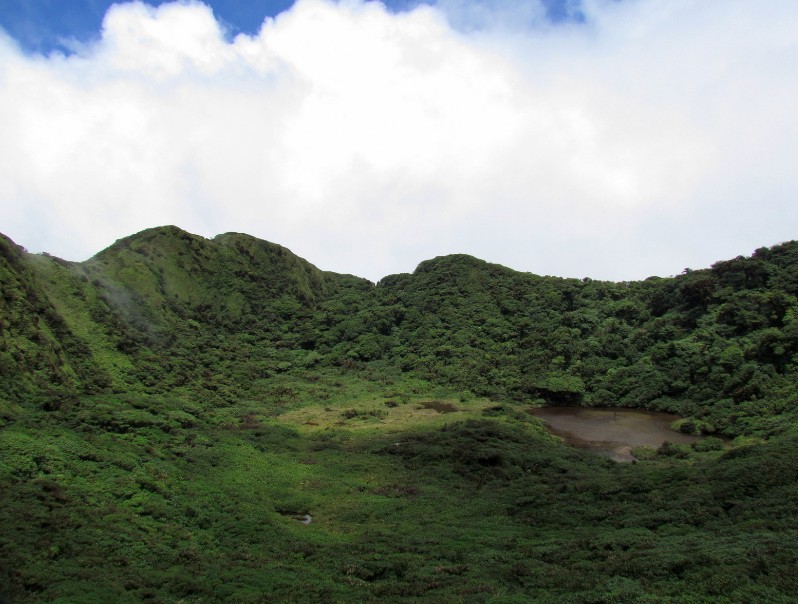 The 225 km2 (87 mi2) dominantly andesitic Tenorio volcanic massif anchors the SE end of the Guanacaste Range and consists of a cluster of densely forested NNW-SSE-trending volcanic cones. Overlapping lava flows from the principal peak, Tenorio, blanket the NW-to-SW flanks and descend the NE flank. The NW-most of three craters of the central cone is sparsely vegetated and appears to be the most recently active.

Volcán Montezuma to the north has twin craters, the northern of which fed a lava flow to the NE. Additional pyroclastic cones are found to the NE and SW of the central complex, and the Bijagua lava domes were constructed on the northern flank.

A major debris avalanche covered about 100 km2 (39 mi2) below the southern flank of the volcano. A legend exists of an eruption in 1816, but the volcano was densely forested at the time of an 1864 visit by Seebach and is not considered to have erupted in historical time. Fumarolic activity is present on the NE flank.