Ths USGS issued a green alert for shaking-related fatalities and economic losses. There is a low likelihood of casualties and damage. 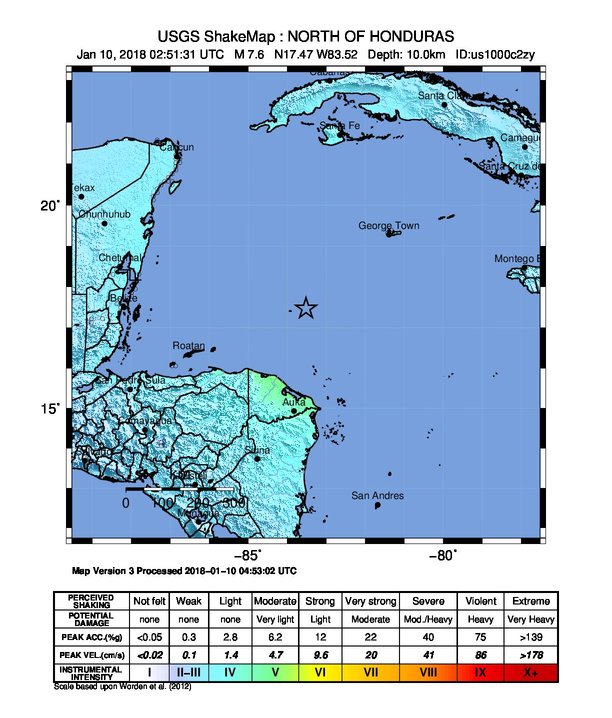 The earthquake occurred as a result of a strike-slip faulting in the shallow crust near the boundary the boundary between the North America and Caribbean plates. Early focal mechanism solutions indicate that rupture occurred on a steeply dipping structure striking either west-northwest (right-lateral), or west-southwest (left-lateral), USGS said.

At the location of this earthquake, the North America plate moves to the west-southwest with respect to the Caribbean plate at a rate of approximately 19 mm/yr. Local to the January 10, 2018 earthquake, this motion is predominantly accommodated along the Swan Islands transform fault, a left-lateral structure.

The location, depth and focal mechanism solution of today’s earthquake are consistent with rupture occurring along this plate boundary structure, or on a nearby and closely related fault. While commonly plotted as points on maps, earthquakes of this size are more appropriately described as slip over a larger fault area. Strike-slip-faulting events of the size of the January 10, 2018, earthquake are typically about 140×20 km / 90×12 miles (length x width).

Nine other earthquakes of M6 or larger have occurred within 400 km (250 km) of the January 10, 2018 event over the preceding century. Previous strong earthquakes along the North America-Caribbean plate boundary in this region include the destructive M7.5 Guatemala earthquake of February 4, 1976, which resulted in more than 23 000 deaths.

The 1976 earthquake occurred on the Motagua fault, a segment of the plate boundary that lies in southern Guatemala, about 650 km (404 miles) west-southwest of the hypocenter of the January 10, 2018, event. In May 2009, a M7.3 earthquake occurred along the Swan Island transform fault approximately 300 km (186 miles) west of the January 10, 2018 event. The 2009 earthquake (which was much closer to land than the 2018 event) resulted in 7 fatalities, 40 injuries and 130 buildings being damaged or destroyed. 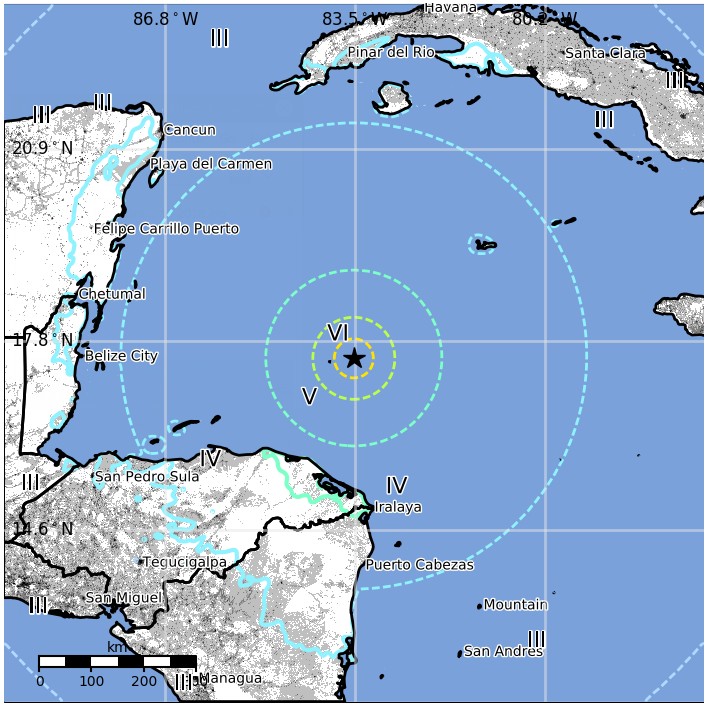 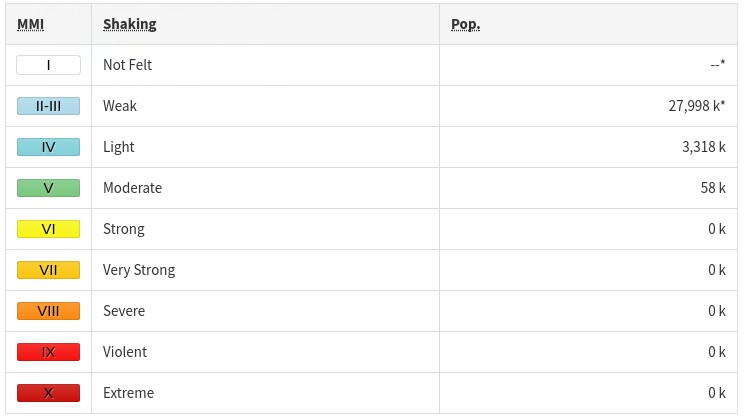 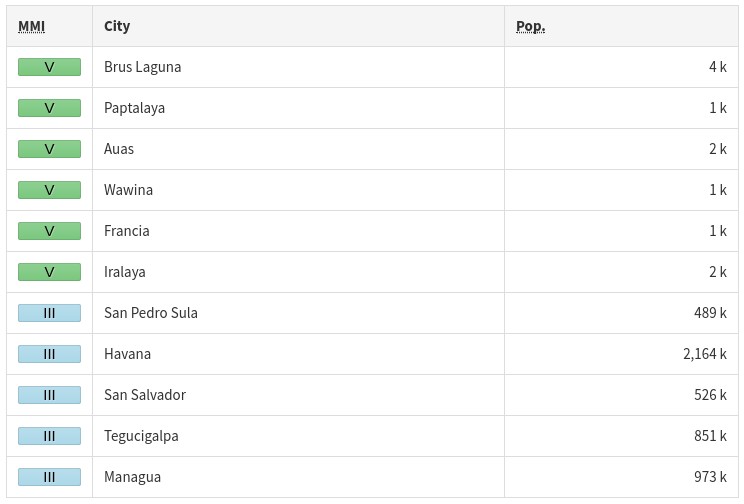 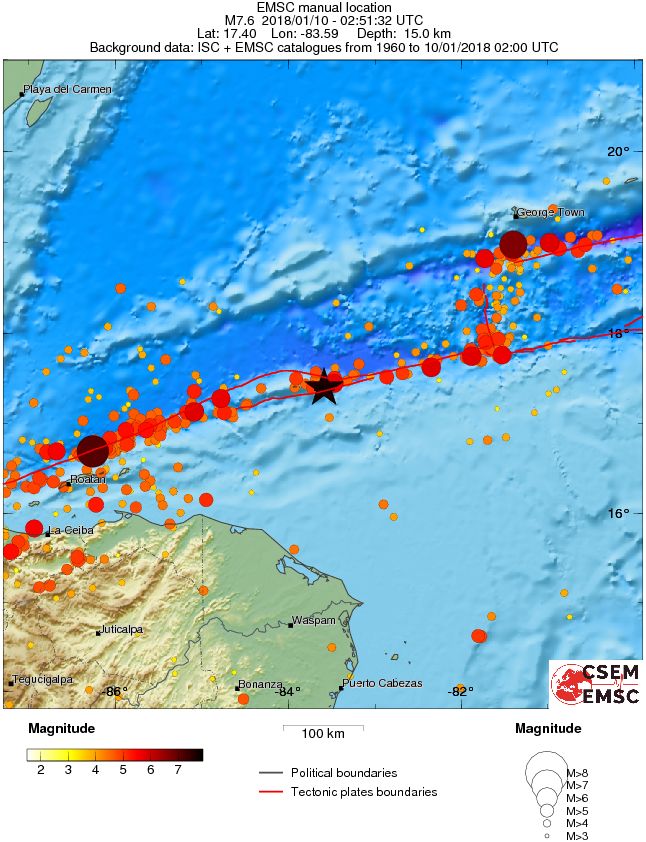