The Tongan Navy has reported major damage in the Ha’apai Islands after the major eruption at Hunga Tonga-Hunga Ha'apai volcano on January 15, 2022.

Electricity and local mobile phone networks have been restored on the main island of Tongatapu but the power connection is not yet stable, the Council for International Development (CID) reports.1

International and inter-island calls are still not possible due to the damage to the undersea cable. Tonga Cable and other entities are actively working to repair the damage, CID said, adding that there is still no timeframe available for when communications will be restored.

Tonga’s main airport Fua’amotu International Airport is undamaged but heavy ashfall is being cleared and inhibits the airport from being fully operational. The Director of Civil aviation in Tonga advises that the airport runway clearance will take days to complete as this is being conducted manually. The earliest possible clearance is Wednesday, January 19.

Western Tongatapu suffered significant damage and the government has evacuated people from that part of the island. 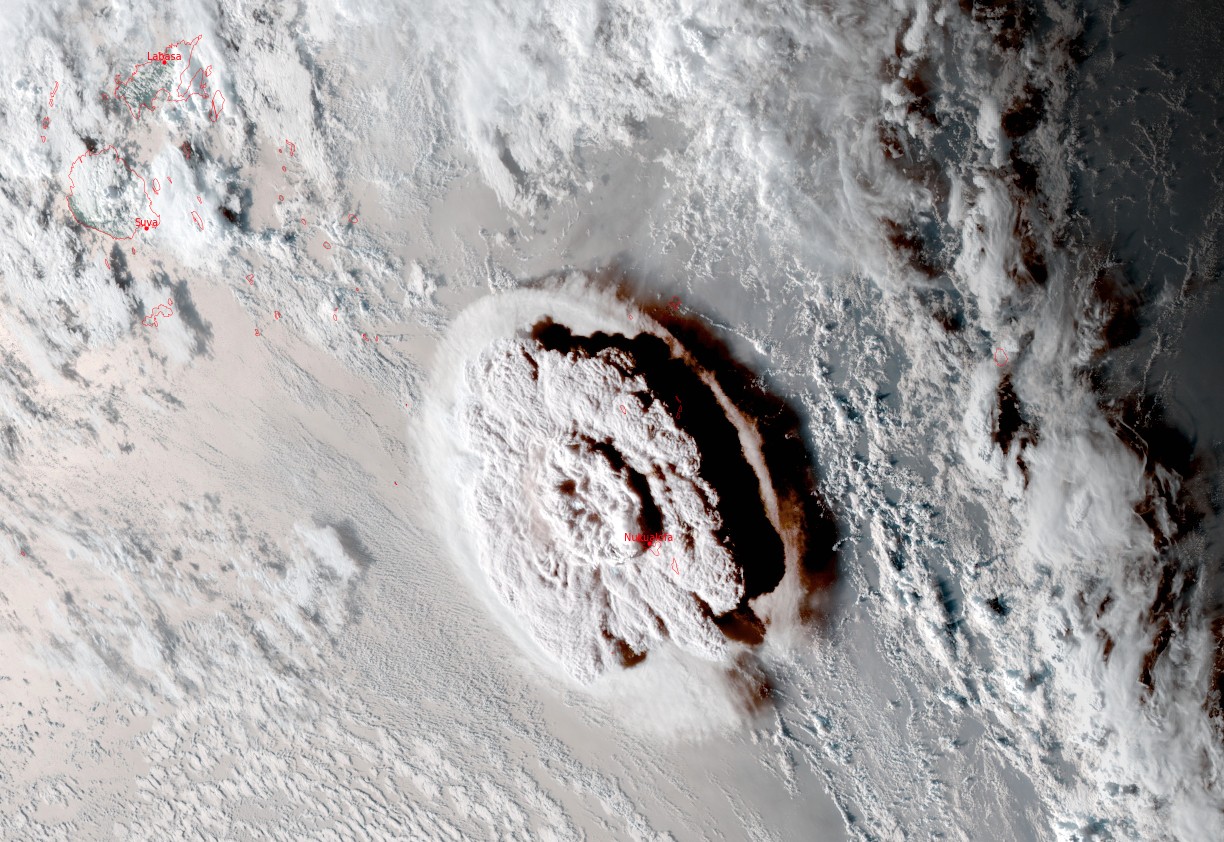 Authorities confirmed one fatality in Tonga, a 50-year-old British woman2 who died after she was washed away while trying to rescue her dogs. Two people died in Peru after tsunami waves reached South America several hours later.

The eruptive column3 reached a height of about 30 km (98 500 feet) above sea level, according to data provided by the Ozone Mapping and Profiler Suite (OMPS) Limb Profiler aboard the Suomi NPP satellite.4 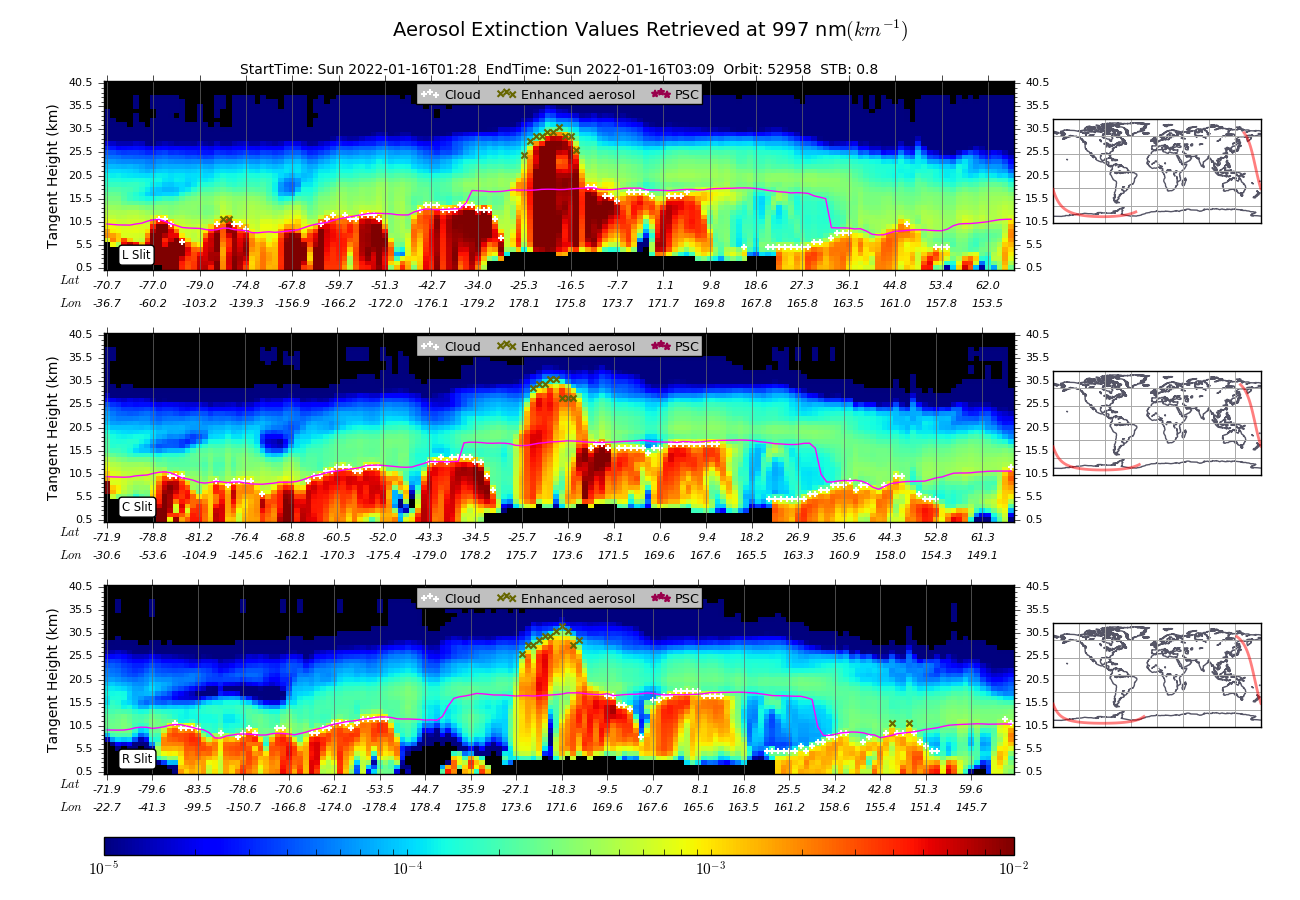 The eruption produced a huge shockwave that circled the planet two times.

Sentinel-2 satellite image acquired on January 17 confirms the island created during the eruption in 2014/15 was completely destroyed. 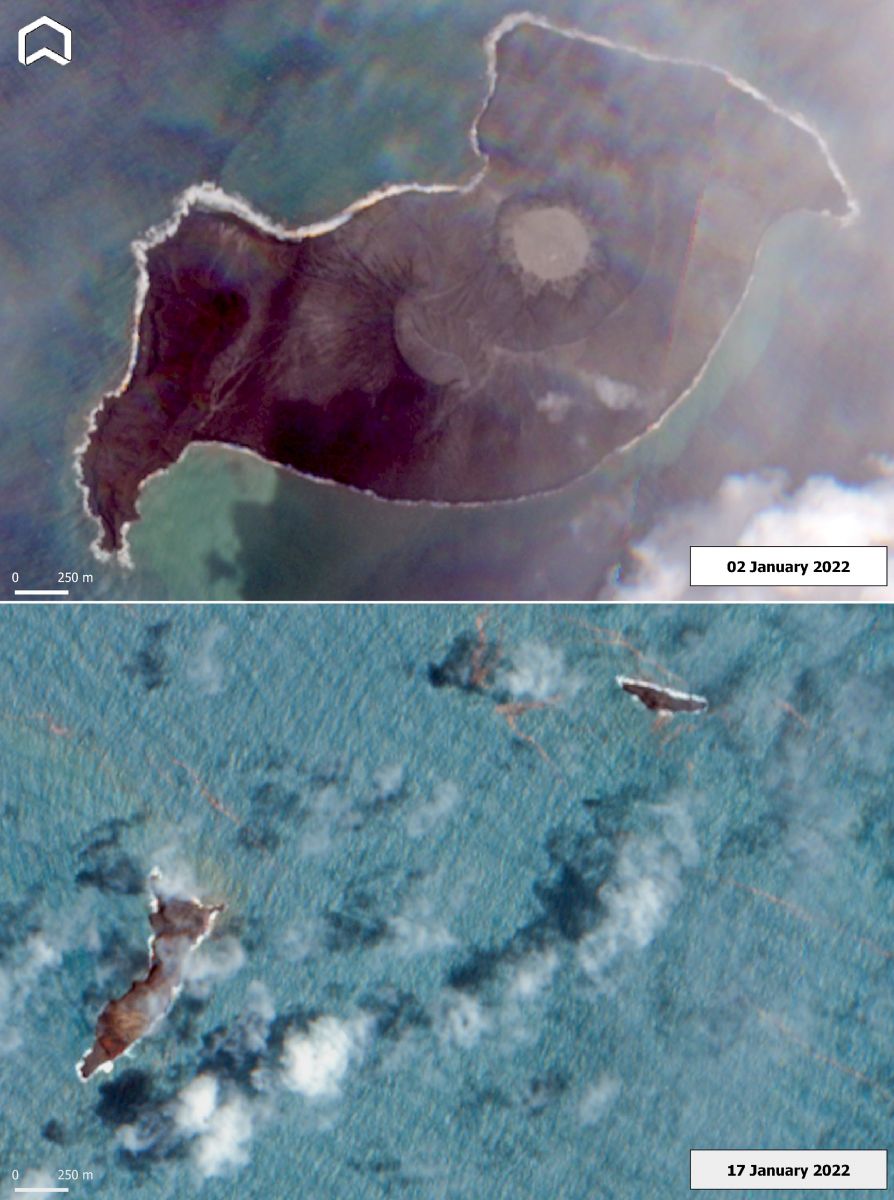 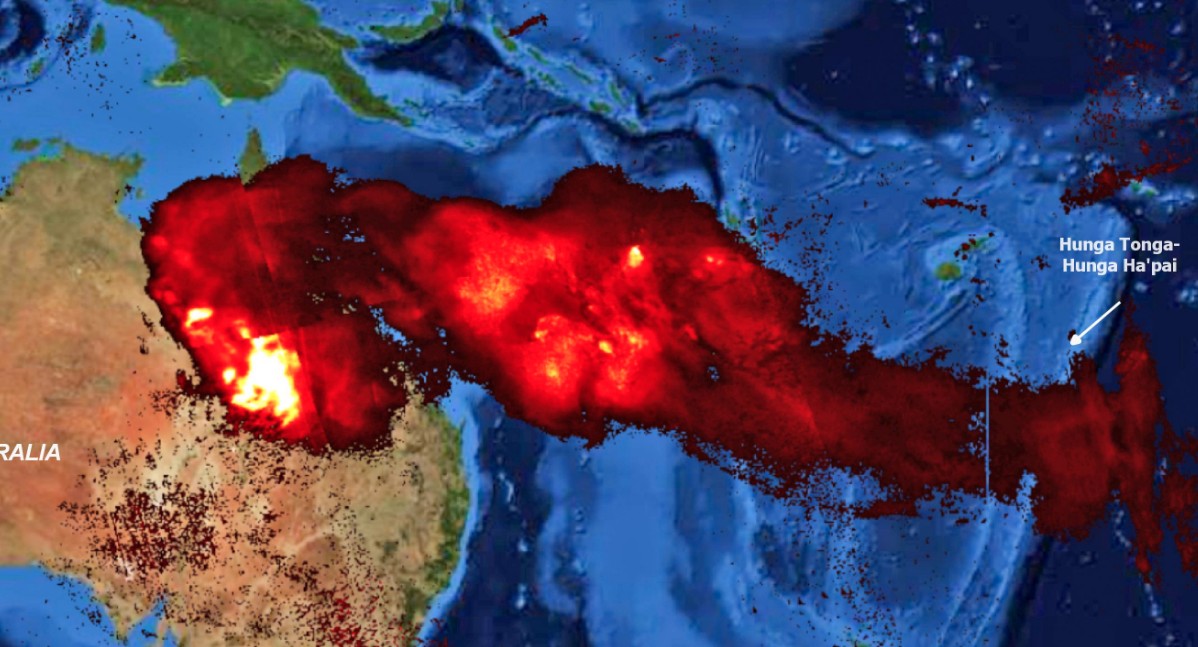