At least 7 aftershocks with magnitudes ranging from 3 to 3.9 were registered over the next 2 hours. 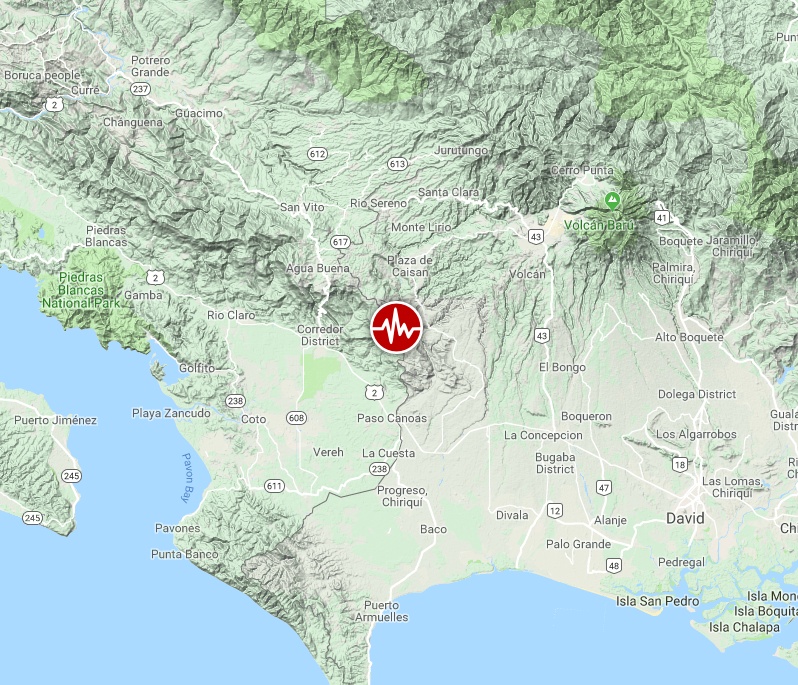 Several buildings were damaged and at least 2 people injured. 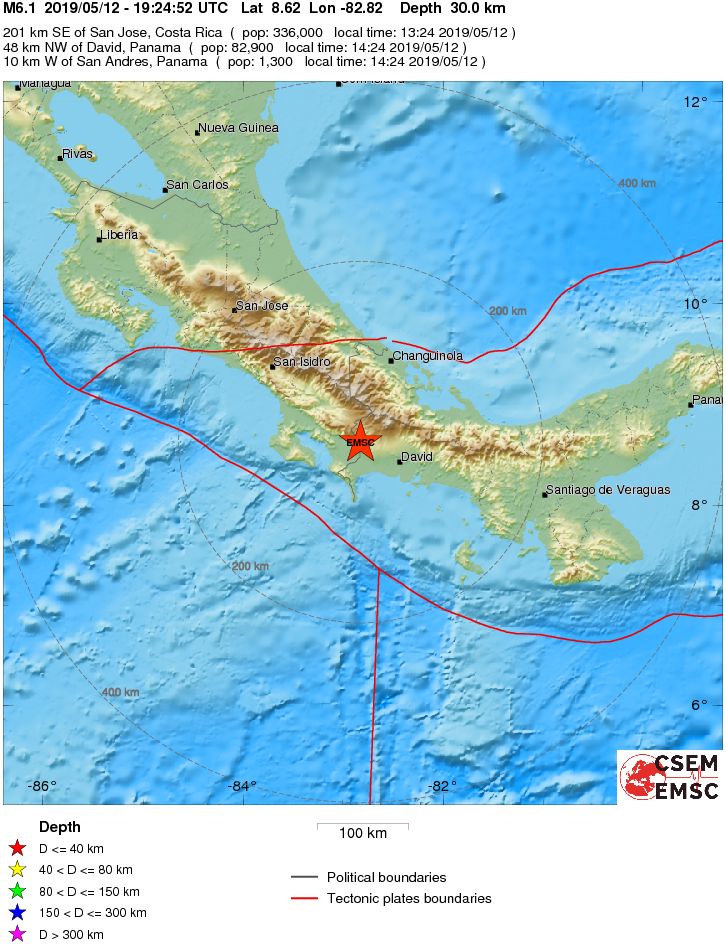 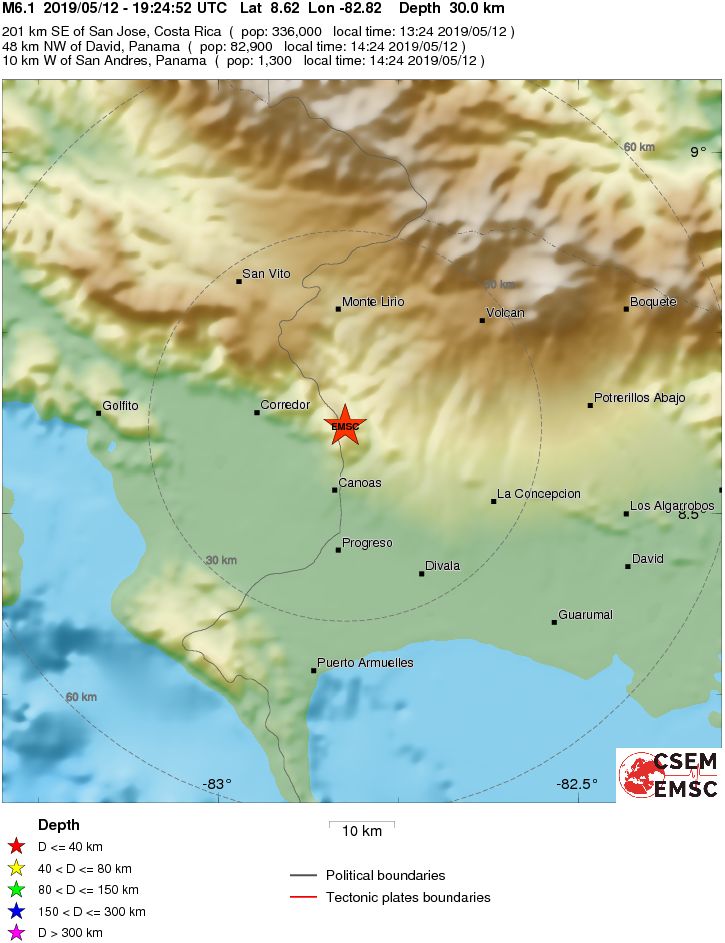 Overall, the population in this region resides in structures that are a mix of vulnerable and earthquake resistant construction. The predominant vulnerable building types are mud wall and informal (metal, timber, GI etc.) construction. 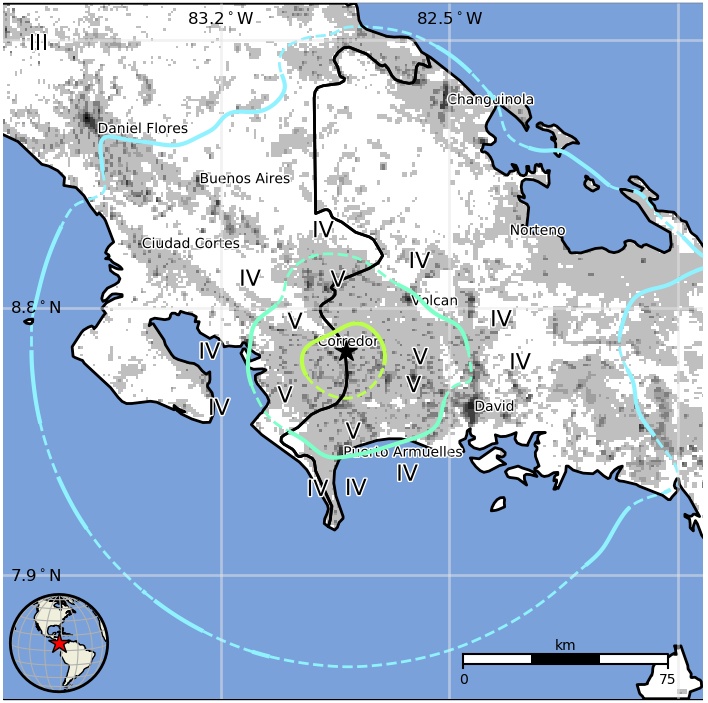 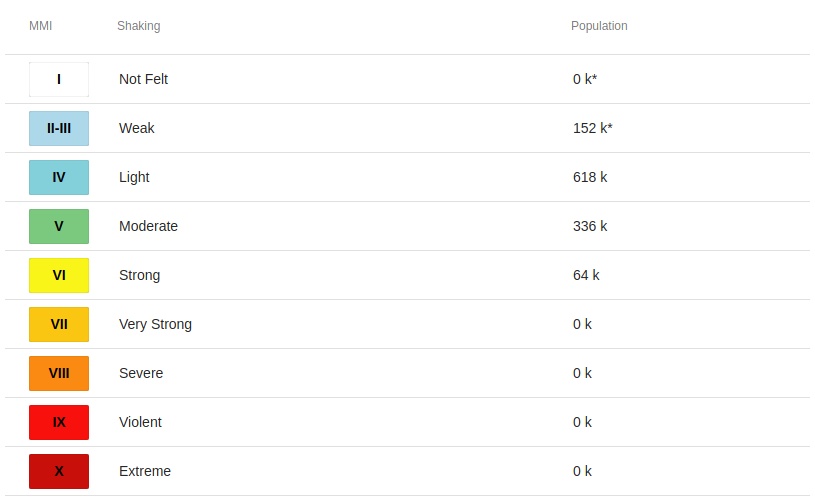 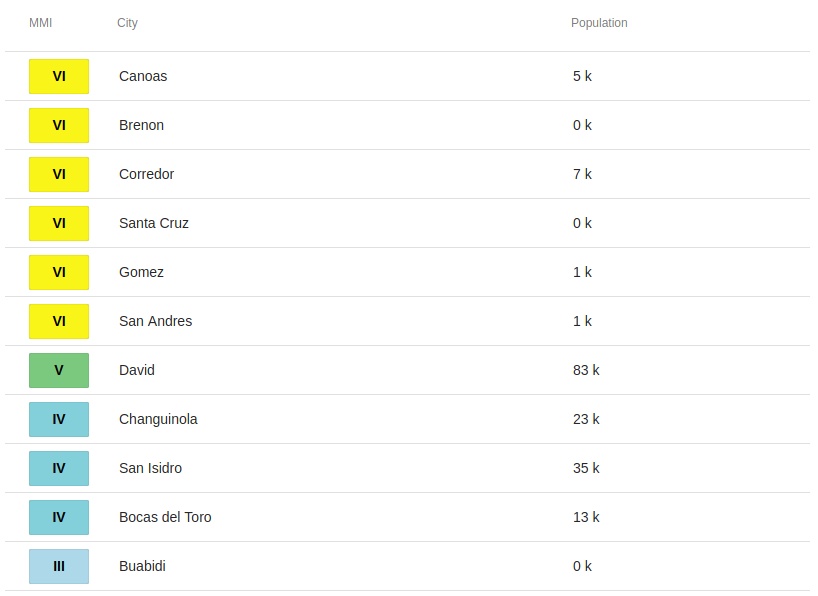 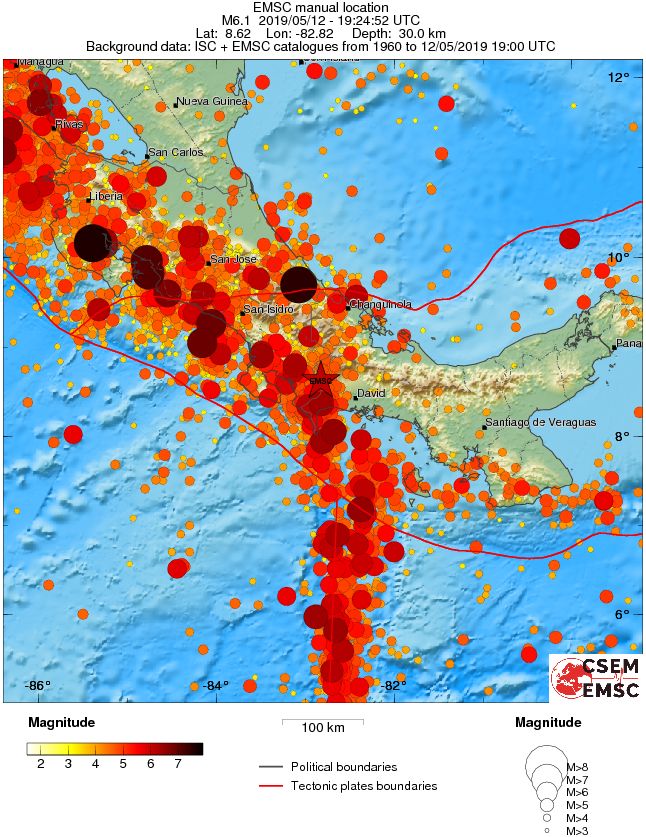 #Update: Just in – First pictures in #Panama of the 6.1 earthquake, strikes and shakes #Panama and between the #CostaRica border region. pic.twitter.com/cwGyZi4DuQ

#Update: Just in – The earthquake what was at a depth of 12km below the earth’s surface in #Panama, has been upgraded to a 6.5M and the Hospital de David tras in Panama is been evacuated. pic.twitter.com/a9Opu9XOE0

#Update: Video of beaches and the coast line in #CostaRica shows the 6,5M earthquake, making cracks and shaking layers upon layers of sand. And where the most damage is expected to be in #Panama. pic.twitter.com/gfzLK8YE2t