The government has started the process of relocating telecommunication towers in Costa Rica's Irazu Volcano National Park due to an ongoing massive landslide, which started on August 26, 2020. Officials warned people to avoid the lower part of the mountain as rockslides are imminent, with around 25 million cubic m (880 million cubic feet) chunk of land detached so far.

The main landslide happened on August 26, about 1.2 km (0.7 miles) SW of the SW crater rim in a high area used for radio and television antennas, when a block of about 25 million cubic m (880 million cubic feet) fell over the Sucio River.

The ministry remarked that while the landslide was massive, it did not cause any harm to residents nearby. However, efforts had to be carried out to restore telecommunication services.

Specialists from the Volcanological Observatory and the National Emergency Commission has presented an analysis of the landslide, which details the presence of new fissures and a movement of earth detected in areas where telecommunication towers stand.

Landslides in the area had been observed since 2014, but activity accelerated in the previous months, OVSICORI reported.

The number of events indicating landslides began to exponentially increase particularly after August 20. The rate of movement had increased to 20 m/year horizontally and about 25 m/year vertically by August 20; movement of more than 20 cm (7.8 inches) was recorded during August. 23 and 24. 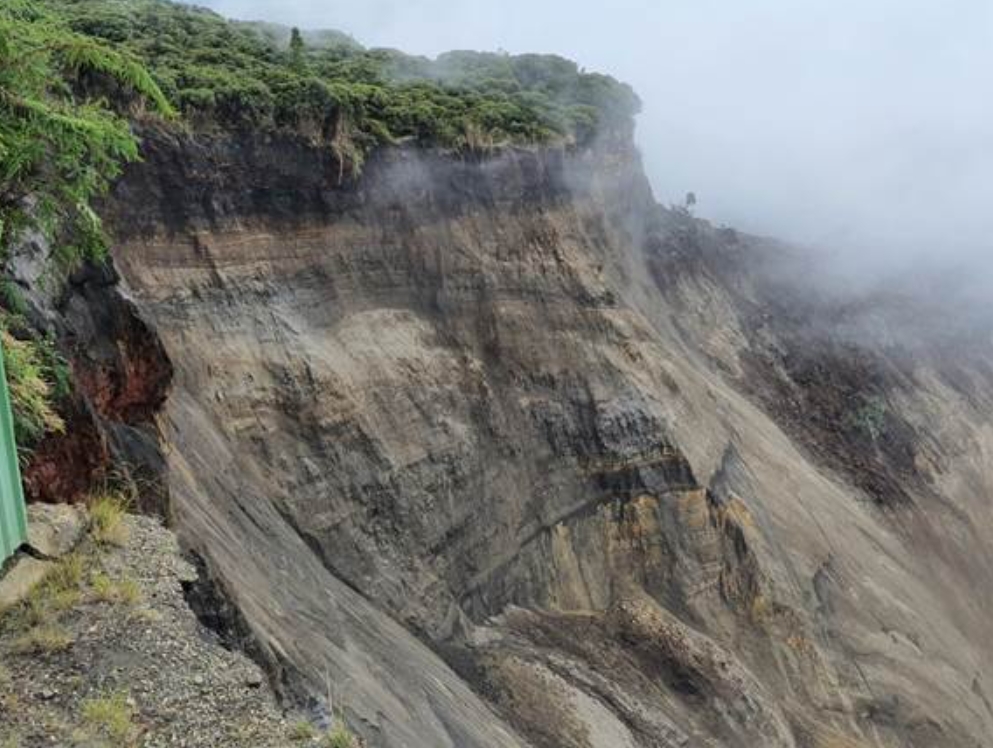 The Ministry of Science, Technology, and Telecommunications noted that there were two new dangerous sites identified in the study. With this, officials have started safeguarding workers near the landslide area.

The study recommended relocating all telecommunication infrastructures located in high-risk areas, which is set to be done during the remainder of this year.

Officials warned residents to avoid the lower part of Irazu, as "it is an area where it is not certain how much, or at what moment a significant part of the material can fall."

Irazú is one of Costa Rica's most active volcanoes, rising immediately E of the capital city of San José.

This massive volcano covers an area of 500 km2 (193 mi3) and is vegetated to within a few hundred meters of its broad flat-topped summit crater complex.

No lava flows have been identified since the eruption of the massive Cervantes lava flows from S-flank vents about 14 000 years ago, and all known Holocene eruptions have been explosive.

The last eruption of this volcano took place in 1994.