At least 150 people have been killed in Guatemala after heavy rain dumped by Tropical Cyclone "Eta" caused floods and landslides. As of Saturday, November 7, Eta is blamed for the deaths of more than 170 people across Central America.

According to the Guatemalan President Alejandro Giammattei, more than 100 people have been killed in the village of Queja near the city of San Cristobal Verapaz after a hillside collapse buried ~150 homes under a thick layer of mud.

In a press conference on Thursday, November 5, Giammattei said a month's worth of rain had fallen on parts of the country in less than 12 hours.

On November 6, Giammattei said Eta is estimated to have claimed 150 lives in Guatemala alone. The number includes 100 people who went missing in Queja.

By November 7, Eta claimed at least 20 lives in other Central American countries, including 11 in Honduras, and 2 each in Nicaragua, Costa Rica, and Panama. At least 8 other people in Panama are missing.

60 fishermen who went missing on Tuesday, November 3, were rescued from the cays they took shelter on.

It weakened to a tropical depression after landfall but continued dumping very heavy rain, damaging homes, roads and bridges across the region. 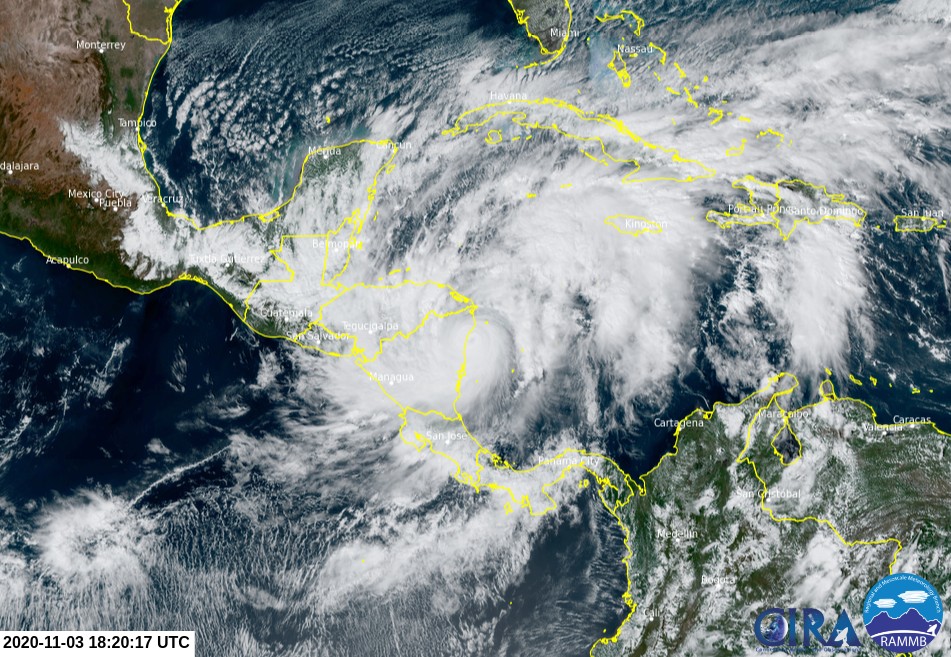 A turn toward the northeast is expected later today, with this motion continuing through early Sunday.

On the forecast track, the center of Eta will move across the northwestern Caribbean Sea today, approach the Cayman Islands Saturday, November 7 and be near Cuba Saturday night and Sunday, November 8. 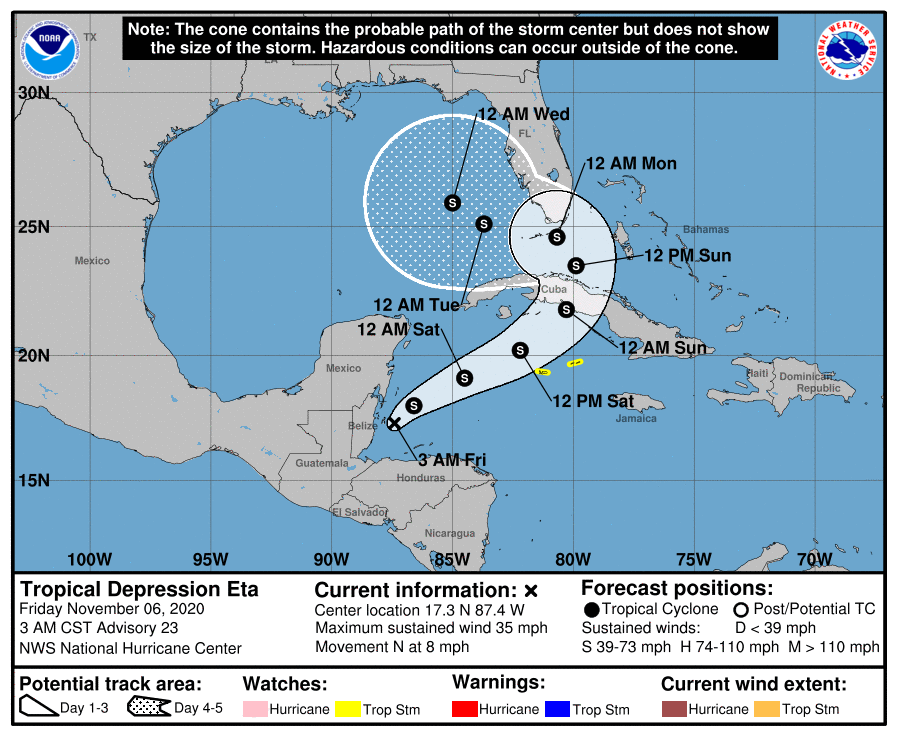 Through Monday morning, heavy rainfall from Eta will lead to catastrophic, life-threatening flash flooding and river flooding across portions of Central America, along with landslides in areas of higher terrain, NHC forecasters warned.

Although the details of the future track and intensity of Eta are still uncertain, there is an increasing risk of impacts from wind and rainfall in portions of the Cayman Islands, Cuba, southern Florida and the Florida Keys and the northwestern Bahamas this weekend and early next week. 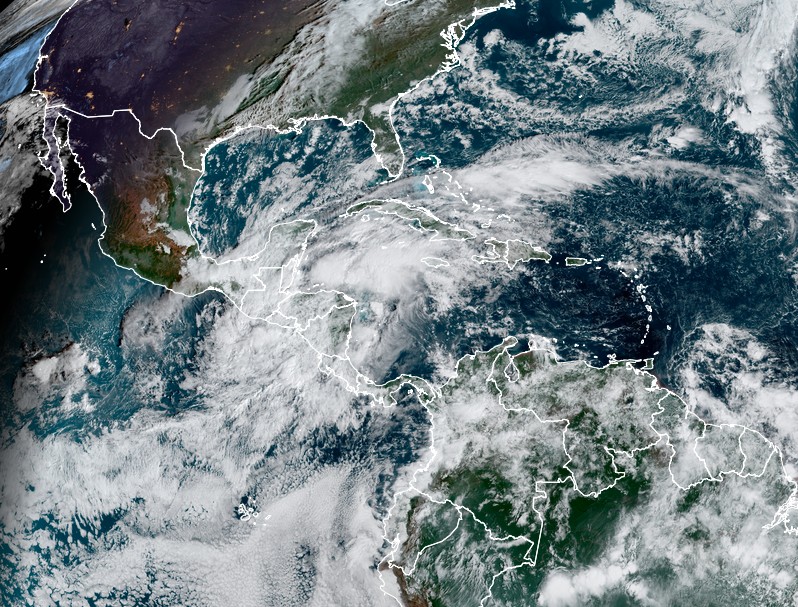