A moderate explosive-effusive eruption continues at Russia's Klyuchevskoy volcano, according to a bulletin issued by the Kamchatka Volcanic Eruption Response Team (KVERT) on November 4, 2020. Strombolian and gas-steam with some ash activity were also observed.

KVERT noted that a lava flow continues to effuse on the southeast flank along the Apakhonchich chute. Satellite data also showed a large bright thermal anomaly in an area of the volcano.

In a bulletin on November 3, the response team reported that some amount of ash activity and gas-steam were observed.

A large bright thermal anomaly in an area of the volcano was observed on November 2. 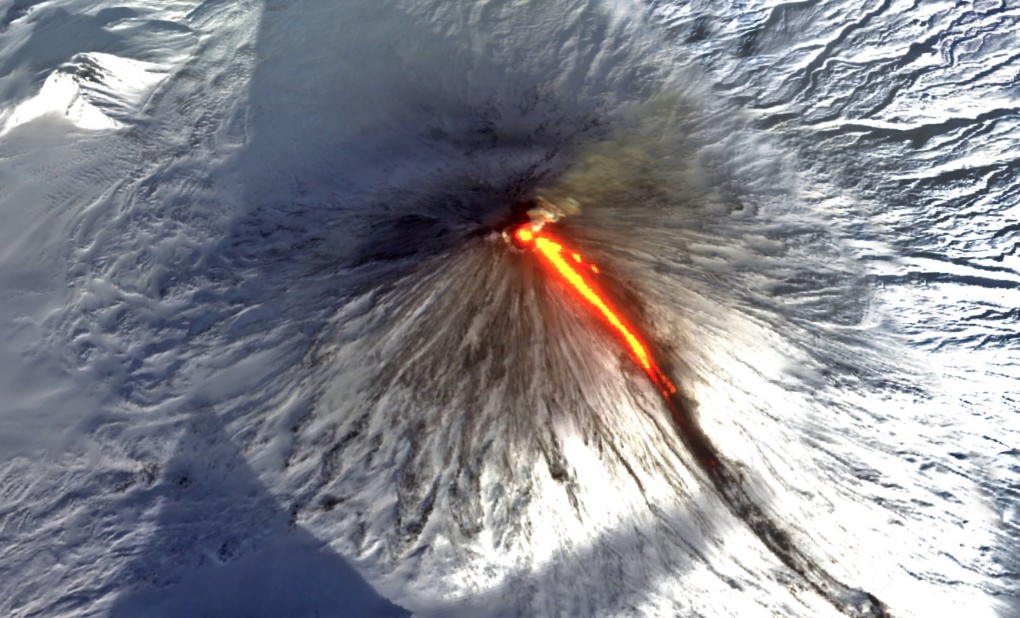 Last month, new lava effusion was observed along the Apakhonchich chute. Eruptions sent ash up to 300 to 400 m (980 to 1 300 feet) above the crater, while a gas-steam plume containing some ash descended along the slope of the volcano towards the east.

The Aviation Color Code was raised from Green to Yellow on October 2 and from Yellow to Orange on October 7.