There are no reports of damage, and about 38 people have reported feeling the small quakes.

Kenston urged residents to walk through their houses today, or place of work, and do a 'hazard hunt.' "Secure bookshelves, water heaters and items that can easily fall and hurt you," he said. 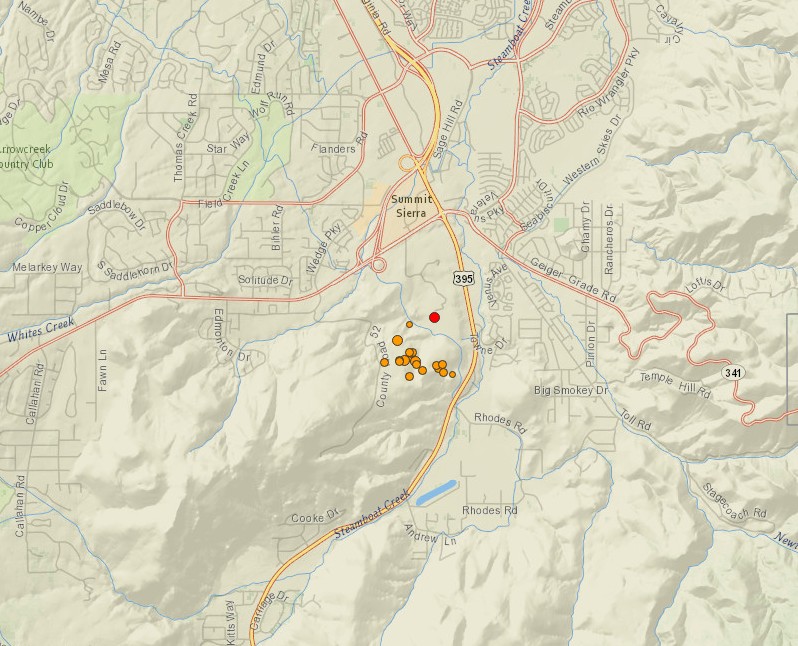 The public is urged to be prepared in the event an emergency causes them to be self-reliant for three days without utilities and electricity, water service, access to a supermarket or local services, or maybe even without response from police, fire or rescue.

Over the last 150 years, Nevada has ranked as the third state in the United States in the number of large earthquakes. Since the 1850s, 76 earthquakes with potentially destructive magnitudes of 5.5 or greater have occurred in Nevada.