The object was visible for more than 45 seconds and was described by many as having multiple colors and breaking up in pieces. It was traveling from the SW to the NE over Georgia, South Carolina and North Carolina.

According to The Aerospace Corporation, SL-6 Rocket Body 2 re-entered at 05:30 UTC on June 29, much earlier than expected (as indicated by the sightings). The reasons are unknown and additional information is unavailable, they said. 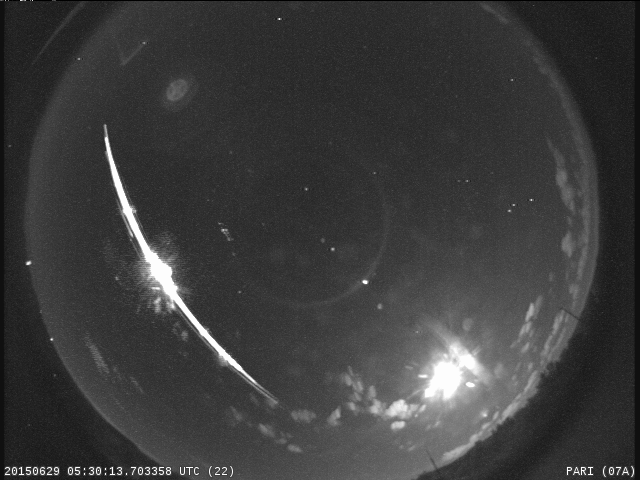 "It wasn't a meteor," Bill Cooke of the NASA's Meteoroid Environment Office said. "It moved too slowly and had a shallow angle which suggest that it was a re-entry piece of space debris or something like that."

Bill Cooke speaking about the event. 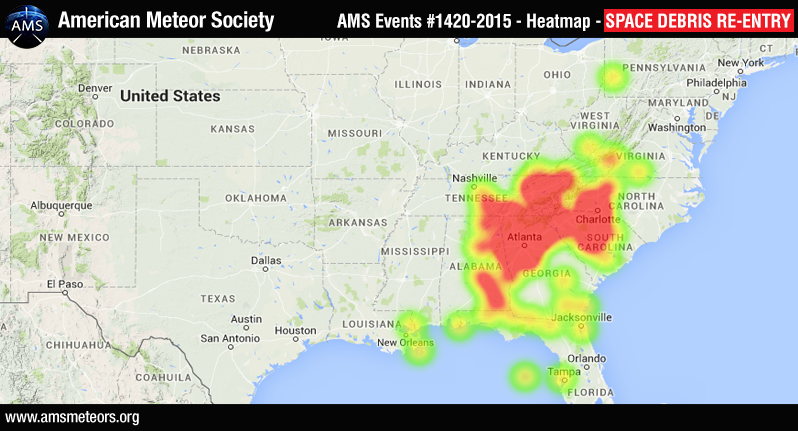 Vincent Perlerin of the AMS wrote:

"As the space junk breaks apart in the atmosphere each nut, bolt or fragment of glass or metal will create a mini fireball. These objects generally travel much slower than fireballs and cover wider distances. Most of the witnesses reported the event lasting more than 45 seconds, where as a normal fireball would last about 3 – 5 seconds. The long duration time, witness descriptions and long distance of travel suggest this object was some type of space debris."