A piece of space junk, possibly parts of Delta II rocket launched back in 1989, entered Earth's atmosphere at around 06:23 UTC on January 30, 2020, and disintegrated over Los Angeles, California. The event lasted up to 20 seconds.

It was recorded from Los Angeles to San Diego and reported to the American Meteor Society (AMS) by more than 60 people.

Although it was initially mistaken for a natural fireball, the object shows all characteristics of space junk entering Earth's atmosphere.

Some of the witnesses thought it was possibly related to the so-called 'Pittsburgh satellite collision' — a potential collision between two old satellites expected on January 29 — but this was also ruled out. 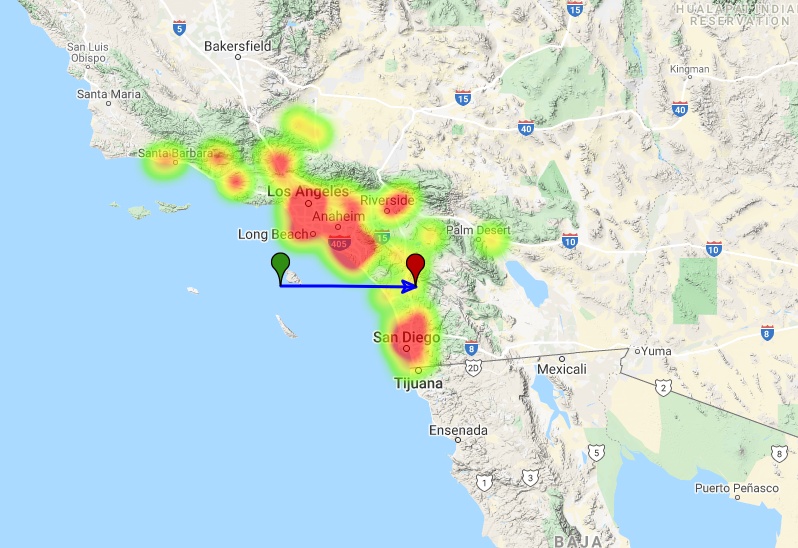 The event was captured by Bob Lunsford, one of the AMS/AllSky6 camera operators, from El Cajon, California, and many others.