A massive chunk of space debris has fallen from the sky on Thursday, November 10, 2016 and hit a jade mining area in Hpakant, Kachin state, Myanmar. At about the same time, another piece of metal emblazoned with Chinese writing tore through the roof of a nearby house, state media said.

Residents of a nearby village reported hearing a loud bang before the object landed. The cylindrical object is 4.5 m (15 feet) long and 1.2 m (3.9 feet) wide.

According to the Global New Light of Myanmar newspaper, officials from the local Defence Service said it bounced 50 (150 feet) and landed in a muddy area of the infamous mine.

"We were all afraid of that explosion," villager Ko Maung Myo said for the Myanmar Times.

"Initially, we thought it was a battle. The explosion made our houses shake. We saw the smoke from our village."

"The air near the object smelled acrid," he added. 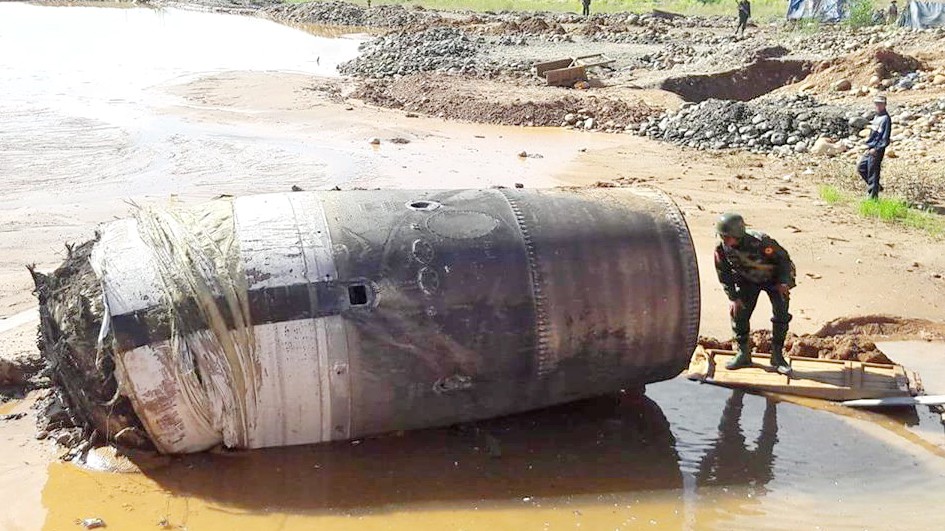 The object appears to be same shape and size as a part of the rocket known as a stage. Image credit: Ko Muang Myo

The second piece was much smaller but it tore through the roof of a nearby house. Miraculously, the residents were unharmed.

Local media said the objects are assumed to be parts of a Chinese Long March 11 rocket which lifted off from the Jiuquan Satellite Launch Centre on Wednesday night, carrying an experimental satellite.

However, it is still not officially confirmed that the launch of the satellite and the metal objects found in Kachin state were related. 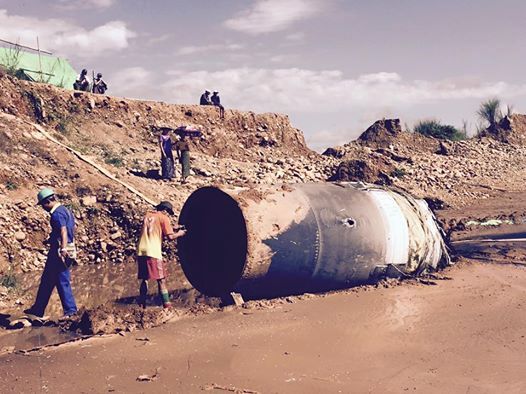 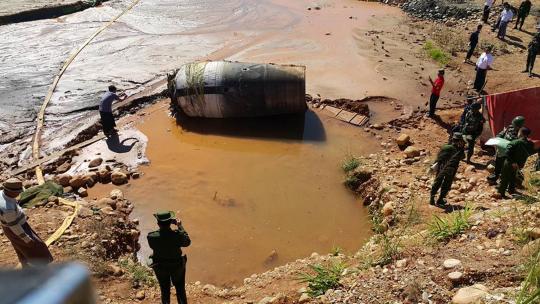 "The military is taking security measures and has covered the debris with tarpaulin. No one was injured although there were many jade scavengers around when the debris fell," said Police Colonel Tun Oo.