The center of Typhoon "Kujira" hit Hainan island, southern China on June 22, moved into the Gulf of Tonkin and hit southeastern coast of Vietnam late June 23. Kujira has weakened into a tropical depression as it made the second landfall and continued its WNW track toward northeastern Vietnam on June 24. It is the 8th typhoon of the 2015 Pacific typhoon season, and the first one to hit Vietnam and China.

Kujira brought strong winds and heavy rain to Hainan (50 to 150 mm) which came as a blessing to 1/3 of the island currently experiencing prolonged drought, but its widespread thunderstorms and rain caused extensive damage across southern and eastern China. Luckily, there were no injuries, mainly because government enforced swift evacuations.

Northeastern localities of Vietnam also experienced strong winds and heavy rain causing many disruptions. Flash floods and landslides are still possible over the next hours in the northeast region.

People in landslide-prone area are asked to move away. 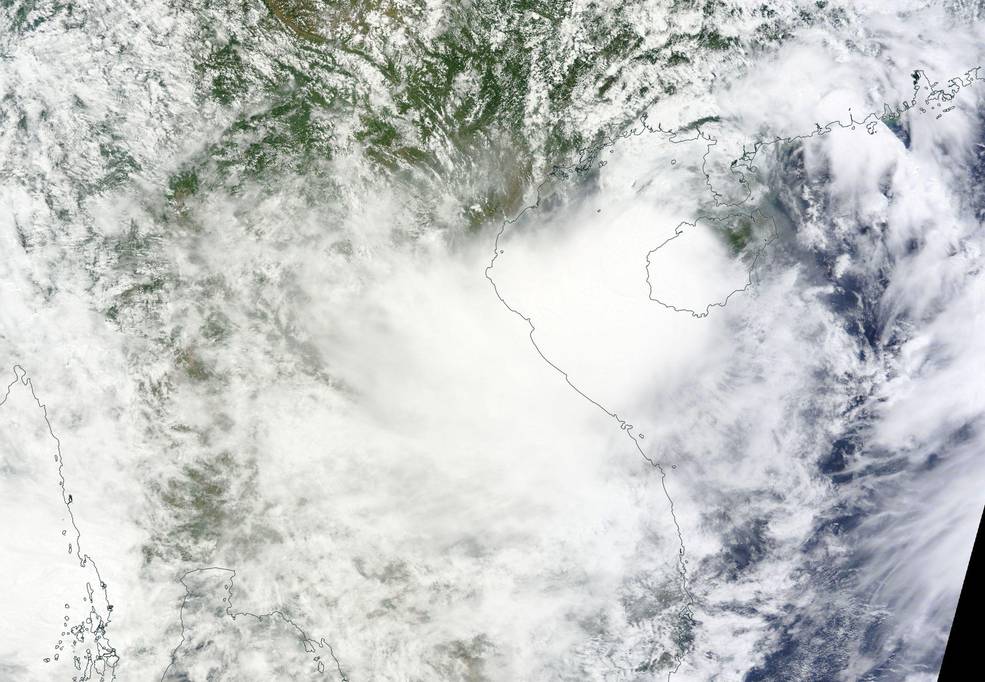 NASA's Terra satellite passed over Kujira as it moved into the Gulf of Tonkin on June 23. The eastern quadrant of the storm was still blanketing the western half of Hainan Island, while the western quadrant was over central Vietnam. Image credit: NASA Terra/MODIS.

Kujira made first landfall in Wanning city, southeast Hainan province, on June 22 at 10:50 UTC (18:50 local time), as a tropical storm. It then moved north-west over the island of Hainan bringing strong winds and heavy rainfall. Authorities had previously evacuated nearly 40 000 people for precautionary reasons.

By 11:30 UTC, 63 flights were canceled at the Meilan International Airport in Haikou. The Sanya Phoenix International Airport canceled 99 flights, affecting the travel plans of 11 000 passengers. Shipping services and passenger trains on the Qiongzhou Strait, which connects Hainan and Guangdong, were suspended as well as high-speed trains between Haikou and Sanya. All elementary and middle schools in Haikou City were closed on Tuesday, according to the local government.

RapidScat instrument onboard the ISS took two views of Kujira that day with the first one coming just a few hours before landfall on Hainan Island. 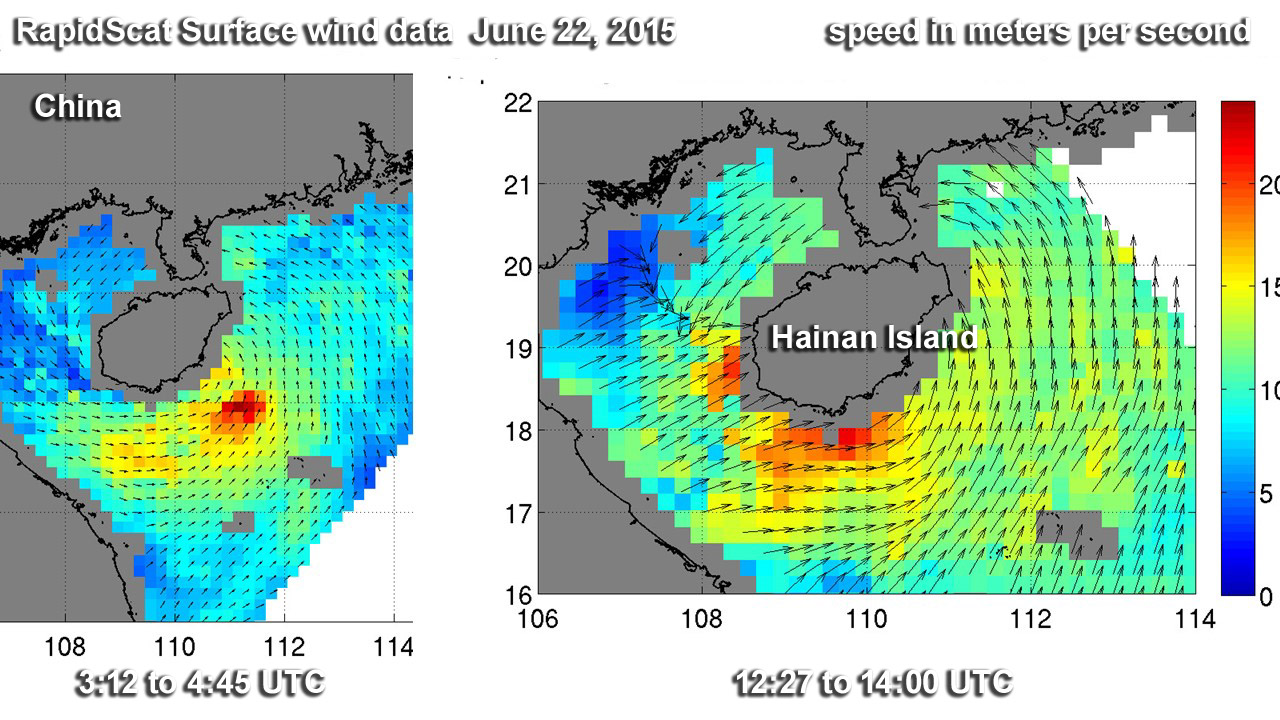 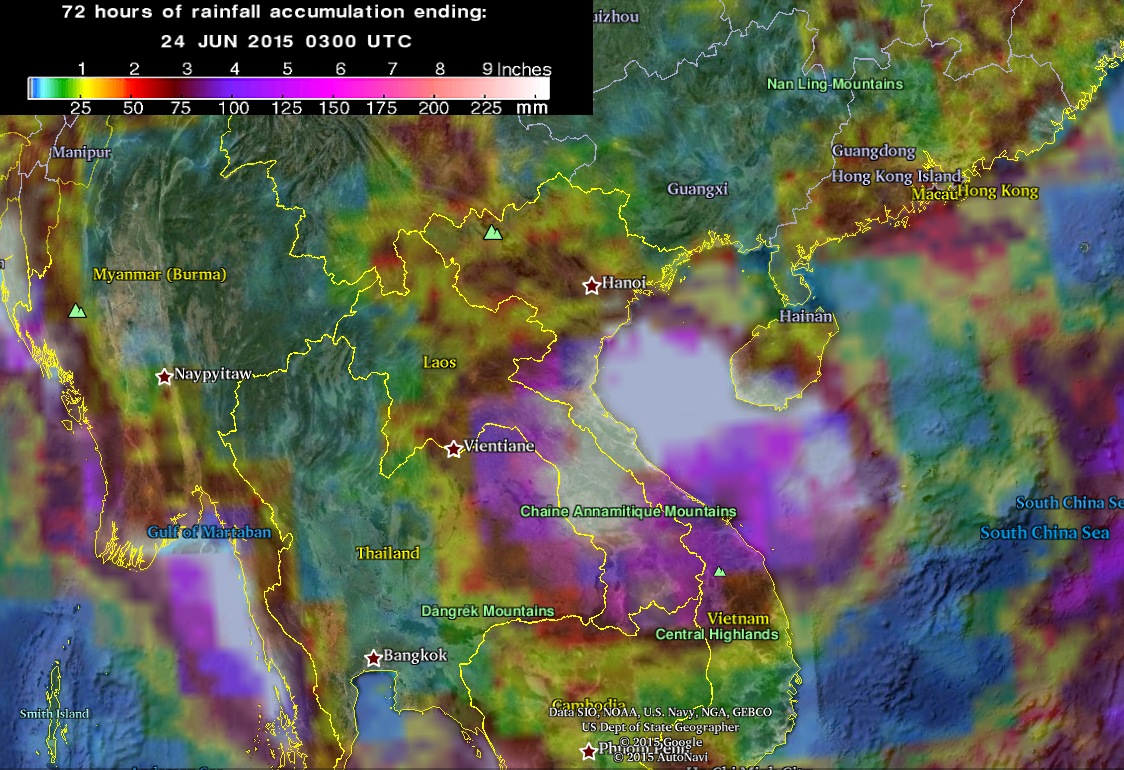 JTWC expects the system to continue moving inland and further deteriorate leading to its dissipation within the next 24 hours.