A large green fireball accompanied by sonic booms was observed over European countries of Germany, Austria and Switzerland at 19:44 UTC on March 15, 2015.

Markus Griesser from the Eschenberg Observatory in Switzerland said the information they received clearly indicates that it was a meteorite. He added it is too early to determine where the meteorite may have crashed.

Witnesses told Swiss newspaper Le Matin that they saw a “flash, like a lightning bolt” and others reported hearing a dull thunder accompanying the meteorite as it passed through the sky, TheLocal.fr writes.

Some reported hearing two loud explosions on top of seeing the greenish light.

Note: Check your volume before starting the next video. The sound is loud and distorted.

Few hours later, a major search operation was launched off the west coast of Cumbria, UK after concerned members of the public reported someone in trouble at around 21:20 UTC on March 15.

"After a thorough search of the area and enquiries made, as well as receiving more reports from other parts of the country reporting lights in the sky, it was decided that the sighting was probably a meteorite," a spokesman for the coast guard said. (News & Star)

Judging by reports submitted to Armagh Observatory (Northern Ireland) late on March 15, this was a separate event. 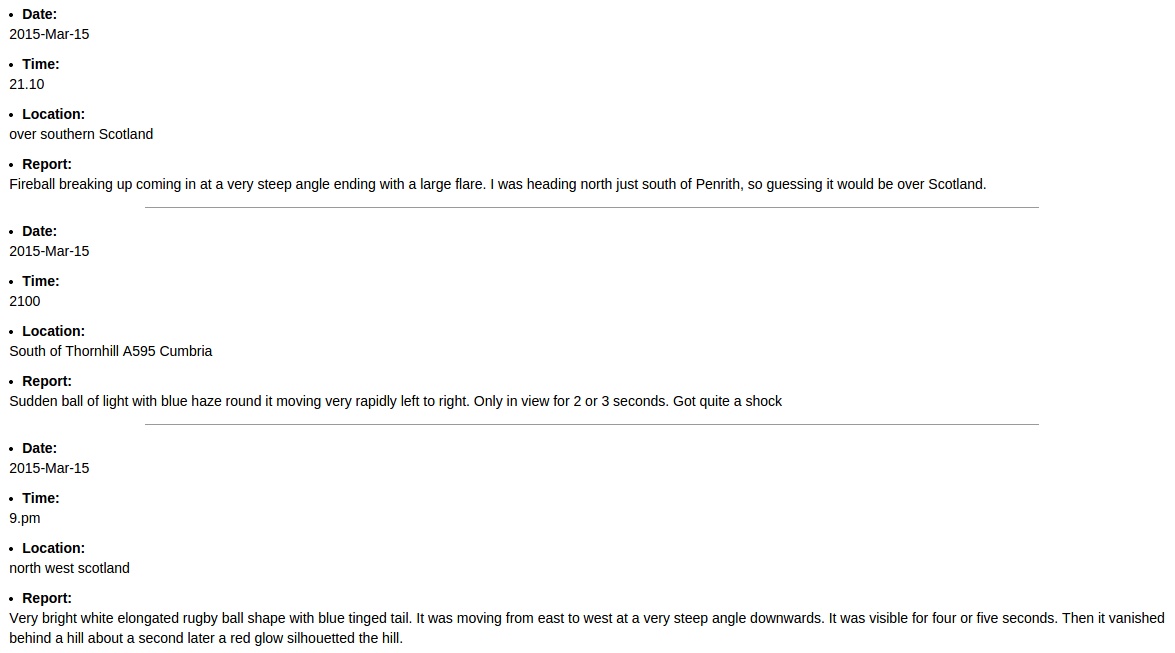 Earlier on March 15, a meteorite has reportedly landed in the Sredna Gora mountain near the town of Sopot, central Bulgaria. Locals reported seeing bright lights just before 17:00 UTC followed by rumbles and smoke, according to Novinite's Bulgarian-language website.

Some witnesses claim the fireball looked "the size of a washing machine" while making its way downwards, but Sopot Mayor Veselin Lichev told private national channel TV7 that "it was a small piece of a rock." (Novinite)