Volcanic ash was first estimated reaching an altitude of 3.6 km and drifting SW, but was later revised to 9.1 km based on MTSAT-2 IR satellite image. 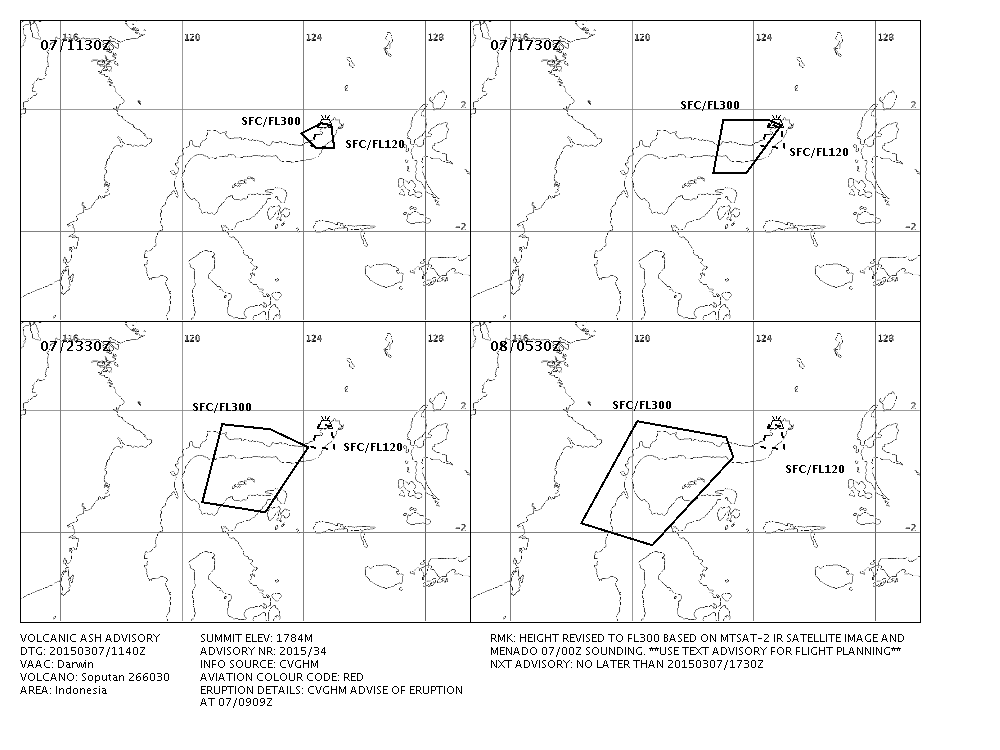 Based on information from PVMBG and weather models, the Darwin VAAC reported that during February 11 – 12 an eruption at Soputan generated ash plumes that rose to an altitude of 3.7 km a.s.l. and drifted almost 30 km SE. Ash was not identified in satellite images due to darkness and meteorological clouds.

Ash plume rose to an altitude of 6.1 km a.s.l. during the February 2 eruption. A thermal anomaly was visible in satellite images; ash was not visible at the reported altitude, but possible ash was detected to the N at 3 km a.s.l.