Increase in the number of seismic events at the volcano has been detected since the end of August 2018, Soputan Volcano Observatory reported 22:46 UTC on October 2, raising the Aviation Color Code from Green to Yellow.

"Eruption and ash emission is continuing and ash-cloud is moving WNW," it said 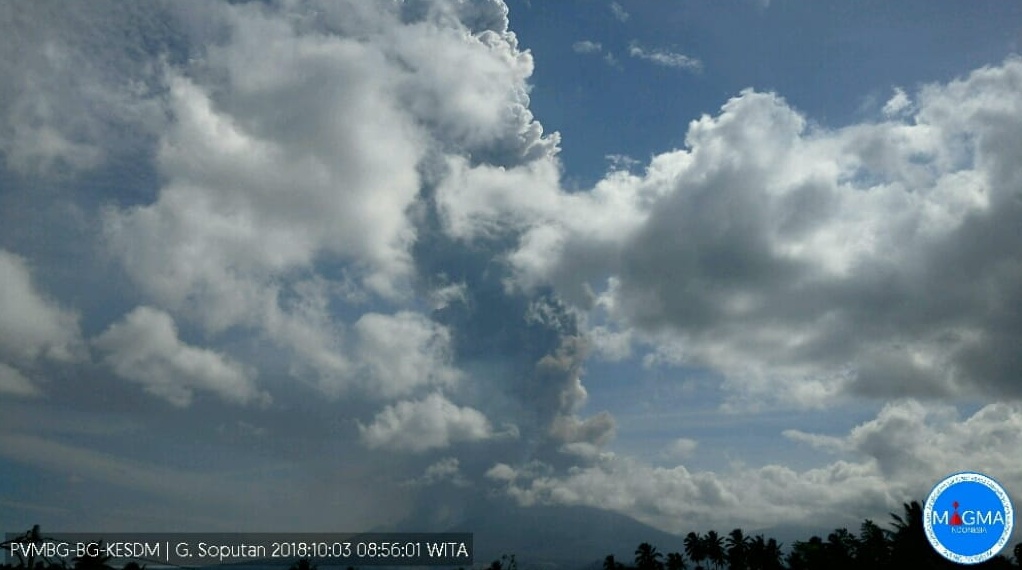 Seismic activity is characterized by the continuous volcanic tremor.

Ash is drifting to the west and northwest and it will not disrupt flights, authorities said, adding that Sam Ratulangi International Airport in Manado is still operating normally.

The Center for Volcanology and Geological Hazard Mitigation (CVGHM) has advised local residents not to approach within 4 km (2.5 miles) of the summit and as far as 6.5 km (4 miles) west-southwest from the summit to avoid the potential threat of lava and pyroclastic flows.

CVGHM advised residents to prepare face masks in case of ash fall and the North Sulawesi Disaster Mitigation Agency has started distributing them.

The community must be aware of the potential threat of lava flows that can occur during an eruption, especially in Ranowangko River, Lawian River, Popang River and Londola Kelewahu. 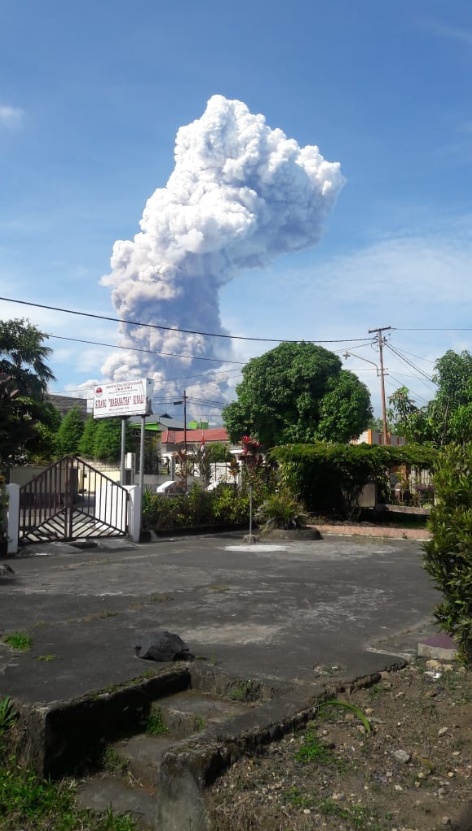 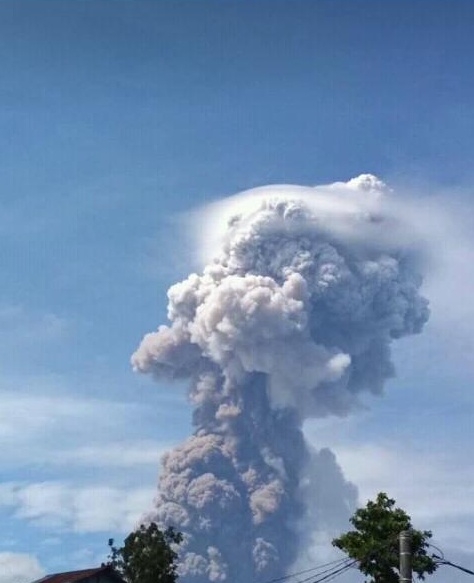 The small Soputan stratovolcano on the southern rim of the Quaternary Tondano caldera on the northern arm of Sulawesi Island is one of Sulawesi's most active volcanoes. The youthful, largely unvegetated volcano rises to 1 784 m ( 5 853 feet) and is located SW of Sempu volcano.