A high-level eruption occurred at Indonesian Soputan volcano (North Sulawesi) around 10:15 UTC on February 6, 2016. Aviation color code was set to Red. The peak of the volcano was not visible due to clouds and fog.

According to the Darwin VAAC report issued 10:45 UTC, volcanic ash reached 7 km (23 000 feet). "The eruption is clearly visible on satellite, and volcanic ash is expected to move west to northwest and dissipate after the next 12 hours. Further eruptions are possible," the office said. "There is a low confidence in long-term forecast due to early stages of the eruption."

According to a local newspaper article, there were two eruptions today. A presumably smaller one (which did not cause any alerts) in the morning at 10:00 (local time), and a "terrific" eruption at 18:15 local time (10:15 UTC), which sent a large ash plume into the sky, Volcano Discovery reported. Ashfall was reported from the areas at the feet of the volcano, but there seems not to have been any damage. 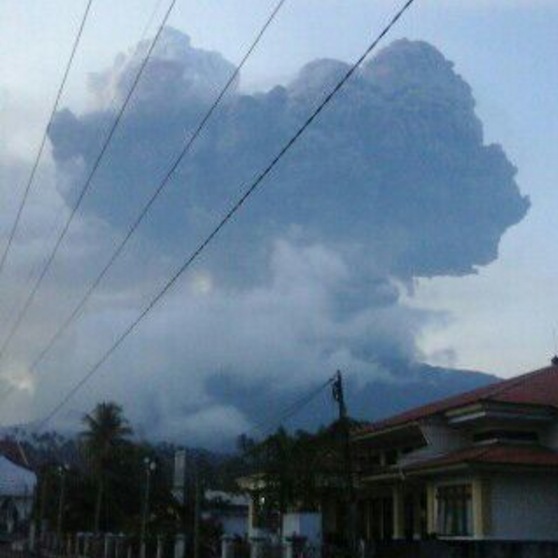 On January 6, 2016, BNPB reported that several explosions had been detected since the Alert Level for Soputan was raised to 3 (on a scale of 1-4) on January 4. Strombolian activity that began at 03:50 local time on January 5 ejected incandescent material as high as 250 m (820 feet) above the crater. A booming sound at 06:38 was followed by a pyroclastic flow that traveled 2.5 km (1.5 miles) down the ENE flank. 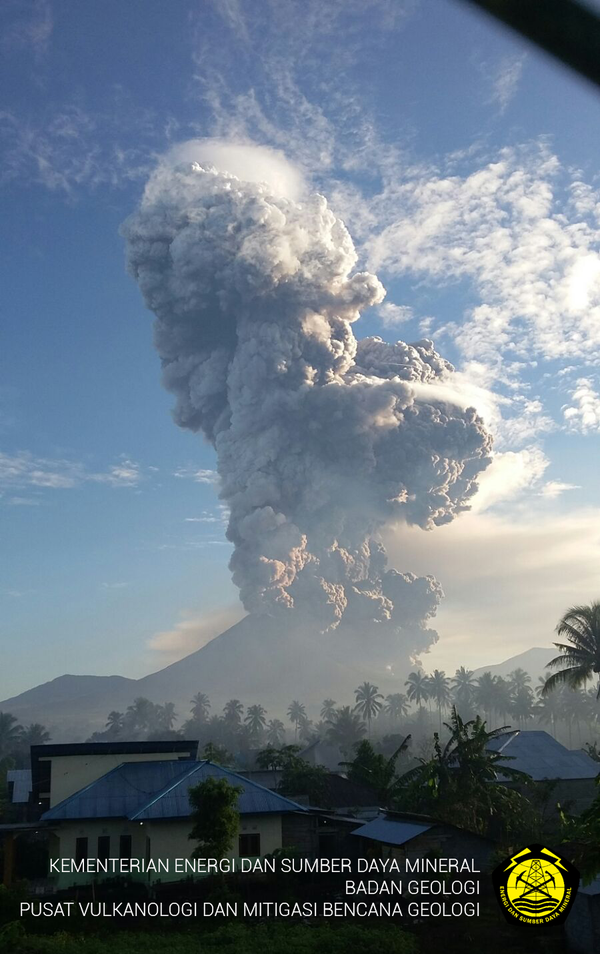