CSIRO and the Bureau of Meteorology released climate change projections for Australia that provide updated national and regional information on how the climate may change to the end of the 21st century.

The projections are the most comprehensive ever released for Australia and have been prepared with an emphasis on informing impact assessment and planning in the natural resource management sector. Information has been drawn from simulations based on up to 40 global climate models.

CSIRO and Bureau researchers have confirmed that most of the changes observed over recent decades will continue into the future.

“We also have very high confidence that sea levels will rise, oceans will become more acidic, and snow depths will decline”.

“We expect that extreme rainfall events across the nation are likely to become more intense, even where annual-average rainfall is projected to decline.”

In southern mainland Australia, winter and spring rainfall is projected to decrease, but increases are projected for Tasmania in winter.

For the rest of Australia, naturally occurring fluctuations in rainfall patterns will dominate over trends due to climate change until 2030, after which the trends associated with climate change will begin to emerge.

By 2090, winter rainfall is expected to decrease in eastern Australia. 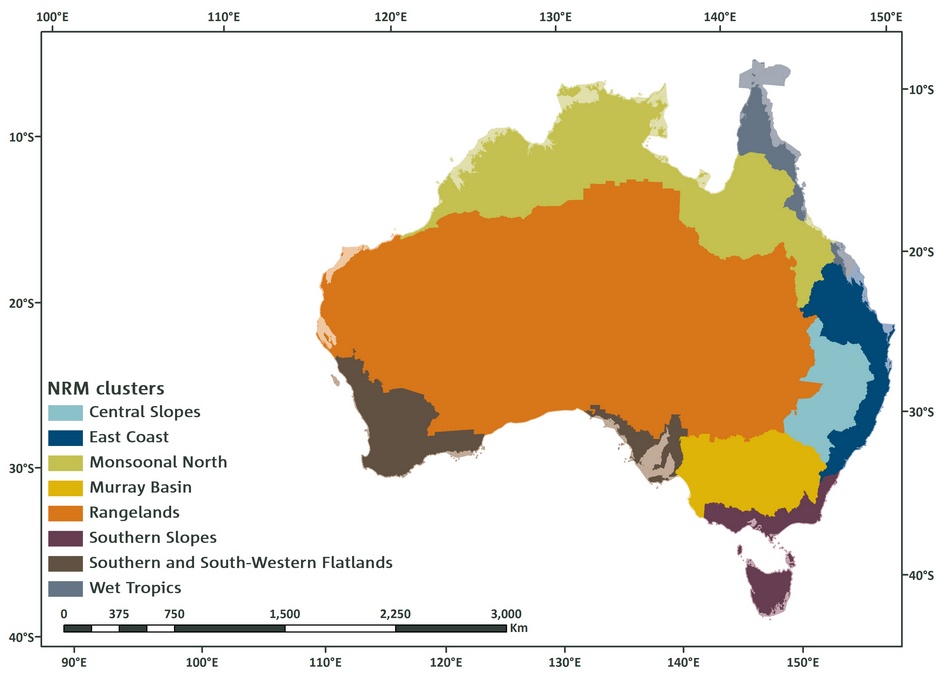 “This research has been strongly aligned with the needs of Australia’s natural resources sector”, Mr Hennessy said. “Other researchers are using this information to assess potential impacts and management options.”

Projected changes will be superimposed on significant natural climate variability.

Observed climate information indicates that Australian average surface air temperature has increased by 0.9° C since 1910, and many heat-related records have been broken in recent years. Sea level has risen about 20 cm over the past century.

The new climate change projections for Australia are funded by the Department of the Environment through the NRM Planning for Climate Change Fund with co-funding from CSIRO and the Bureau of Meteorology.