Seismic activity in Bardarbunga is slowly decreasing but it still continues to be strong. The lava field has recently thickened substantially and activity on the surface has decreased.

Meanwhile, very high values of sulfur dioxide (SO2), about 84000 µg/m3, were recorded at the eruption site in Holuhraun on Wednesday, January 21, 2015. Those are the highest values recorded at ground level since the eruption started, The Scientific Advisory Board of The Icelandic Civil Protection said yesterday.

SO2 is one of the most abundant gasses released from Holuhraun eruption site, along with water (H2O) and carbon dioxide (CO2), The Environment Agency of Iceland explains.

It is an invisible gas with a sharp smell, a potent acid rain maker which damages forests and crops, changes the makeup of soil, and makes lakes and streams acidic and unsuitable for fish. Continued exposure over a long time changes the natural variety of plants and animals in an ecosystem.

Moreover, sulfur dioxide is associated with increased risk of respiratory diseases, asthma, and premature death. Its toxicity is estimated about 700 times that of carbon dioxide.

Persons with asthma, bronchitis, emphysema and heart diseases are more sensitive compared to healthy people and develop symptoms at lower concentrations compared to others. They are advised to have their respiratory medication available. 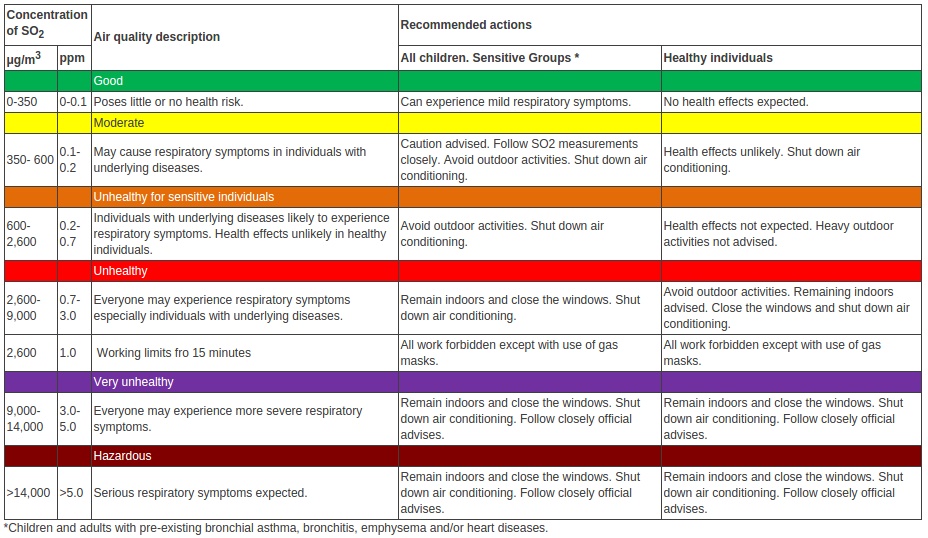 Credit: The Environment Agency of Iceland

It is wise to use the same recommendations for children as for people with underlying respiratory diseases, although no reliable data on children and SO2 is available. 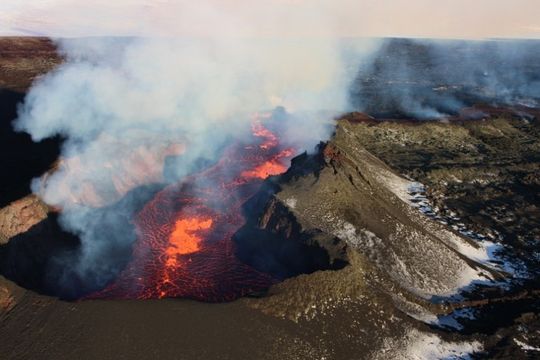 The southern end of the rampart; surveillance flight with the Icelandic Coast Guard January 21, 2015. Photo by: Morten S. Riishuus

The volume of the subsidence in Bardarbunga caldera was also measured on January 21 and is now 1.7 – 1.8 km3. The change in volume from the last measurement corresponds to a flow of magma from underneath Bardarbunga of about 60 m3 per second. The greatest subsidence is now about 61 meters.

Over the last few weeks the geothermal cauldrons in Bardarbunga have enlarged, the board said.

Additionally, the Institute of Earth Sciences has processed an EO-1 satellite image from NASA in order to show the topography of the lava field and enhance the active patches. 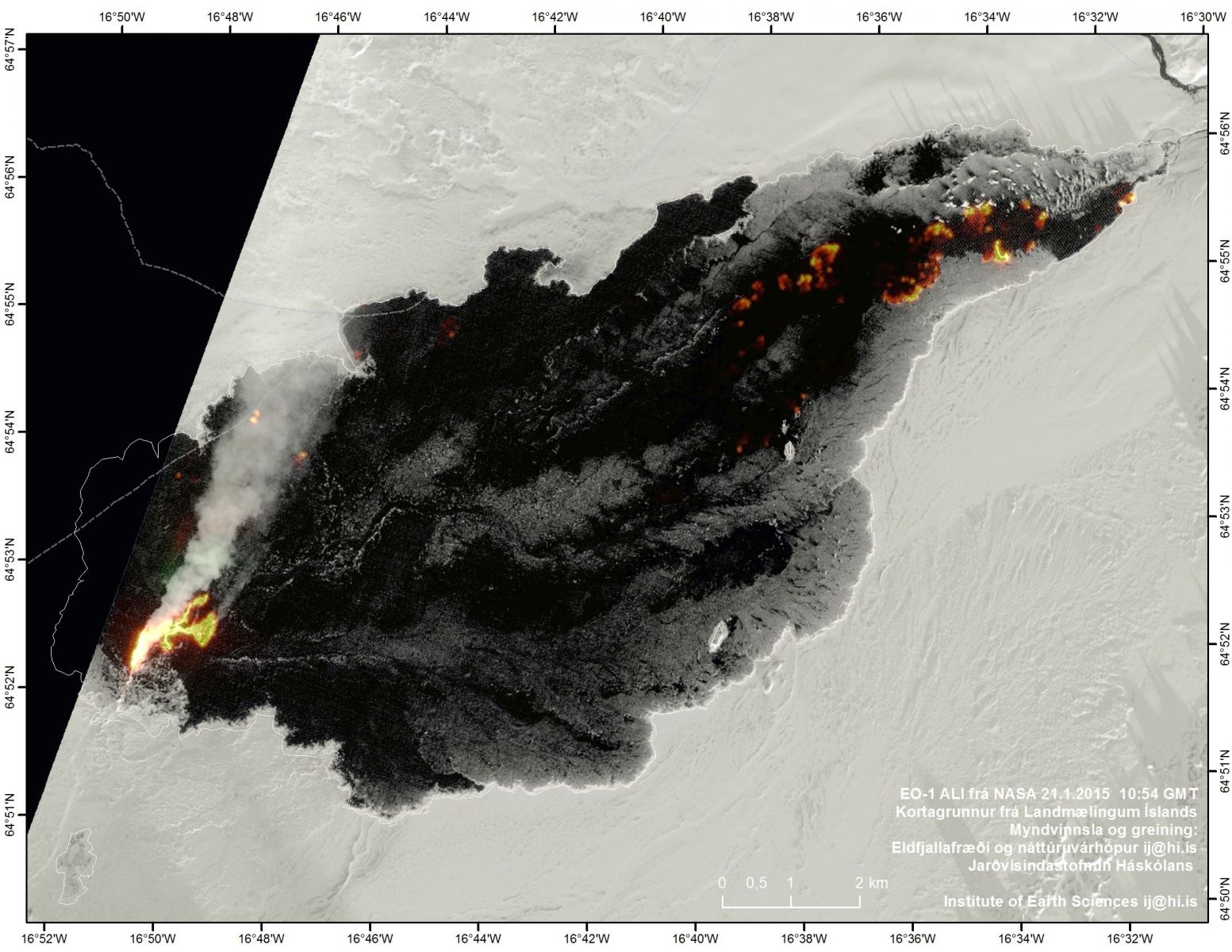 General assessment of seismicity on January 22

Although no significant changes in seismic and volcanic activity are observed from one day to the other, the overall activity has continued to decrease slowly in recent weeks.

However, seismic activity in the dyke intrusion continues at rather stable levels with 15 – 25 detected earthquakes per day, all smaller than magnitude 2.