A bioluminescent algal bloom created by Noctiluca scintillans, commonly known as Sea Sparkle, is turning Hong Kong's seashores into a spectacular and disturbing sight this week. Scientists say the fluorescent blue glow is an indicator of a harmful algal bloom.

Although this organism looks and acts like algae, it's actually as single-celled organism that can function as both animal and plant.

Samantha Joye, oceanographer at the University of Georgia, said for AP this type of blooms are triggered by farm pollution that can be devastating to marine life and local fisheries.

According to R. Eugene at Louisiana State University, this organism does not produce neurotoxins like other similar organisms do, but its role as both prey and predator can eventually magnify the accumulation of toxins in the food chain.

Noctiluca scintillans is a nonphotosynthetic, heterotrophic and phagotrophic dinoflagellate species that can be found widely distributed throughout the world, often along the coast, in estuary, and shallow areas of the continental shelf that receive plenty of light which promotes the growth of the phytoplankton that make up a large portion of its diet.

Toxic blooms of this organism have been linked to massive fish and marine invertebrate kills. Although this species does not produce a toxin, it has been found to accumulate toxic levels of ammonia which is then excreted into the surrounding waters possibly acting as the killing agent in blooms (Okaichi & Nishio 1976; Fukuyo et al. 1990). Extensive toxic blooms have been reported off the east and west coasts of India, where it has been implicated in the decline of fisheries (Aiyar 1936; Bhimachar & George 1950). 1

The following images are examples of fluorescent blue glow created by Noctiluca scintillans: 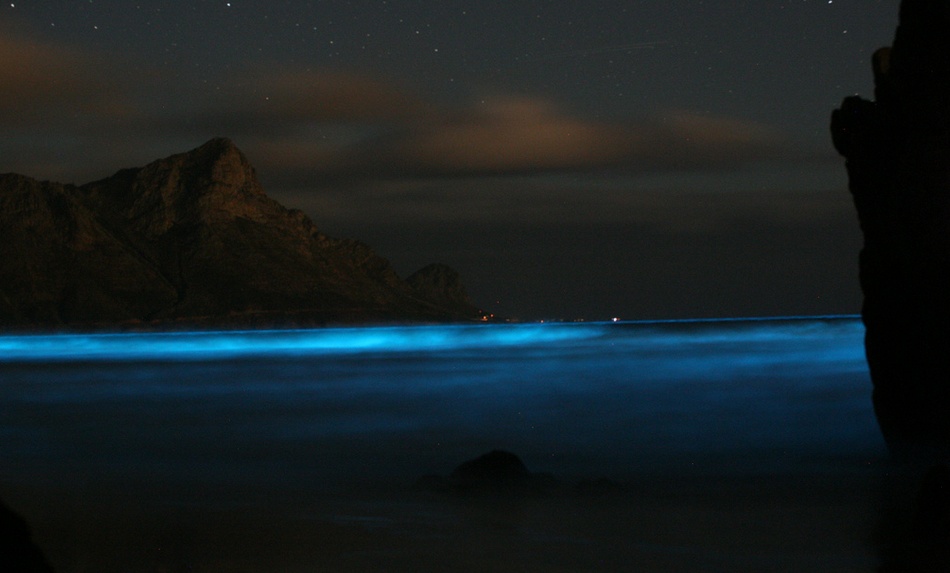 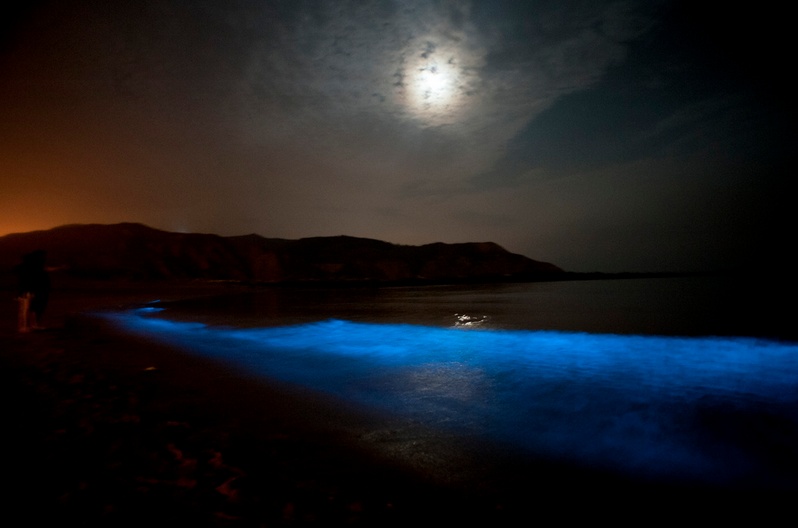 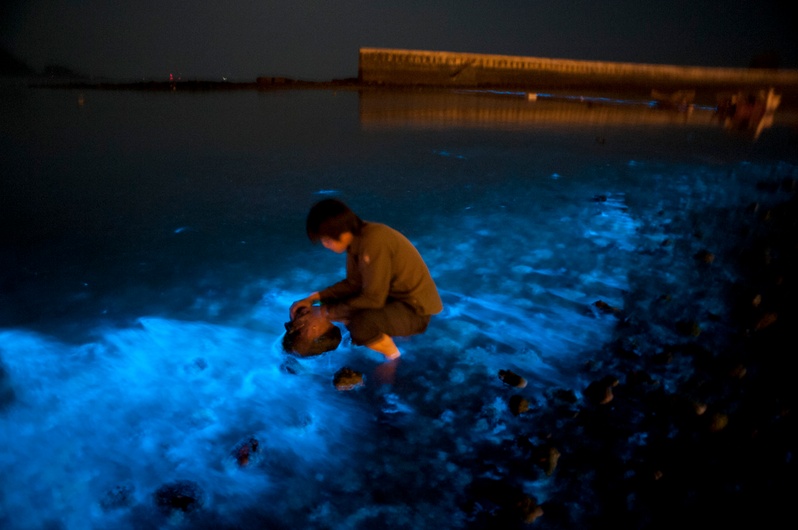 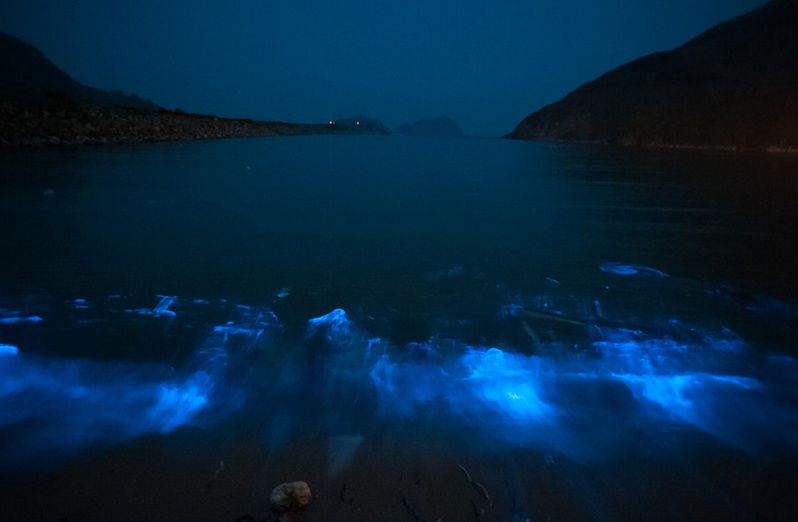