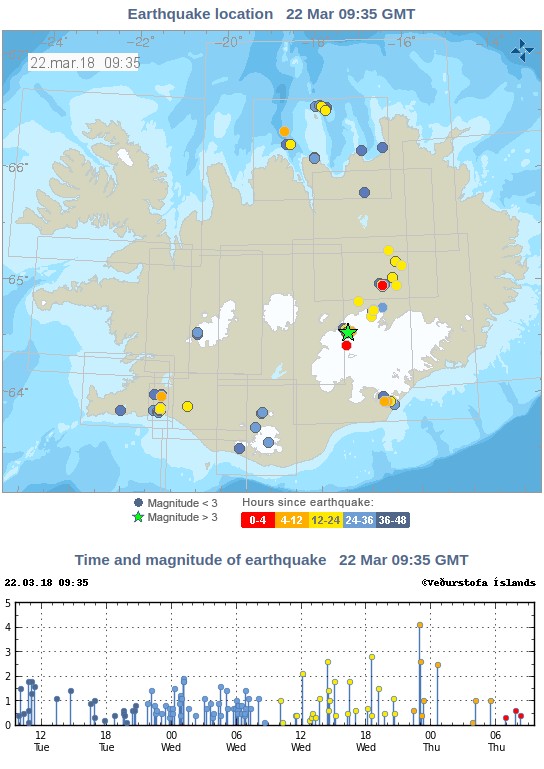 Bardarbunga, one of the most powerful volcanic systems in Iceland, has been showing a significant level of activity in recent months, Iceland Magazine reports. These quakes are caused by magma being thrust from the Earth's mantle up into the lava chambers of the volcano. The volcano has been re-filling it's lava chambers since the end of the 2014-15 Holuhraun eruption.

The large central volcano of Bárðarbunga lies beneath the NW part of the Vatnajökull icecap, NW of Grímsvötn volcano, and contains a subglacial 700-m-deep (2 300 feet) caldera. Related fissure systems include the Veidivötn and Trollagigar fissures, which extend about 100 km SW to near Torfajökull volcano and 50 km (31 miles) NE to near Askja volcano, respectively.