Typhoon Haiyan, the strongest tropical cyclone to make landfall in recorded history and the deadliest in Philippines history, continued on its path of destruction across northeastern Vietnam and southern China.

It made a second landfall near Hong Gai, northern Vietnam, as a tropical storm late on November 11, 2013 with maximum sustained winds of 120 km/h (75 mph) and continued moving northeast through southern China. 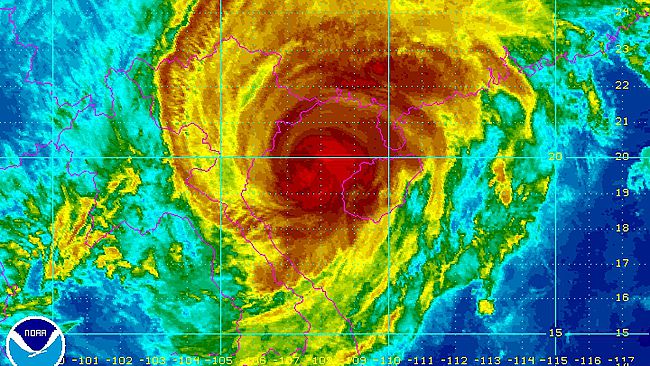 Satellite data showed the extent of the tropical storm's cloud cover that stretched from northeastern Vietnam over southeastern China. 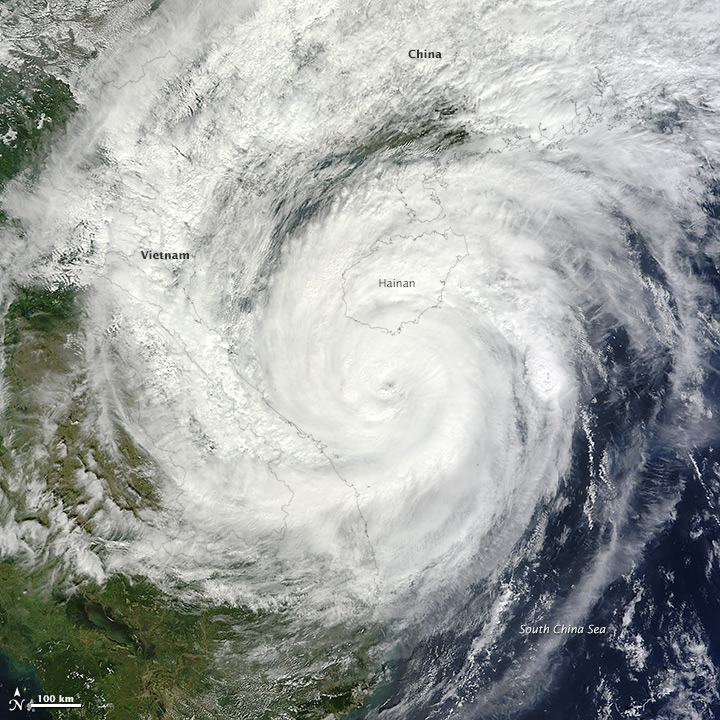 The system weakened quickly while over land and bulk of the thunderstorms had been pushed north of the center as a result of increasing winds shear from the southwest. Mid-latitude westerly winds moving over China helped weaken the storm. The MODIS image showed the extent of cloud cover from northeastern Vietnam over the Guangxi, Guangdong, Hunan, Guizhou, Sichuan, Chongqing, Hubei, Shaanxi, Henan, Anhui and Jaingxi provinces before dissipation. 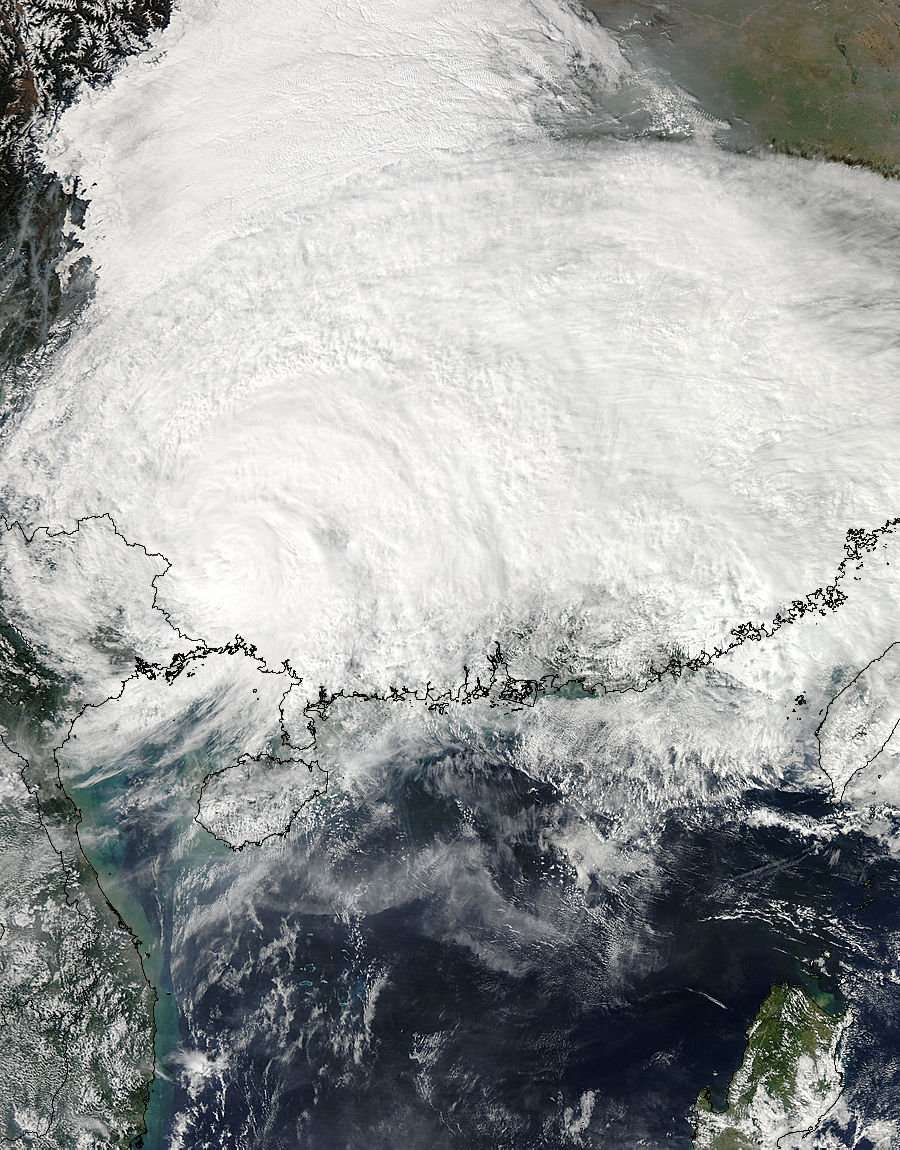 More than 600 000 people were evacuated. Torrential rain from the system caused flash floods responsible for 13 victims in Vietnam and 8 more in southern China. Maximum rainfall amount of 374.5 mm (14.74 inches) was recorded in Fangchenggang City, China.