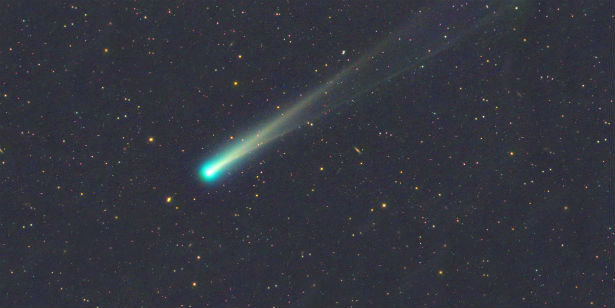 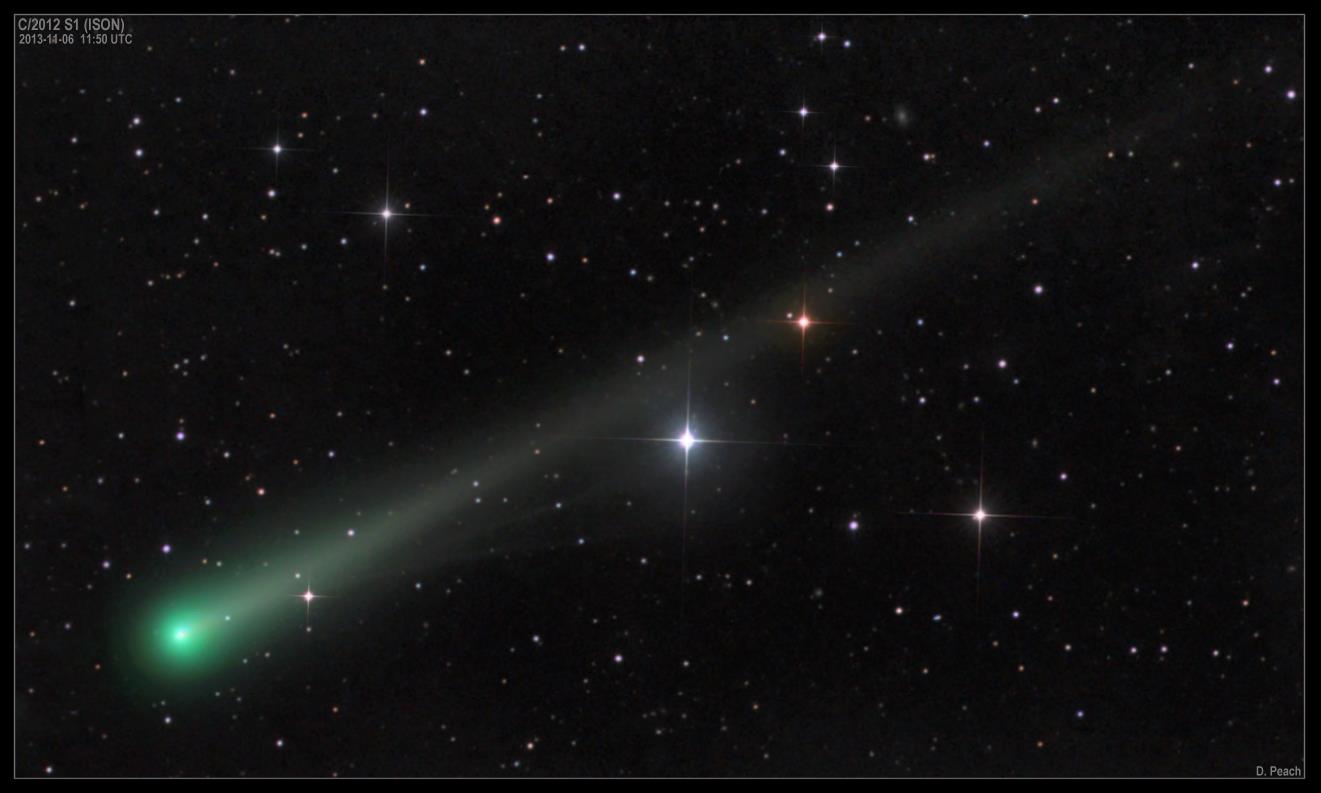 One of the first images that showed double tail feature was taken by Damian Peach on November 6, 2013 (Credit: Damian Peach) 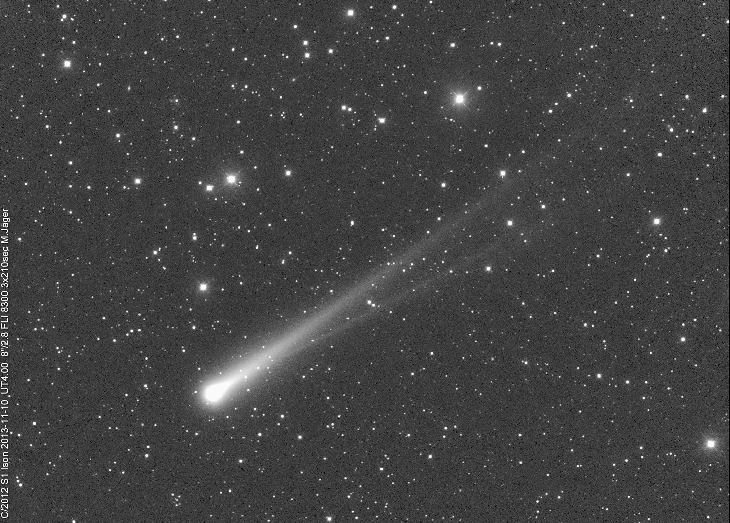 In the meantime, NASA's Chandra X-ray observatory, ninth spacecraft that is now observing Comet ISON, captured first X-ray image of comet on November 3, 2013, detected in the ACIS-S low resolution spectro-photometer. The morphology looks pretty normal, with maximum brightness closest to the nucleus, but a bit offset towards the Sun. Only in the past 20-years have we known that comets emit X-rays, so seeing ISON shining brightly at these wavelengths is very exciting. If the comet survives its close encounter with the Sun, another X-ray imagers on the NASA MESSENGER spacecraft could take more interesting shots. 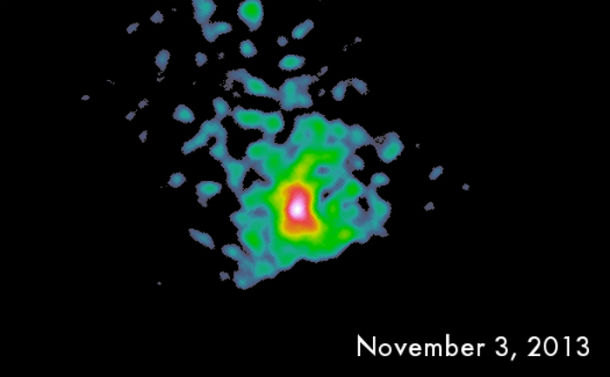 ISON is now inside the orbit of Venus and it is currently moving through the constellation Virgo low in the eastern sky before dawn. It is moving extremely fast now at around 50 km/s (180 000km/h, 112 000mph), and approaching twilight skies so it will become increasingly difficult to observe. ISON is now shining as bright 8 magnitude star 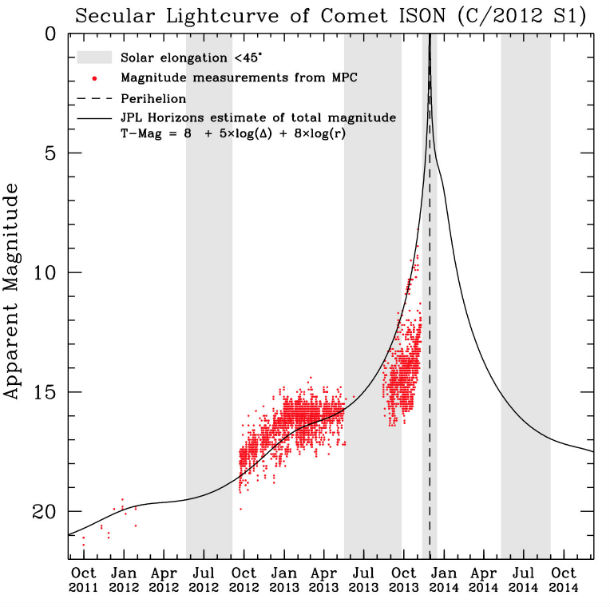 Location of Comet ISON on November 12, 2013 in relation with STEREO Ahead and STEREO Behind spacecrafts, Mercury, Venus and Earth (Credit: NASA/STEREO)

At its closest approach it will be 64 million km (40 million miles) from Earth, just under half the distance between our planet and the Sun.