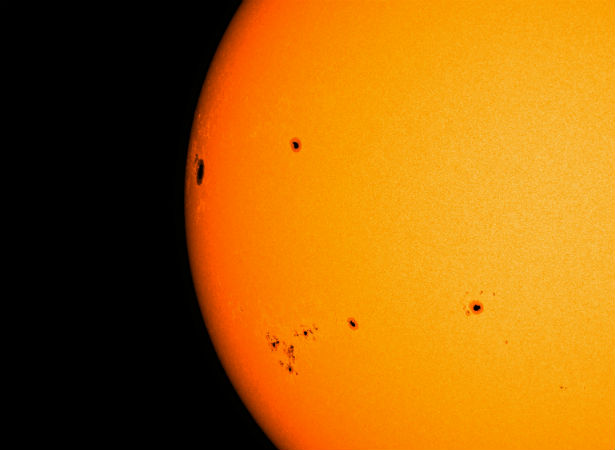 Sunspot 1897 already produced a few C-class flares and grew in size and complexity. This active region could produce strong flares in the coming days. Old Sunspot 1875 remained active during it's transition over farside of the Sun and it just emerged at eastern limb. This active region unleashed several strong flares in October and is about to continue it's rotation.

Sunspot 1890 is decaying but it still has a 'beta-gamma-delta' magnetic field that harbors energy for X-class solar flares. However, any ejected material should be directed away from our planet given the position of this active region as it rotates towards western limb. 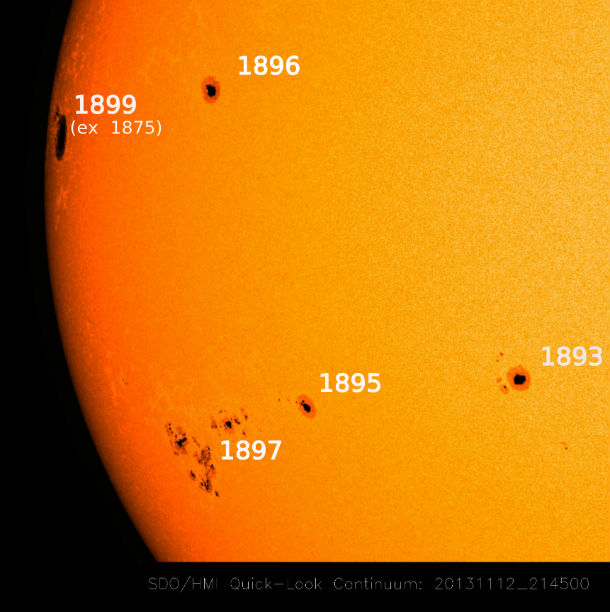 Other sunspots remained stable. There are currently 7 numbered sunspots on the visible solar disk. NOAA forecasters estimate a 65% chance of M-class flares and a 35% chance of X-flares during the next 24 hours.

Meanwhile, it seems that the CME first observed in SOHO/LASCO C2 field of view at about 08:48 UTC on November 12, is possibly Earth-oriented.

Two CME's propelled into space by the X-class flares of November 8 and 10 have merged into a single cloud on it's way toward our planet. It could deliver a glancing blow to Earth's magnetic field on November 13, producing minor geomagnetic storms.