A major Atlantic storm is set to move across the UK over the next 24 hours (October 27/28, 2013), bringing some heavy rain and very strong winds to parts of England and Wales. There is a chance of some localised surface water flooding.

The Met Office has issued Severe Weather Warnings for potential disruption from both the rainfall and the strong winds:

Persistent, heavy rain is likely to set in at the end of Sunday, accompanied by strengthening winds. The public should be aware that surface water flooding may develop quite rapidly.

A rapidly deepening low pressure system is likely to approach southwestern parts of Britain at the end of Sunday, although with some uncertainties over the timing.

During the initial phase, heavy rainfall seems more likely to be the main issue, with surface water flooding perhaps happening quite quickly in places given the intensity of rain falling onto already wet ground, perhaps exacerbated by drains blocked by leaf and twig debris.

This concern is likely to be swiftly superseded by the impact of the increasing winds for which a separate warning (for Monday) is in force.

A very intense low pressure system is forecast to run northeastwards across England and Wales early on Monday, bringing the potential for an exceptionally windy spell for southern parts of the UK.

At the same time, persistent, heavy rain could cause some surface water flooding, while the winds will lead to some very large waves around our coasts.

There remains slight uncertainty in the timing, intensity and track of the low as well as the northern limit of the strongest winds. However, the public should be prepared for the risk of falling trees as well as damage to buildings and other structures, bringing disruption to transport and power supplies. The public should also consider adjusting travel plans.

This warning has been updated to bring forward the end time. The public are advised to monitor the website for possible further updates.

A developing storm is expected to reach the UK later on Sunday. This is expected to run northeastwards, across England and Wales during Monday, with very strong winds on its southern and western flanks. We are expecting gusts of 96 – 112 km/h (60 – 70 mph) widely and locally over 128 km/h (80 mph), especially on exposed coasts, both in the southwesterly winds ahead of the low centre and west to northwesterly winds behind it.

20 to 40 mm of rain may fall within 6 to 9 hours, leading to localised flooding, especially where drainage is impeded by wind-blown debris. 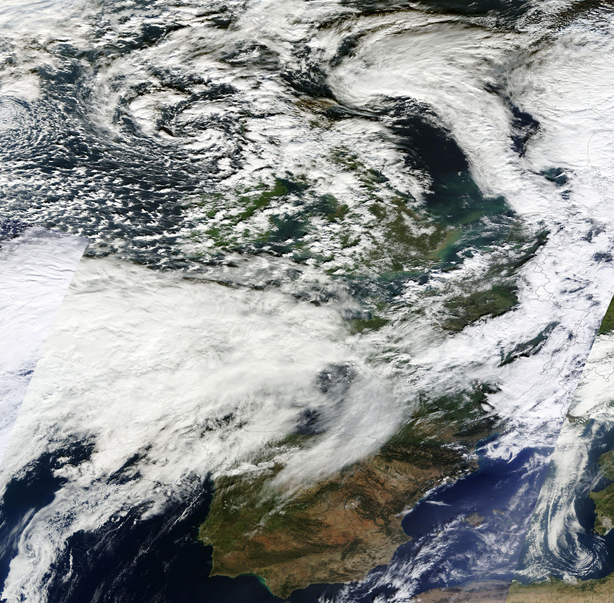