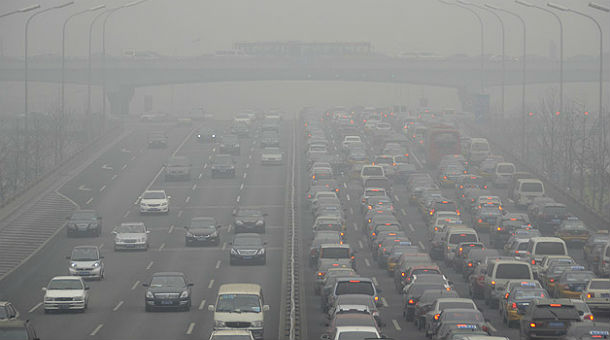 In its annual report on European air quality (Air quality in Europe – 2013 report) released on October 16, 2013, The European Environment Agency (EAA) raised concern over Particulate matter (PM), which is microscopic specks of dust and soot caused by burning fossil fuels, measuring less than 10 microns (10 millionths of a metre). Particulate matter can lodge in the airways, causing respiratory problems. Smaller particles measuring under 2.5 microns across can be breathed deep into the lungs and can be so tiny that they even cross over into the bloodstream.

EAA stated that 98% of European urbanites lived in areas that were above UN guidelines for ozone, another irritant for the airways. The heaviest pollutant in Europe are vehicles, industry, agriculture and homes. Although emissions of dangerous particulate pollution have fallen in Europe, 88% of urban dwellers are still exposed to levels that breach UN standards. According to report, emissions of PM10 had fallen by 14% in the EU between 2002 and 2011, and those of PM2.5 by 16%. 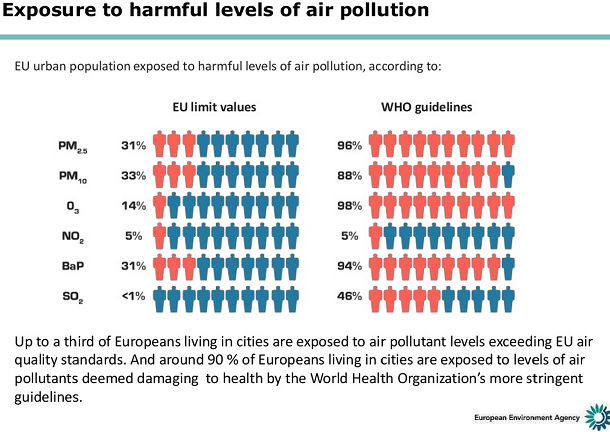 Alongside health concerns, the report also highlights environmental problems such as eutrophication, which is when excessive nutrient nitrogen damages ecosystems, threatening biodiversity. Eutrophication is still a widespread problem that affects most European ecosystems. 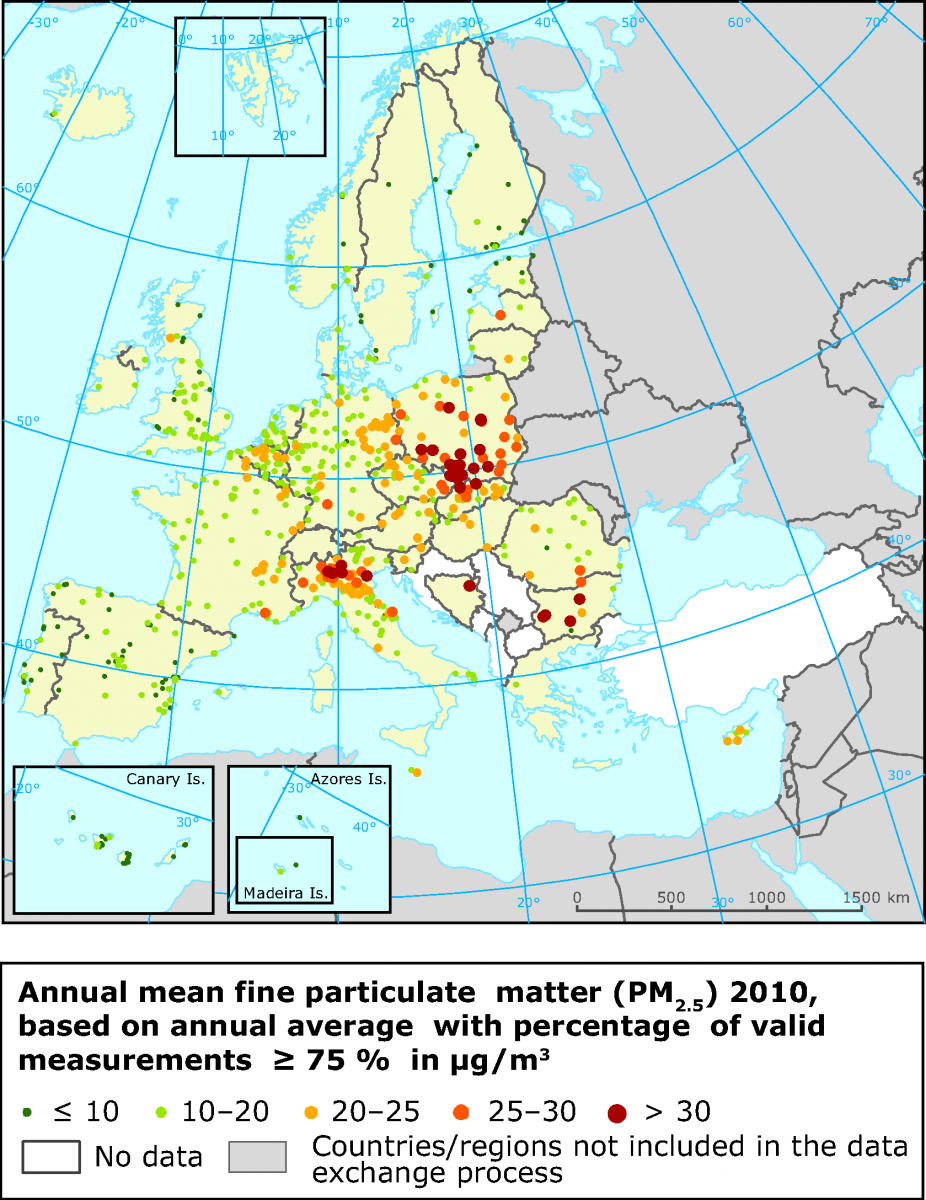 The Lancet Respiratory Journal published study "Effects of air pollution on fetal development" on October 15, 2013 which found exposure to even low levels of PM2.5 during pregnancy increased the risk of a baby with a low birthweight. Low birthweight (considered to be less than 2.5 kilos after 37 weeks of pregnancy) is linked to respiratory problems in childhood and cognitive difficulties. The data come from 14 studies in 12 European countries involving 74,000 women.

The EU has an air quality limit of 25 micrograms of PM2.5 per cubic metre, averaged out over the year. The increased risk also occurred at levels below the EU limit. According to study, every increase of 5 micrograms per cubic metre raised the risk of low birthweight by 18%.

Increased Particulate matter levels in China has been linked to hundreds of thousands of premature deaths. Earlier this year Beijing reached PM2.5 levels as high as 40 times WHO recommended limits.