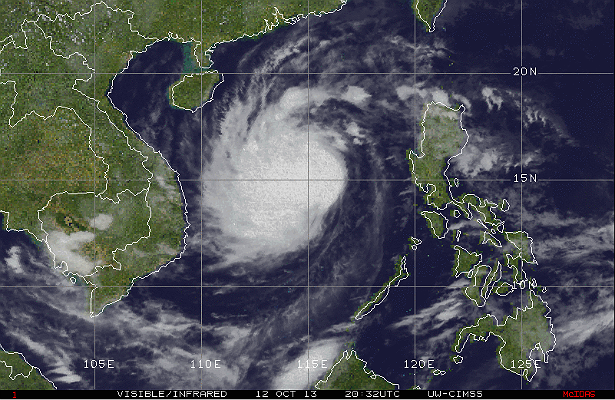 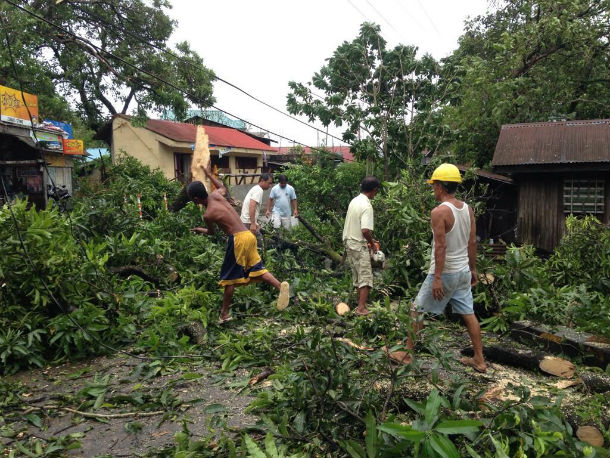 Clean up crews at work in Baler, Philippines on October 12, 2013 (Credit: James Reynolds/TyphoonFury)

According to latest report by Joint Typhoon Warning Center (JTWC), the center of Typhoon Nari is located approximately 423 nm E of Da Nang, Vietnam. The system is moving westward at speed of 13 knots over the past six hours. Maximum sustained winds are 85 knots with gusts up to 105 knots. 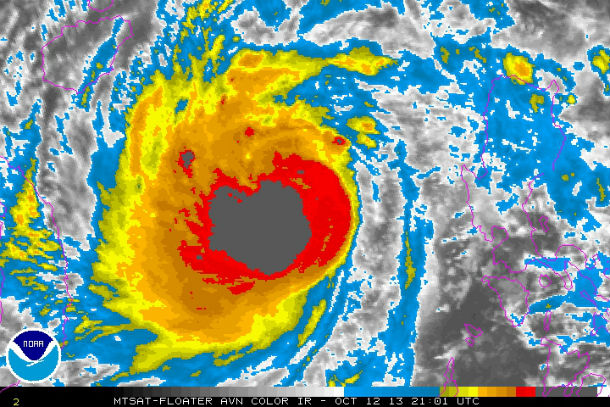 Upper level analysis indicates an overall favorable environment as good equatorward and poleward outflow persist, although some low to moderate (10 to 20 knots) easterly vertical wind shear is slightly impinging on the system. Nari should reach wind speed of 115 knots in the next 24 hours. 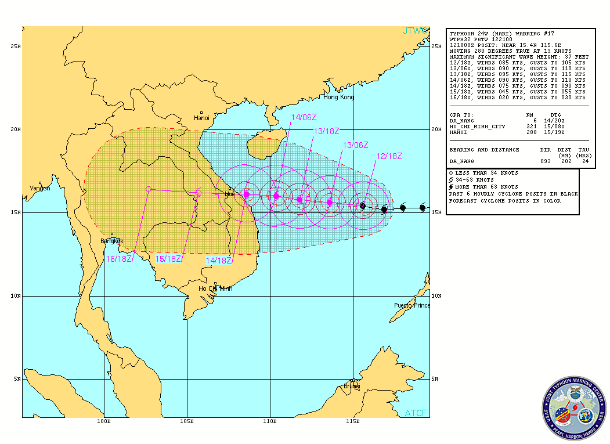 A landfall on the central Vietnam coast is expected by October 13/14, 2013. Destructive winds and an inundating storm surge will be greatest threats around Hue, Da Nang and Quong Ngai. Early warnings have been issued for coastal areas advising residents to prepare to evacuate ahead of the coming storm. The system is expected to begin to rapidly erode due to the rugged terrain.