A moderate solar flare measuring M1.7 erupted on Sunday, October 13, 2013. The event peaked at 00:43 UTC and a Type II Radio Emission was associated. Type II emissions occur in association with eruptions on the Sun and typically indicate a Coronal Mass Ejection is associated with a flare event.

The eruption was centered around geoeffective Active Region 1865 located in southeastern quadrant and current forecast warns there could be a slightly Earth directed component. The material is expected to arrive on October 15. 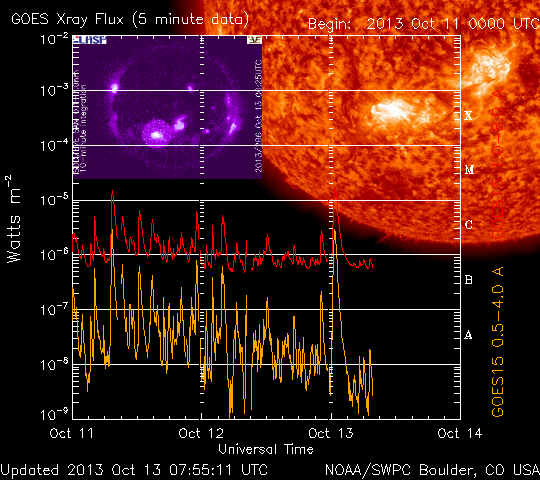 There are currently 6 numbered sunspot regions on the disk. AR 1865, the source of today's M1.7 event, is located almost at the center of the disk and has beta-gamma-delta magnetic configuration, capable of producing strong solar flares. It is geoeffective so any future eruption from this region would most likely be Earth directed. 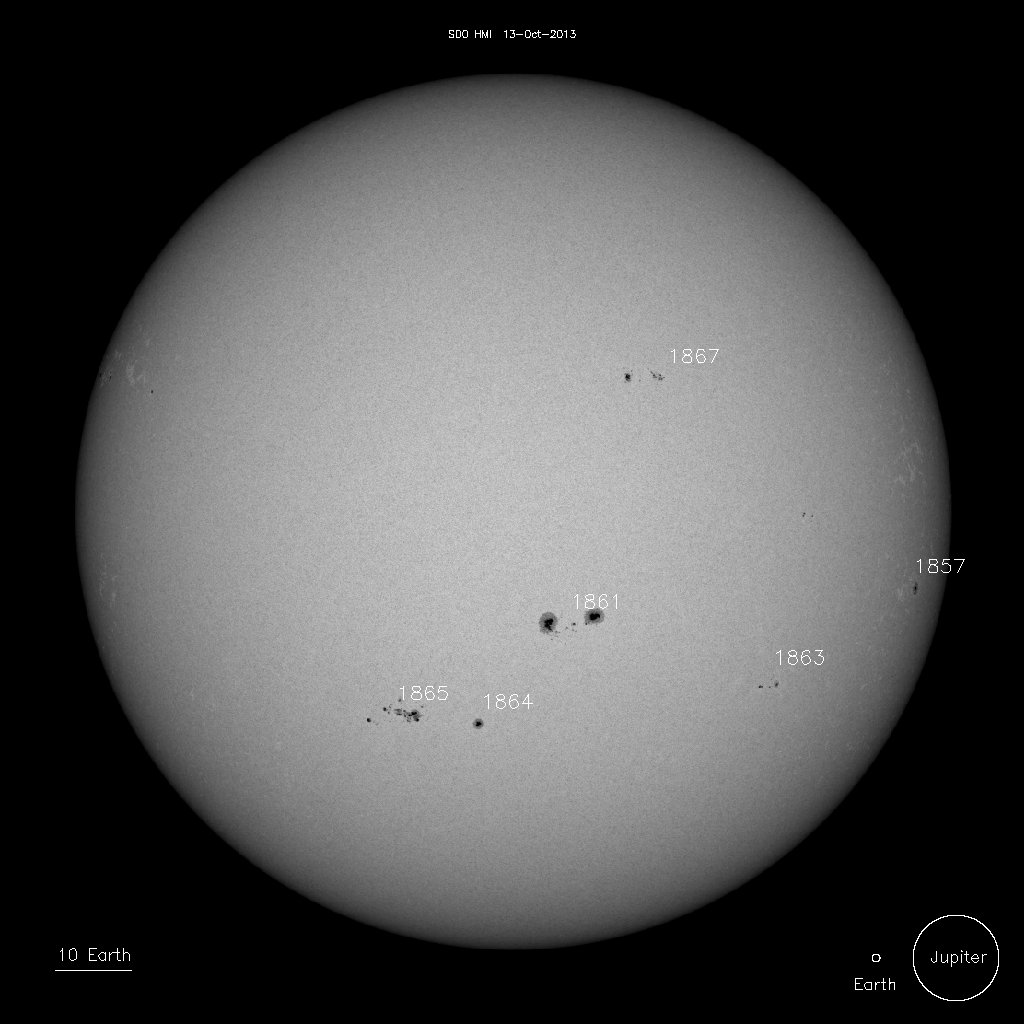