Epicenter was located 30 km (19 miles) W of Platanos and 279 km (173 miles) S of Athens, Greece. There are 152 701 people living within 100 km radius. If it were 30 km more to the east, the damage might have been very huge, even at the current depth, as the sea is weakening the impact considerably.

The earthquake has been felt well in Alexandria and Egypt.

EMSC reader from Kaliviani, 28 km E from epicenter, wrote: "From reading other comments here we did not feel it as strongly as people further from the epicenter. House shook enough for us to go outside where ground continued to shake and water in pool became choppy. Animals not affected. No damage. No panic."

Reader from Kolymwari, 42 km E from epicenter, wrote: "Worst one we had in the 7 years we have lived here & both my wife & next door neighbours left feeling physically sick."

ER wrote that the earthquake was felt completely different in various parts of Crete. As could be expected stronger to the west of the island than in the middle or at the eastern side. 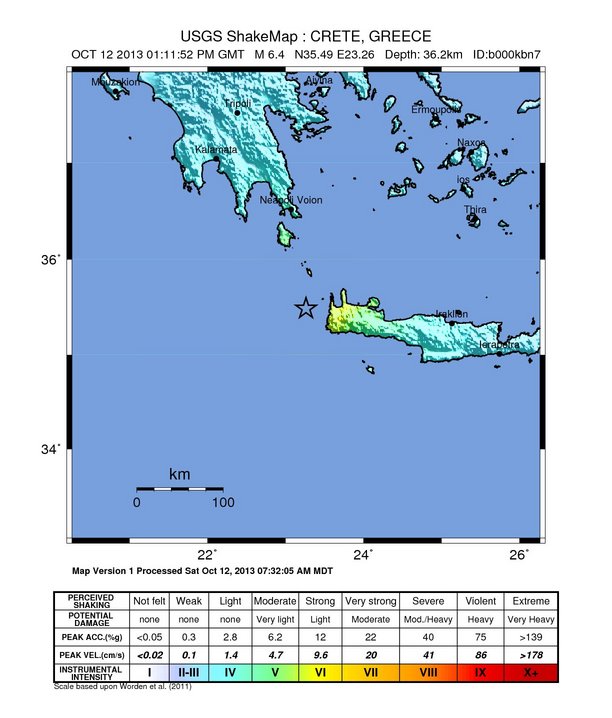