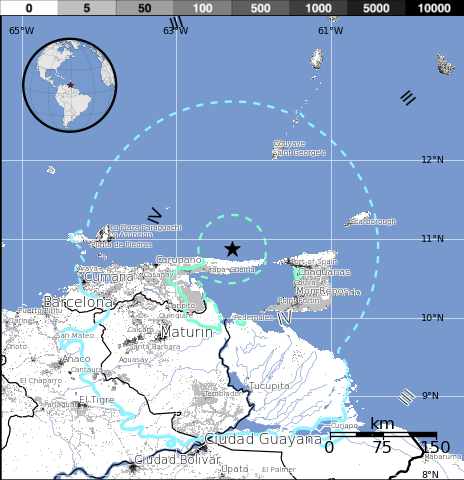 Selected cities exposed – from GeoNames Database of Cities with 1,000 or more residents.

EMSC "I felt it" reports describe today's earthquake as rare for the area and frightening. One reader from Trinidad and Tobago, located 79 km E from epicenter, wrote: "It was frightening. Lasted over a minute. Phones were down for about 10 minutes. Used what's app to contact my family in Cascade. Hope no aftershocks." 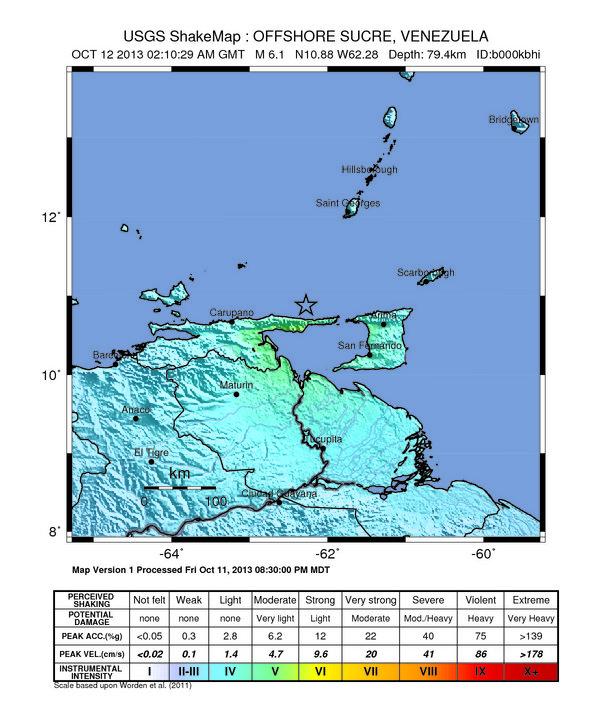