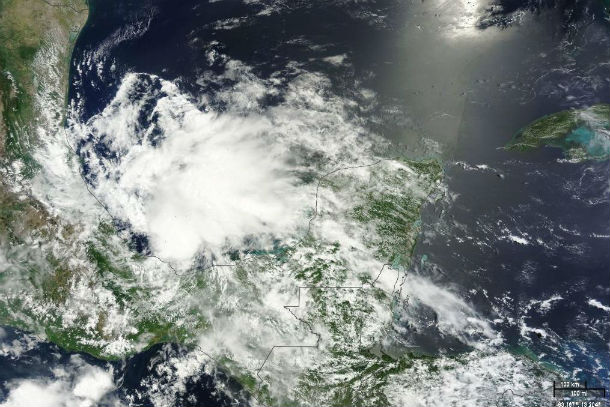 Tropical Depression Two has strengthened to Tropical Storm Barry over the southwestern Gulf of Mexico on June 19, 2013. Barry is the second tropical storm of 2013 Atlantic hurricane season and it's about to make landfall in the state of Veracruz, Mexico. The center will cross the coast just northwest of the city of Veracruz in a few hours and move inland over southern Mexico during the next 24 hours.

The system drifted over the warm waters of the Bay of Campeche, where it gained enough power to develop tropical storm features, prior to landfall. NOAA's GOES-13 satellite captured a visible image of Tropical Storm Barry just after it became a tropical storm on June 19, 2013. 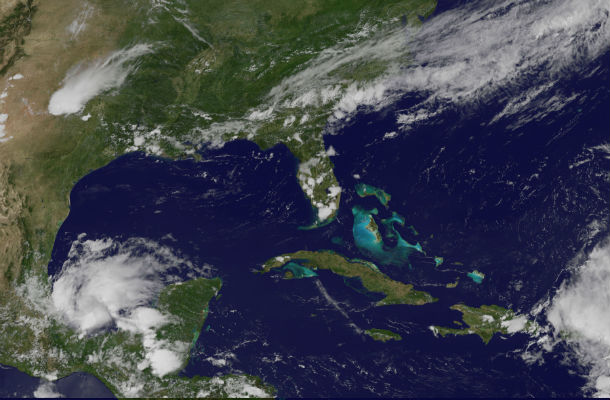 According to latest public advisory by National Hurricane Center (NHC) at 09:00 UTC on June 20, 2013, the center of TS Barry was located near latitude 19.6 north and longitude 96.2 west. Barry is moving westward near 5 mph (7 km/h) and this general motion is expected to continue over the next 24 hours. Tropical storm force winds extend outward up to 80 miles (130 km) from the center. The estimated minimum central pressure is 1003 mb (29.62 inches). 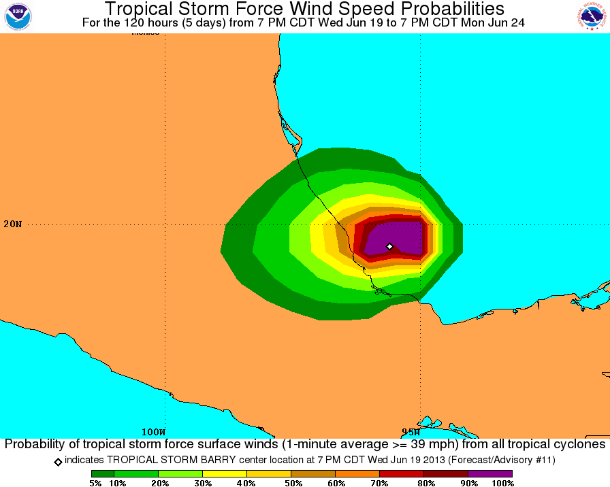 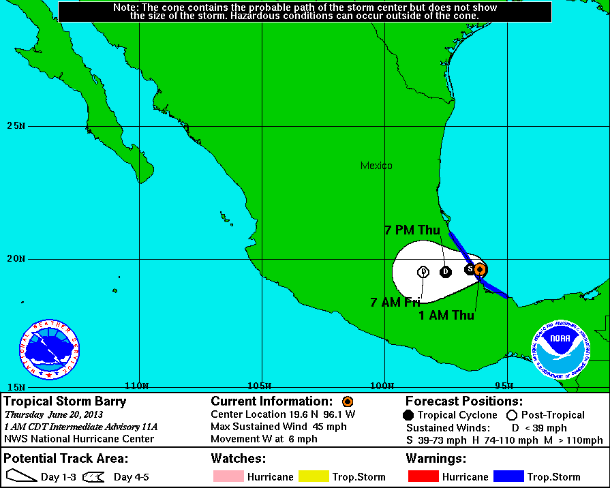 Tropical Storm Warning is in effect for Punta el Lagarto to Tuxpan, Mexico. Barry will hit the Mexico state of Veracruz as a tropical storm, bringing torrential rain and the risk of flooding in the region. Other states in Mexico that could receive flooding downpours as the system strengthens and drifts westward include Tabasco, Chiapas and Oaxaca.

Barry is expected to produce total rainfall accumulations of 3 to 5 inches with maximum amounts of 10 inches over portions of southern Mexico. These rains could cause life-threatening flash flooding and mud slides, especially in mountainous areas.