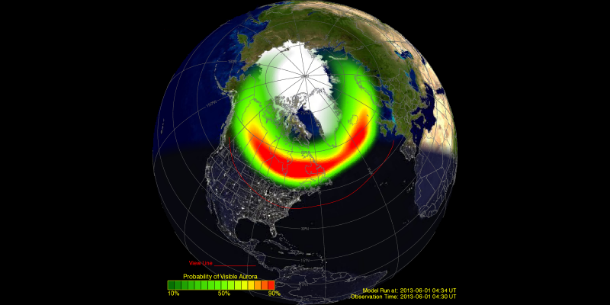 NOAA/SWPC reported passage of an interplanetary shock, recorded by ACE spacecraft. The CME-driven shock was first seen at 22:21 UTC on May 19, 2013, a bit later than forecasters had predicted. A Geomagnetic Sudden Impulse was recorded at 23:11 UTC. This signals the passage of anticipated CME past our planet. High-latitude auroras are possible in the hours ahead. Space weather forecasters expect G2 (Moderate) levels over the next 24 hours. 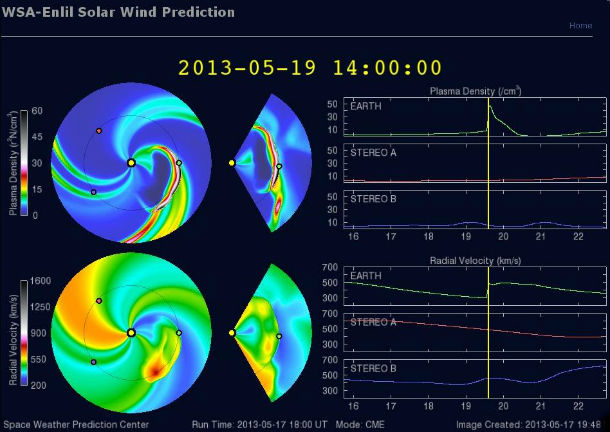 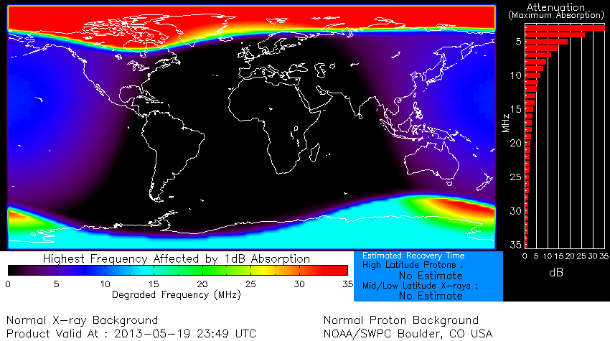 The geomagnetic field is expected to be at quiet to major storm levels during May 20, quiet to unsettled levels on May 21 and quiet to active levels on May 22, 2013. The 10 MeV proton flux has descended below the threshold of 10 protons/cm2-s-sr, for the first time since May 15, 2013. Protons have a chance of crossing threshold again in the next three days. Solar activity is likely to be moderate with a chance for X-class flares over the next three days. NOAA/SWPC forecasters estimate 65% chance of M-class and 25% chance of X-class solar flares in the next 24 hours.

The largest solar event for the past 24 hours was a C9.9 solar flare observed at 17:50 UTC on May 19, 2013. The source of this event was old Sunspot 1731 which is still hiding behind eastern limb, but will reach visible disk in the next 24 hours. There are currently 6 numbered sunspot regions on the disk. Recently very active Sunspot 1748 continues to slowly decay. All other regions are stable. 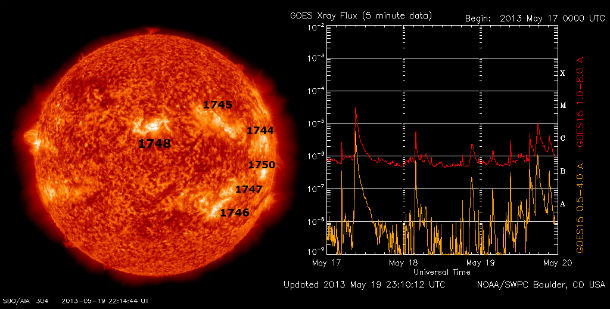