This year’s annual Eta Aquarid meteor shower peaked on May 5/6 as our planet passed through a stream of debris from Halley’s Comet. International Meteor Organization (IMO) reported peak of 135 meteors per hour on May 6, 2013. Far more than initially forecasted, 25 – 30 per hour.

The waning crescent moon interfered on the weekend of May 4/5, but next week thinning moon will be more favorable. The radiant is situated approximately sixty degrees west of the sun and it rises before the sun in the morning hours, so for most observers, the Eta Aquarids are only visible during the last couple hours before the start of morning twilight.  It is also interesting to look for the Antihelion meteors and for members of the Eta Lyrids, both are weakly active during the Eta Aquarids.

The peak of the meteor shower is behind us but the show is not over, as Earth is still passing through the outskirts of Halley’s debris stream. The Eta Aquarids are active between April 29 and May 20. A decreasing drizzle of dozen meteors per hour should be created by flakes of comet dust impacting our planet’s upper atmosphere at 66 km/s (150,000 mph) for several days to come. The Eta Aquarid meteors are the second fastest of any annual meteor shower. They travel at speeds of up to a blazing 238,000 km/h (148,000 mph). Only the Leonids of November hit our atmosphere faster. 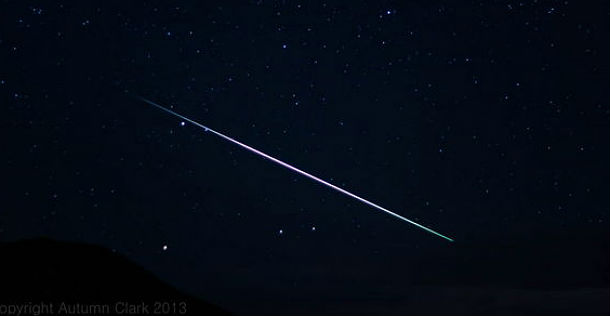 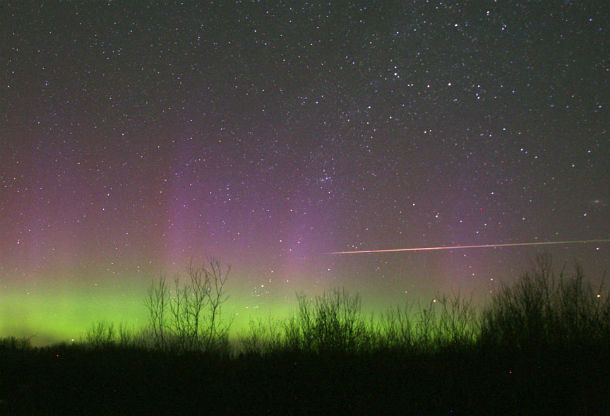 A bright Eta Aquarid streaks across the northern sky and aurora on May 6, 2013 (Credit: Bob King)