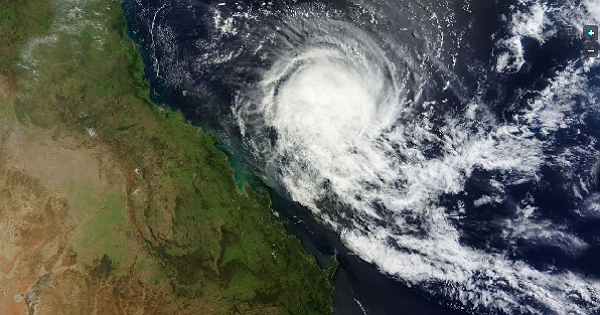 Australian Bureau of Meteorology (BoM) reported Tropical Cyclone Tim located over the northwest Coral Sea near latitude 18.4S and longitude 153.3 E, which is about 820 km east southeast of Cairns and 530 km northeast of Mackay.

Australian Bureau of Meteorology (BoM) reported TC Tim has maintained intensity in a moderate shear environment. Convection near the center has increased slighty in the last 24 hours due to reasonably good upper level outflow both on the northern and southern side. Current movement continues to be towards the SW but the system is expected to take a westward movement in the next 24 hours as it becomes gully sheared and the LLCC is influenced by low level trade winds from a high moving over the Great Australian Bight. 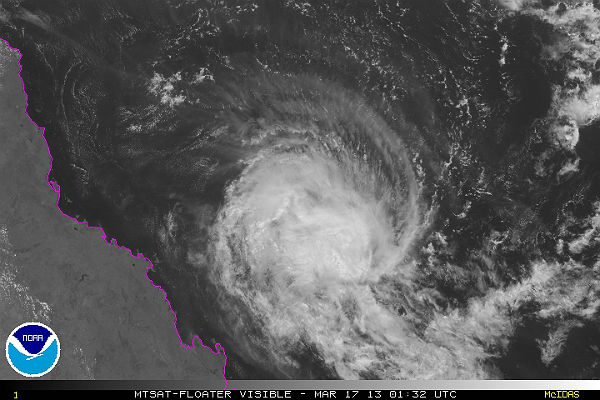 Upper level analysis indicates a trough to the west of the system and ridging extending from New Caledonia into the Coral Sea are creating a moderate to high (20 to 30 knot)vertical wind shear environment. Tim is now tracking along the northern periphery of a low level subtropical ridge to the south. The steady high vertical wind shear and dry air entrainment will cause the eventual dissipation of the system after the next 36 hours. 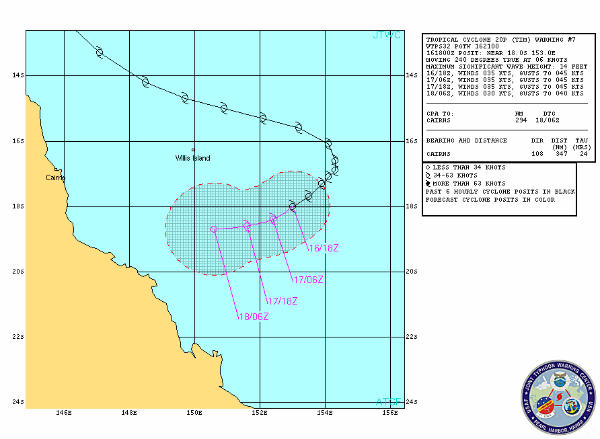 In the longer term, the remnant low is forecast to move west-northwest towards the tropical Queensland coast during the early part of the week. This should bring a general increase in showers and rain areas about the Central Coast, Herbert and Burdekin and North Tropical Coast districts in coming days. 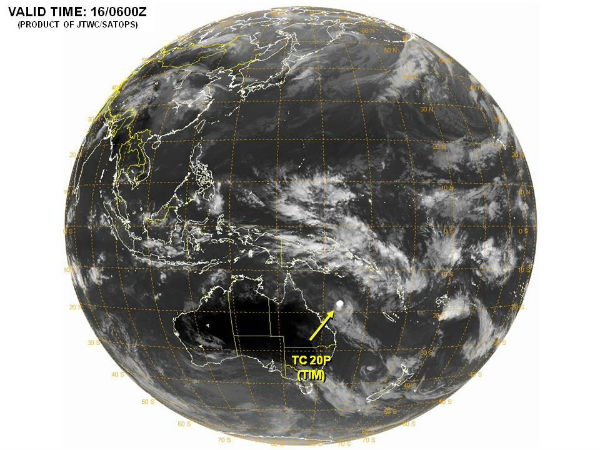