According to latest report by Joint Typhoon Warning Center (JTWC), Tropical Cyclone Haruna is located approximately 395 nm southwest of La Reunion, and it is moving eastward, away from Madagascar, at speed of 10 knots. Animated infrared satellite imagery indicates that deep convection has remained disorganized over the past 12 hours with warming cloud top temperatures, indicative of weakening deep convection occurring over the past six hours. 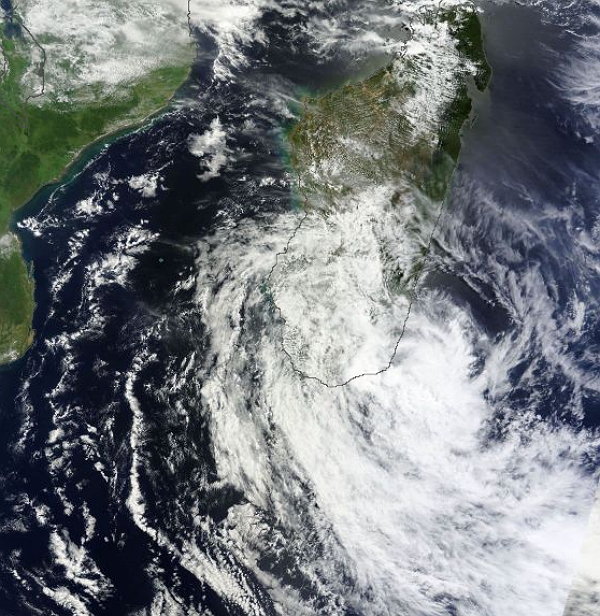 Haruna s is forecast to continue tracking eastward under the steering influence of the subtropical ridge to the north while weakening due to increasing vertical wind shear and cooler sea surface temperatures. The remnants of TC Haruna are forecast to track westward toward Mozambique after 48 hours as a strong high builds in to the south. 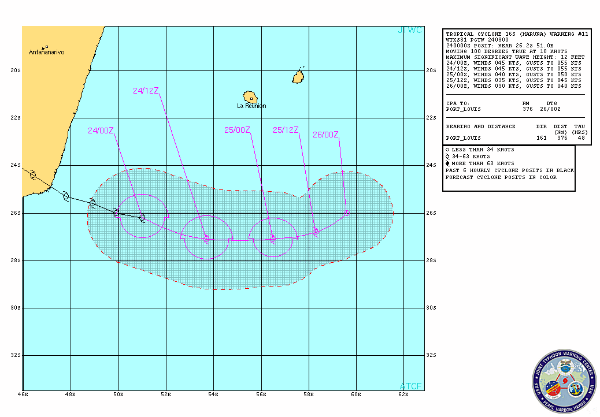 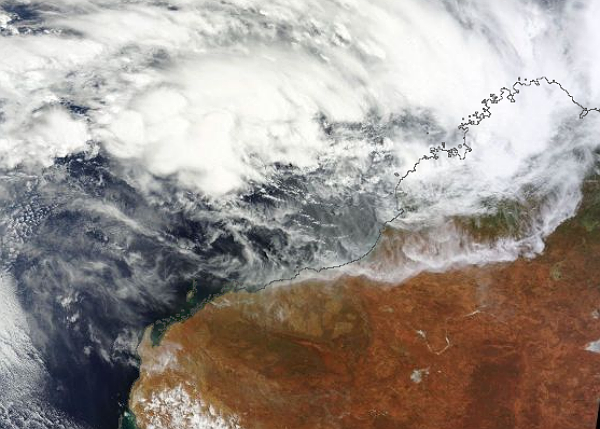 New tropical cyclone designated as Tropical Cyclone 17S (should be named as TC Rusty), is located approximately 225 nm north of Port Hedland, Australia, has tracked south-southeastward at 4 knots over the past six hours, according to JTWC. Animated multispectral satellite imagery depicts a consolidating low-level circulation center with improved deep convective banding wrapping from the south quadrant into the northeast quadrant of the low-level circulation center. Surface observations from Rowley Shoals, approximately 70 nm southeast of the center, indicate sustained northeasterly winds of 20 to 25 knots with slp near 993 mb and a significant 24-hour slp decrease of 7 mb. 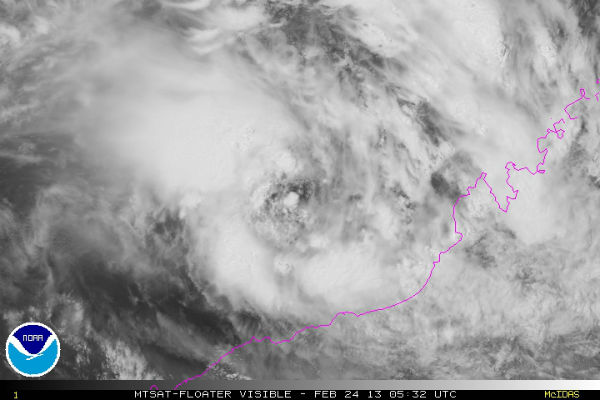 TC 17s is tracking slowly south-southeastward and is forecast to continue tracking southward along the western periphery of the subtropical ridge through the period. TC 17s is forecast to intensify rapidly after the next 24 hours to a peak intensity of 85 knots prior to making landfall near Port Hedland. The system is expected to dissipate over land by the next 120 hours as it recurves ahead of a deep midlatitude shortwave trough. 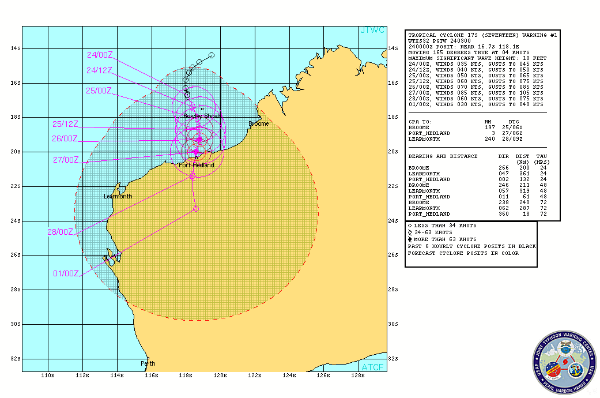 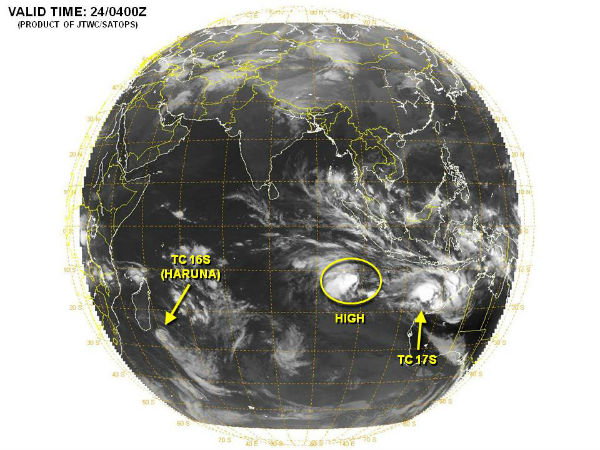